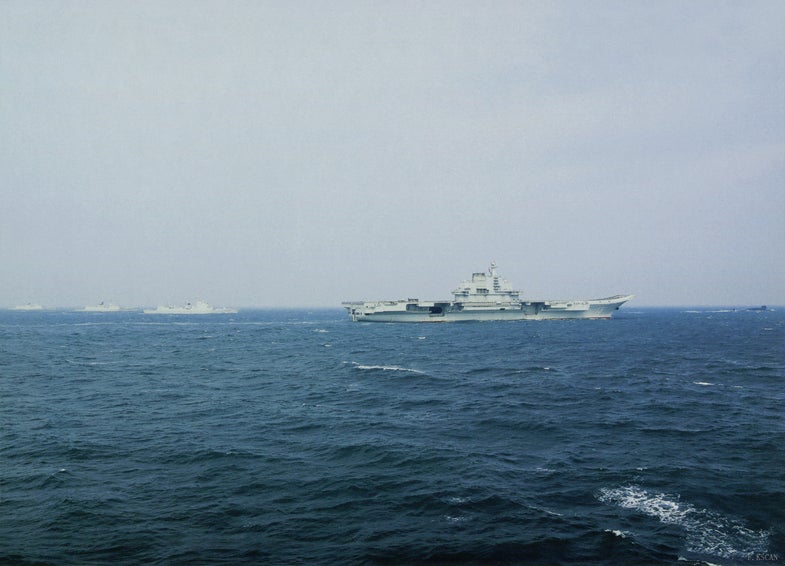 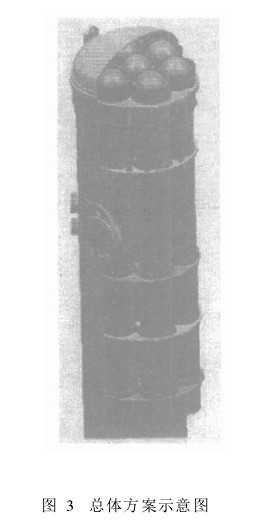 This cruise missile launcher design could take the place of one JL-2 SLBM, in a nuclear missile submarine, putting in up to seven cruise missiles.

Fresh from a family reunion in Hainan, a Type 094 nuclear ballistic missile submarine (SSBN) joins a PLAN taskforce centered around the Liaoning carrier (seen to the left). While a SSBN taking shelter inside the air defense and anti-submarine umbrella of an aircraft carrier taskforce is not a normal US practice, it could be reminiscent of Soviet naval practices, with a 21st century tweak. Though the Type 094 is not as silent as the American Ohio class submarine, it could similarly be converted to carry land attack cruise missiles (LACM), such as the 2,000km DH-10. Employed as a relatively stealthy arsenal ship within a carrier group, the 094’s LACM payload would allow the escorting destroyers and J-15 fighters to focus on air defense missions while the taskforce group sails within range of an enemy island base. Also shown is a proposed vertical launch system (VLS) cell, which could hold up to 7 LACMs to take the place of one JL-2 submarine launched ballistic missile (SLBM). The Type 094 SSBN normally carries 12 JL-2s, so a theoretical LACM payload would be 84 cruise missiles.