Search For Flight 370 Turns Up… Tons of Trash

While the search hasn't yet found the plane, it has turned up a lot of floating plastic rubbish. 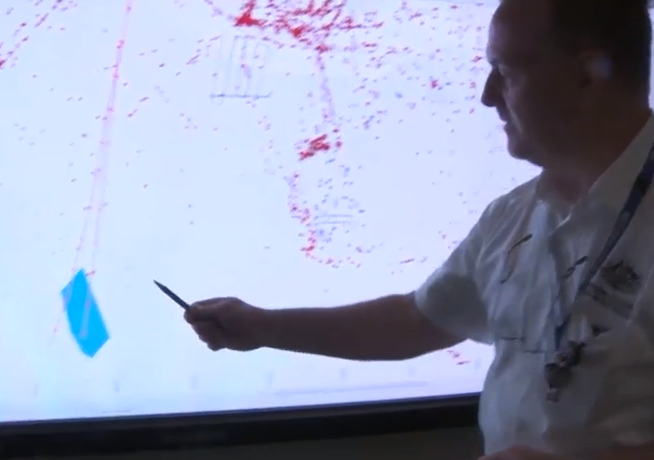 The search for Malaysian Airlines Flight 370 in the southern Indian Ocean has turned up a number of “promising” findings of debris spotted from air. But again and again, these objects have turned out to be trash. The latest debris, examined by an Australian ship today (March 31), was identified as old fishing equipment. One aircraft, a P-3 Orion from New Zealand, spotted about 70 objects over four hours. Three objects were deemed worth of further investigation, but one was probably a fishing line, “another was [a] suspected ice box lid, and a third was some unidentified brown and orange material,” according to the AP.

“A number of objects were retrieved by HMAS Success and Haixun 01 yesterday,” reported the Australian Maritime Safety Authority in a news release Sunday, referring to two of their ships. “The objects have been described as fishing equipment and other flotsam.”

The continued frustration is the latest reminder of how much trash can be found in our oceans, even in a remote area (about 1,150 miles west of Perth, Australia) that is far removed from shipping lanes and large cities. Denise Hardesty, a scientist for Australian science agency CSIRO, told the AP that her research suggests there are between 5,000 and 7,000 small pieces of plastic per square kilometer (or about 13,000 to 18,000 per square mile) in the waters around Australia. And that’s a conservative estimate.

The search area is on the eastern edge of a gyre in the Indian Ocean that contains a lot of plastic debris, most of it tiny pieces floating just beneath the surface, according to scientists. “Any search and rescue attempt will be hampered by untold quantities of debris,” Charles Moore, a sailor who studies marine debris at the Algalita Marine Research Institute in Long Beach, Calif., told the New York Times.

“You have garbage from Australia, from Indonesia, from India,” Erik van Sebille, an oceanographer at the University of New South Wales in Sydney, told the Los Angeles Times. “There are small vortexes that are mixing up the debris like stirring a teacup.”