In Most Ambitious DNA Building Project Ever, Scientists Make An Artificial Yeast Chromosome 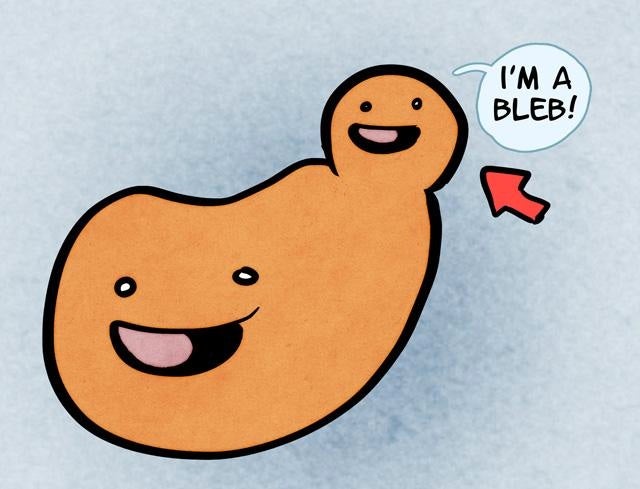 Humans have been engineering yeast “for thousands of years,” says Jef Boeke, a researcher with New York University’s medical center who is one of the world’s top yeast biology experts. At first, I thought he was exaggerating. Yeast has been ubiquitous in science labs for decades now, studied in every possible way, like a microscopic lab rat, and I thought Boeke was referring to that.

But he was referring to a more basic sort of manipulation: humans have been growing yeast for their own ends since they figured out how to brew beer and bake bread. “So we have this ancient industrial relationship with this organism,” he says.

Now he has taken the relationship to a whole new level. Boeke recently led a team of biologists in designing and building, from scratch, one chromosome of brewer’s yeast’s DNA. (A chromosome is an individually-packaged portion of a creature’s DNA, like the X or Y chromosomes in humans.) The man-made yeast chromosome represents about three percent of all of the DNA that makes a yeast. This is the first time scientists have been able to assemble a chromosome from a creature as complicated as a yeast.

This is the first time scientists have been able to assemble a chromosome from a creature as complicated as a yeast.

“The synthesis and design of the first eukaryotic chromosome is obviously an exciting milestone,” says Farren Isaacs, a cell biologist at Yale University who was not involved in Boeke’s team. “Eukaryotic” refers to the grouping of life that yeast belong to.

You might remember that in 2010, the J. Craig Venter Institute built all of the DNA for a bacterium from scratch. Yeasts are a step up from bacteria. They’re single-celled critters like bacteria, but, among other things they do differently, they manage their DNA in a more complicated way. That lets them do more with same building blocks.

Yeast and bacteria are different enough that scientists give them two different designations. Bacteria are called prokaryotic. Prokaryotes are among the world’s simplest cells, akin to the very first living things to squiggle on the face of the Earth. Yeasts, on the other hand, are eukaryotic, a group of living things that encompasses everything from them to plants to people. 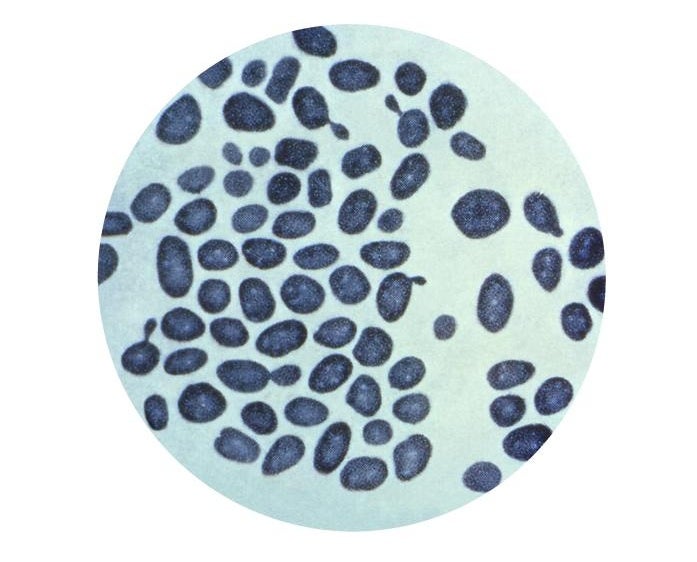 The yeast are dyed blue.

Four years after the creation of a bacterium genome, the advance this time is that the artificial chromosome Boeke made is meticulously engineered. Boeke’s team members didn’t just copy Nature. They improved on it. They snipped away some bits of DNA. They added others. They even added some stretches of DNA that give the chromosome a latent superpower that doesn’t come into play unless it’s triggered. If scientists add a certain chemical to the yeast, specific parts of the artificial chromosome are able to rearrange themselves in new, random combinations. “It’s almost akin to being able to trigger evolution,” Isaacs says.

To check that the synthetic chromosome is a workable blueprint for yeasty life, Boeke and his colleagues put it back into yeast from which they had removed the natural version of their artificial chromosome. The natural-artificial hybrid yeast grew and reproduced like its wild cousins. “It looks like it, it behaves like it, it smells like it,” Boeke says. “Basically, you wouldn’t know the difference unless you take the next step and introduce what we call the genome scrambling system into it.”

It’s not immediately clear where scientists outside of the team will take this next. Boeke’s lab has its own plans, of course. It’s long worked on building all of the DNA for a yeast, making steady progress. In 2011, not long after the announcement of the world’s first artificial bacterium chromosome, Boeke’s lab announced it had made one arm of a yeast chromosome. It hopes to manufacture all 16 of yeast’s chromosomes over the next few years.

Beyond that, Boeke hopes the DNA-scrambling technology the team created will become a new bioengineering tool for researchers and biotech companies. Scientists and companies have tweaked yeast DNA to make the creatures produce medicine, biofuels and other chemicals people want. Maybe DNA scrambling will help bioengineers find and create yeast that are a little more efficient, or a little hardier, Boeke says.

Isaacs thinks that in the future, bioengineers will combine editing existing DNA—the type of bioengineering that’s most common now—writing new DNA, which is what Boeke did.

Sounds like yeast will be a part of human biotech for many years yet.

Boeke and his colleagues published their work on the yeast chromosome in the journal Science.