How Did Insects Evolve To Feast On Your Blood?

For the past several weeks, I’ve been wrapping up revisions on my bed bug book, which is due to my... 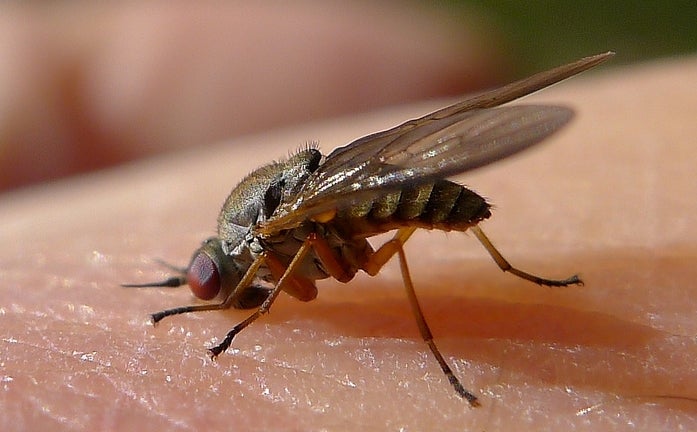 For the past several weeks, I’ve been wrapping up revisions on my bed bug book, which is due to my publisher at the end of this month. Going through the manuscript got me thinking not only about the origin of the bed bug, but of bloodsucking insects in general. When did that happen? And how exactly did that first insect decide, Hey, you know what would be really good right now? Whatever is inside that hairy animal over there. Mmm.

While it might seem like a lot of insects are out to get you, the number that want your blood is relatively small when you consider the entire class of insects. Estimates on the number of species vary, but a popular guess is at least 10 million. Out of those, only 14,000 species feed on blood, and out of those only a few hundred regularly bite humans.

According to Michael Lehane’s The Biology of Blood-Sucking in Insects, these blood feeders may have evolved their ability to feed on blood at least six unique times during the Jurassic and Cretaceous periods, between 200 to 65 million years ago (note: if you’re checking his numbers, remember we’re talking insects here—not ticks and other biting arthropods).

The first involves insects that lived in animal nests tens of millions of years ago. These insects may have accidentally ingested the dead skin and hair of the nest makers while taking meals on whatever they normally ate (maybe fungus or scat). Eventually, some of the insects may have evolved to survive on live skin and then, much later, on blood, which they may have found through open wounds or broken scabs.

The second hypothesis involves insects that had already developed sucking mouthparts to feed on plants or other insects. Some of these may have accidentally bitten an early mammal or other animal and had the right enzymes to digest its blood, eventually birthing offspring capable of doing the same.

Another cool piece of the bloodsuckers’ story is that at some point, they evolved an ecosystem of microbes in their guts. Blood isn’t exactly a balanced meal. Insects that feed on it—especially obligate hematophagous insects, which don’t eat anything else—don’t always get all the nutrients they need to remain healthy. Many insects have bacteria living in their guts that help synthesize certain vitamins. Bed bugs, for example, have Wolbachia living inside them that make vitamin B, which is absent from their blood meal. If the bacteria are eliminated, it messes with the bugs’ growth and reproduction.

Do you have your own ideas on how bloodsucking evolved? Did I miss an important source? Add it to the comments.

Michael Lehane, The Biology of Blood-Sucking in Insects, Second Edition (Cambridge: Cambridge University Press, 2005). (Note: Although most people probably didn’t notice, I got a kick out of reading this on the subway because the cover features a large SEM image of a pubic louse)