Another Effect Of Racism: Accelerated Aging

For black men, racial discrimination speeds up aging at the cellular level, according to a new study. 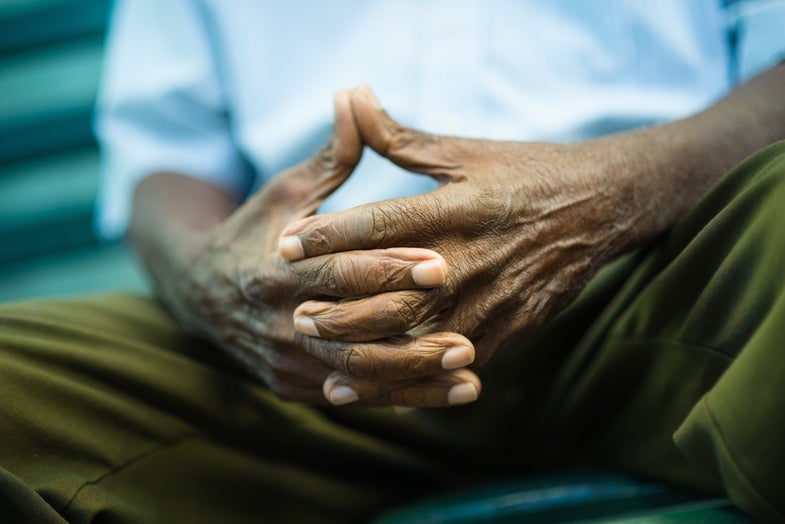 A new study from the University of Maryland found that racism may speed aging at the cellular level. Researchers found signs of accelerated aging in African American men who reported being heavily discriminated due to their race and who had internalized anti-Black attitudes.

Participants in the study were 92 black men between 30-50 years of age. They were asked about their experiences facing discrimination in different environments, such as in the workplace or housing, along with getting service in public settings like stores or restaurants. Investigators also measured racial bias using the Black-White Implicit Association Test, which gauges unconscious attitudes and beliefs about race groups that people may be unaware of or unwilling to report.

“African American men who experienced greater racial discrimination had the shortest telomeres of those studied.”

To measure aging, the scientists examined the length of telomeres, repetitive sequences of DNA capping the ends of chromosomes that shorten progressively over time, at a rate of about 50-100 base pairs annually. Telomere length is a marker scientists use to evaluate biological aging – shorter telomere length is associated with increased risk of premature death and chronic diseases such as diabetes, heart disease, stroke and dementia. “We found that the African American men who experienced greater racial discrimination and who displayed a stronger bias against their own racial group had the shortest telomeres of those studied,” says Dr. David H. Chae, assistant professor of epidemiology at UMD’s School of Public Health and the study’s lead investigator.

Researchers found that the average telomere length was 140 base pairs shorter in participants reporting higher levels of racial discrimination – this difference may equal out to 1.4 to 2.8 years chronologically. Past studies have also shown that telomere length may shorten faster under conditions of high psychosocial and physiological stress. Additionally, children who have gone through traumatic experiences tend to have shorter telomere length.

Health disparities between races are well-documented, with African Americans having shorter life expectancy and a greater chance of suffering from age-related illnesses compared to whites. This study revealing accelerated aging at the biological level may also help show the link between racism and disease risk. “Despite the limitations of our study, we contribute to a growing body of research showing that social toxins disproportionately impacting African American men are harmful to health,” Chae explained. “Our findings suggest that racism literally makes people old.”