Your basement is an ecosystem. Somewhere among the unused camping equipment and half-empty paint cans is an unseen web of... 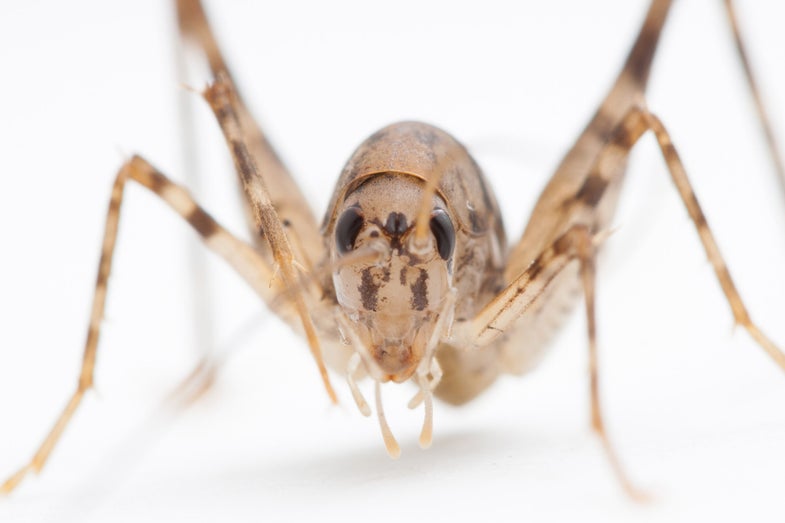 Your basement is an ecosystem. Somewhere among the unused camping equipment and half-empty paint cans is an unseen web of urban pests, from roaches to silverfish to ants. Now add another critter to the list: the Asian camel cricket, or Diestrammena asynamora.

In a paper released today in the open access journal PeerJ, researchers at Your Wild Life and North Carolina State University reveal the results of a citizen science project to identify the Asian camel cricket living in homes across the United States. It’s one of several projects from the group, which encourages people to help research the ecology of little-studied private environments including homes and yards.

The Asian camel cricket study was inspired, in part, by a chance encounter in the basement of a biologist from Your Wild Life and NCSU, who happened to have a cricket expert on hand at a social gathering. The scientists soon realized that the crickets in the basement were not locally grown. One of their previous citizen science surveys had indicated that camel crickets—though not identified on a species level—were common basement dwellers across the US. The team decided to run a more thorough survey to see whether the Asian variety was widespread, or if most people were simply housing a native species.

Previously, the Asian camel crickets were only known from anecdotal reports in greenhouses, including the first recorded instance in Minnesota in 1898. It’s possible the crickets hitchhiked into the country via plants shipped from their native regions, thought to be either China or Japan.

The new paper used two surveys, including an open poll online, which had 549 responses, and a direct survey of participants from a separate Your Wild Life project, which pulled in an additional 1,719. Between the two surveys, 669 households representing 39 states and Washington DC reported camel crickets in their homes. And out of 163 respondents who included photographic evidence, 88% had the Asian camel crickets.

Luckily for all the folks who responded “yes,” the camel crickets are pretty harmless, says Holly Menninger, the director of public science for Your Wild Life and one of the paper’s authors. They aren’t a health or agricultural threat. “I don’t think that they even eat plants—they are not a classic herbivore pest,” she adds. “But they are probably a nuisance pest in terms of their numbers.”

But the fact that the cricket has gone virtually unnoticed in so many basements across the country does tell us a bit about the invisible changes in our own ecosystems. It also points to the ease with which a non-native species—even dangerous invasive ones that threaten biodiversity, health, or agriculture—can sneak into and out of different regions of the world.

Aside the simple thrill of scientific knowledge, it’s helpful to know the histories and patterns of non-native species for a couple of reasons. First, it hints that many non-native species go undetected and may be worth investigating, if we look in the right places. Second, understanding how an insect came into the country helps us understand how more worrisome pests might enter, especially those that can cause crop damage or other problems.

“There are so many species that arrive undetected, when we’re not looking,” says Menninger. “Or they come in such small numbers when they first enter that it is really hard to find them—like looking for a needle in a haystack.”

Indeed, it’s strange to think that in our increasingly globalized world, not only are people from different countries importing and exporting goods and culture, we are also spreading crickets and other insects. Maybe someday all of our basement ecosystems will look the same.

So, readers, have you seen any of these camel crickets in your basement? Let me know in the comments.