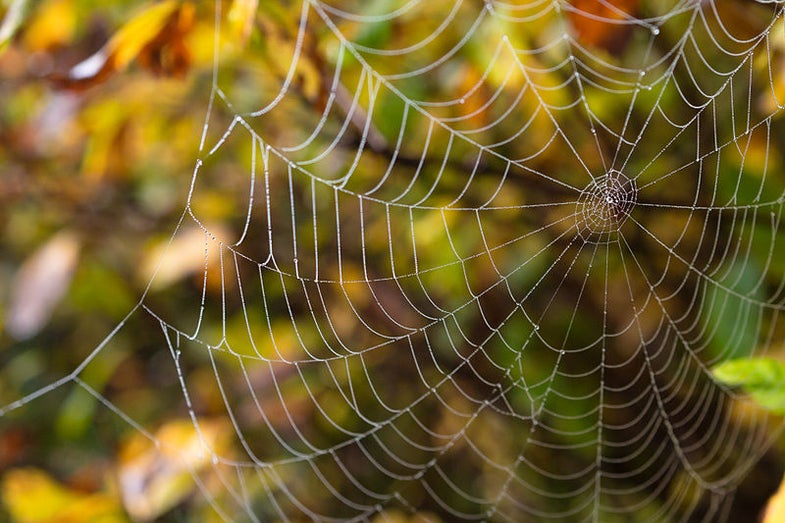 Could spider silk be a better silicon?. Wikimedia Commons
SHARE

But it can be hard to tell your house millipede from your garden-variety centipede, or your dangerous brown recluse from your everyday grass spider. Now there’s an app for that.

“Spider in da House,” which might be the best name for an app ever, has photos, identification tricks and other info to help you figure out which crawly you just found hiding in the corner or under your pillow. You might find them creepy, but spiders are friends, points out Adam Hart, a researcher at the University of Gloucestershire. “By eating flies and other insects, spiders are not only providing us with a pest control service, but are important in ecosystems,” he says. “They often feed on the most common species, preventing a few species from becoming dominant.”

The app is sponsored by the University of Gloucestershire and the UK-based Society for Biology, so right now the spider species on there are common European ones. But many of those, like the hobo spider, European garden spider and others, are also found in the US. 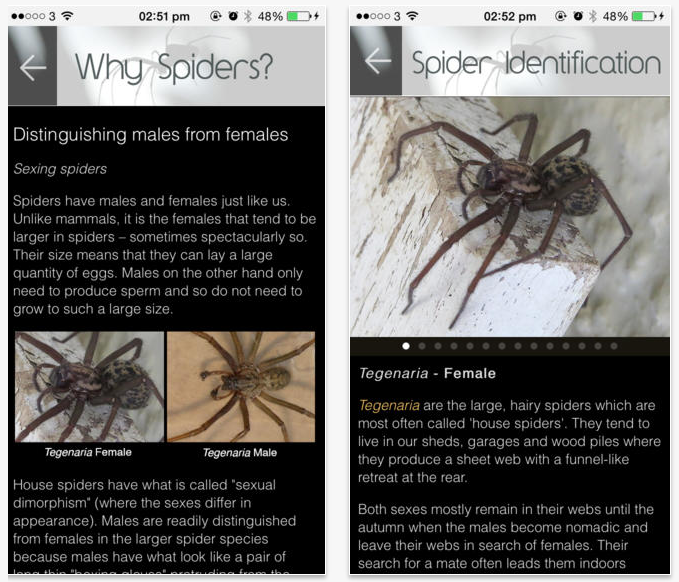 Society members built the app after a recently-ended survey asking people to identify spider species and spider sexes. It didn’t go very well, apparently — people “struggled to differentiate,” according to a Society of Biology release. “We want to encourage people to respect and learn more about their little house guests,” Hart says.

The app has lots of photos and descriptions to help you figure out what’s what. For instance, if you see a spider with a boxy, tank-like head with two huge eyes, and you feel like it’s looking at you, it’s probably an adorable jumping spider. And it probably is looking at you. Their vision is as good as ours. There’s more info in the app, which you can get for free on Apple or Android devices.