A Visit To An Elephant Orphanage 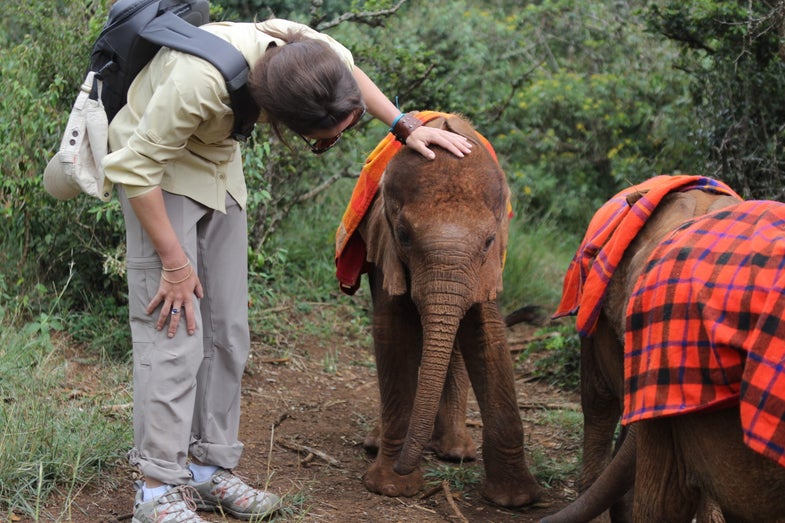 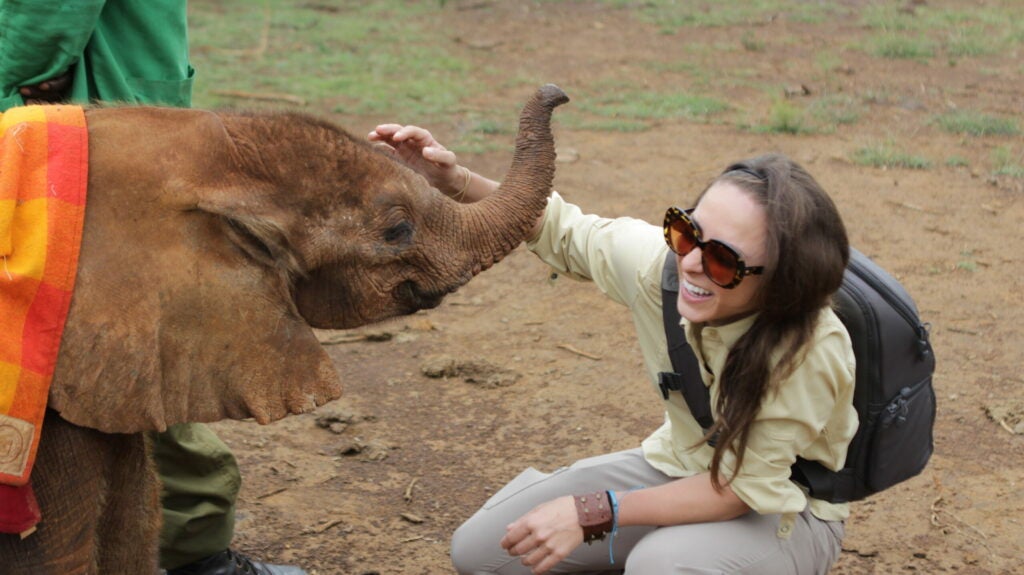 Katie And The Baby

Oltaiyoni was found wandering all alone in the wild. Three-week-old Ashaka was stuck in a mud hole, desperate for help. Barsilinga was rescued at just two weeks old, when his mother was gravely wounded by poachers. I’m surrounded by these three orphans, and more, as they come in from a mud bath at their new home, the David Sheldrick Wildlife Trust (DSWT), an organization in Nairobi, Kenya that rescues and rehabilitates elephants.

But it’s not until baby Sokotei, wrapped in a blanket, his sleepy eyes gazing at me, lifts his warm little trunk to my face, sucking at my cheek like a tiny vacuum, that I start brainstorming ways to bring the orphan, who lost his mom to a mysterious illness, back to my New York apartment.

In 1977, Africa was home to 1.3 million elephants. Today, there are fewer than half of that, according to the World Wildlife Fund. In 2013, poachers killed 302 elephants in Kenya, down from 384 in 2012. Last year, Kenya’s government increased the punishment for poachers from what used to amount to a slap on the wrist to a fine of up to $230,000 and the possibility of life in prison.

DSWT is hard at work to save the wild population that remains, and to do that, the organization relies on technology and heavy surveillance. The Trust has eight anti-poaching teams, four aerial surveillance planes (two Super Cubs, a Top Cub, and a Cessna 185), and recently purchased a helicopter, which can land much more quickly than the planes, and will be a huge help in getting medical treatment to injured animals, when it spots them, as well as apprehending poachers.

Pilots are paired with armed Kenya Wildlife Service rangers, and they plan ambushes from the air to stop poachers from shooting and ensnaring elephants, rhinos, and other wildlife. The teams also patrol the ground on foot, armed with cameras, GPS, and radios. DSWT collects field data, storing it in a database that enables the organization to track crucial trends to the monitoring process and deter poaching. Since its launch in 1977, the Trust has played a role in the arrests of 1,616 poachers.

While all that’s going on in the field, the heart of the organization actually centers around the Orphans’ Project, which brings us back to the baby elephant whose trunk introduced itself to my cheek. The project, which is the most successful of its kind, has rescued and raised more than 170 baby elephants, and then reintegrated them back into the wild. During my visit, 55 keepers were caring for 77 elephants, many of which are infants. This is the most elephants than the Project has ever had. The keepers feed them a special milk formula, developed on the premises, for the first three years of the animals’ lives, while also working to heal them, mentally and physically. The cost to care for each elephant is about $900 a month — raised from donors — and an elephant remains at the center for five to 14 years, until it’s ready to be released into Tsavo National Park.

That day is bittersweet, but it’s not always a goodbye. Angela Sheldrick, the daughter of DSWT founders David and Daphne Sheldrick, says elephants that have been released often choose to come back with their own babies and introduce everyone.

“Elephant ex-orphans return with their wild-born young and share their joy with their human family,” Angela says. It’s true what they say: an elephant never forgets. DSWT is open to the public (for about a $6 US donation) from 11 a.m. to noon each day, when the baby elephants, along with two other age groups, come in for their daily mud bath. 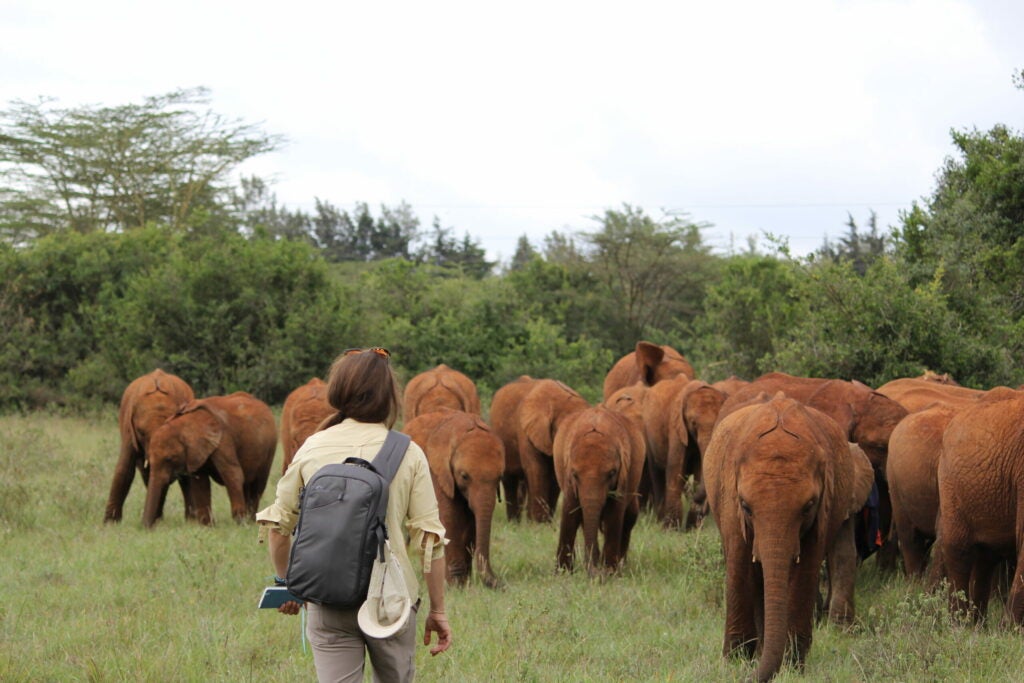