When Predators Bite Off More Than They Can Chew 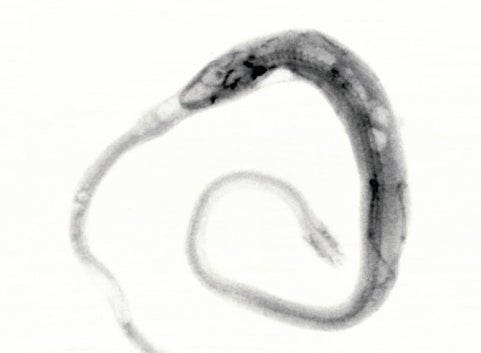 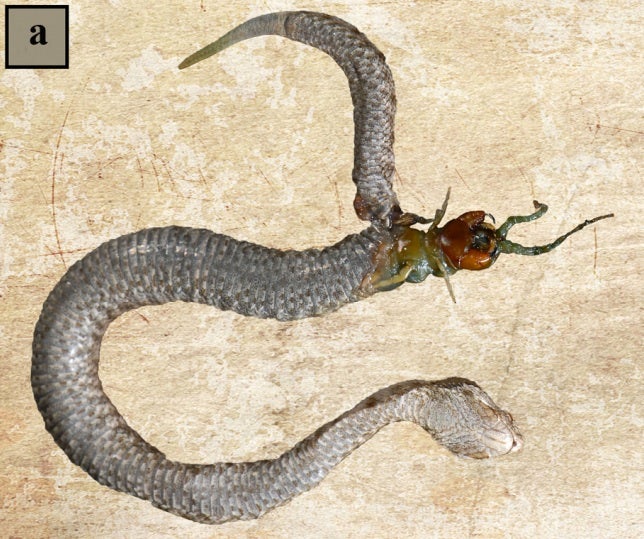 We were entranced recently by a report of a young snake that tried to eat an old centipede. It seems the snake managed to swallow the centipede live, but then the centipede fought back, attempting to escape by eating its way out of the snake’s body. Really. Read the full story at NBC News—and read the paper, too, which was published in the journal Ecologica Montenegrina. It’s only a page long and worth every sentence.

This got us thinking about other predators that have tried to bite off more than they could chew. We found a number of examples in the scientific literature:

This coral snake (Micrurus ibiboboca) asphyxiated while trying to eat a cat-eyed night snake (Leptodeira annulata), which also asphyxiated because it was, you know, stuck inside the coral snake’s body. 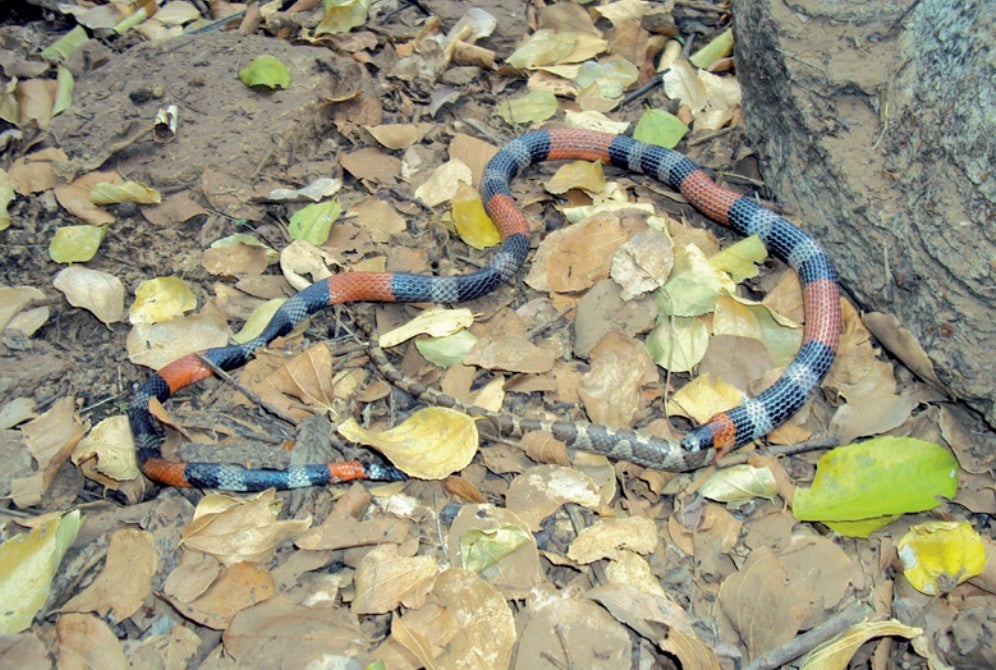 While it seems too meta for a snake to eat another snake, apparently some snake species actively prey on others of their suborder. Lab studies show that when done successfully, the prey snake gets scrunched up in waves inside the predator snake’s body. Among other things, it’s possible the coral snake here failed to bend the cat-eyed night snake’s body into waves, the snakes’ discoverers wrote in the journal Herpetology Notes.

Here’s a photo and an X-ray of an Oxyrhopus petolarius snake that tried to eat a house gecko (Hemidactylus mabouia). Researchers in Brazil actually received the snake alive one day in July 2012. They put the snake in a terrarium, where it tried, unsuccessfully, to regurgitate its too-large meal. Researchers found it dead the next morning.

Skin Damage On, and X-Ray of, a Snake that Ate a Too-Large House Gecko

Apparently, among snake researchers, it’s well known that snakes sometimes die trying to eat things that are too big for them. It happens most often to juvenile snakes. Scientists think the youngsters over-estimate their own abilities, or are forced to try larger prey when they can’t find anything small, perhaps because their elders have already gobbled up the good stuff. Poor young snakes.

In 1935, Australian farmers released cane toads (Bufo marinus) into Queensland. They hoped the toads, which are native to South America, would eat cane beetles that were destroying sugar cane fields. The toads not only did not eat the beetles, they wrecked havoc on the island continent’s unique ecosystem. They became a classic example of why it’s a bad idea to introduce new animals into a delicate environment.

Cane toads are poisonous, but the poor predators of Australia didn’t initially realize this. (Studies have found that some species have since learned to avoid the toads.) In 2008, a team of three University of Sydney biologists found the locations of crocodile mass deaths matched the “toad invasion front.” As the toads moved inland, so did the crocodile die-offs. Croc populations plummeted by as much as 77 percent after toads arrived, the researchers reported.

And here is the body of a grass snake (Natrix natrix), pierced by the spines of a brown bullhead fish it ate (Ameiurus nebulosus). Biologists discovered the snake, along with some of its unfortunate comrades, in a marsh in Bosnia and Herzegovina. The snakes are native to the region, but not the fish.