A game/art exhibit that's all blade, no runners. 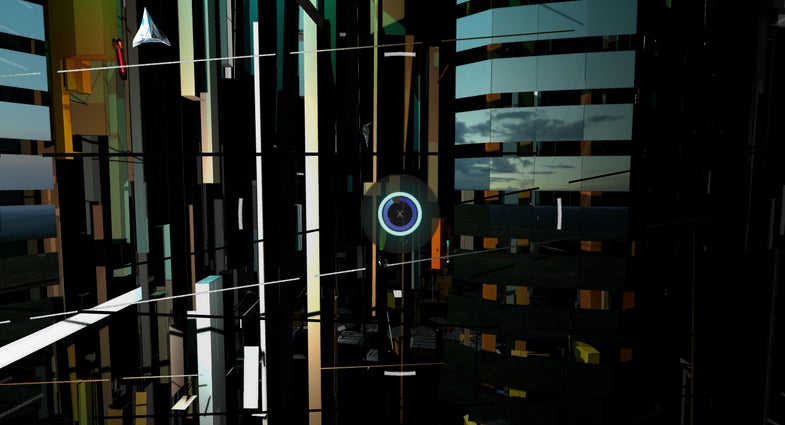 There's a reflection of the sky on these windows, but no sky visible to the player's electronic eye. Liam Young, City of Drones
SHARE 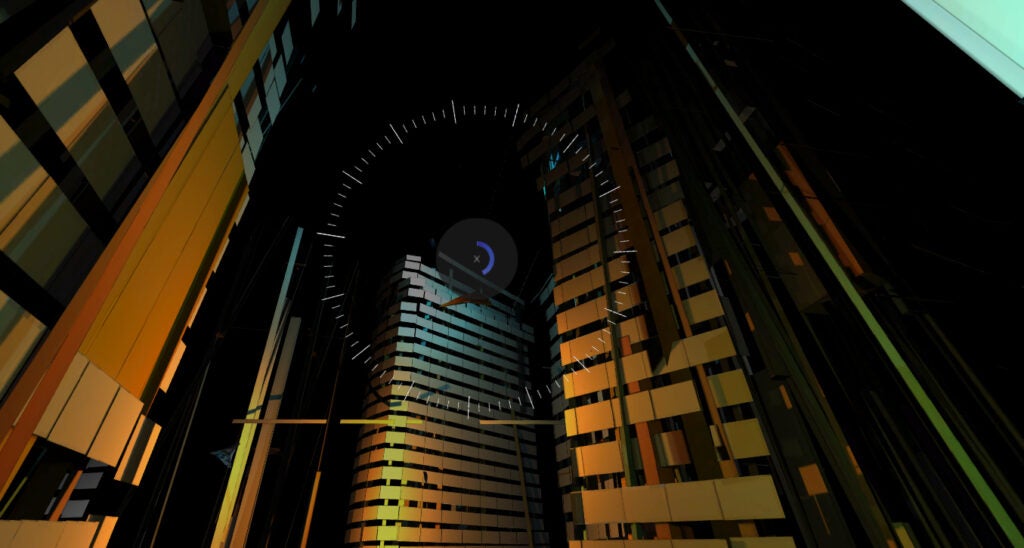 Screenshot From City Of Drones

It’s a weird sensation, being born in midair. Within seconds, users exploring Liam Young’s conceptual art project “City of Drones” find themselves staring out the eyes of an unmanned robot, falling gently towards what appears to be something like the ground. “City of Drones” is as much statement as game, an artful exploration of a world filled only with robots and obstacles.

The project is soundtracked by musician John Cale, who brings a sparse touch to the world, evoking a mechanical wind on a desolate plain, like a Spaghetti Western filmed in an abandoned city. Voices chatter through static, air traffic controller technobabble speaking into a robotic void.

The world itself was constructed by Liam Young, a self-described speculative architect, and the London-based digital art studio FIELD. The world of City of Drones is peopled, as it were, only by buildings and flying objects. Many of these drones take on familiar shapes: flying wings, rotund cigar-like blimps, and the matchstick-with-wings body type common to military drones like the Predator. Others are abstracted further– shiny diamonds, matchstick mutants covered in wings at all angles, discarded origami drifting through space. The drones seem to fly in lanes, keeping neat lines along x, y, and z axes. It’s a world that operates in rough imitation to something real, like a first rendering of a Coruscant cityscape background in the Star Wars prequels.

Illah Reza Nourbakhsh, a professor of robotics at Carnegie Mellon, uses the term “robot smog” to describe this kind of future. He writes:

In City of Drones, there is no such interaction, because there are no people. It’s the smog without the people breathing it in, the pollution without the ecosystem it’s disrupting. It’s a fanciful world, and an empty one. If this is the future of drones, what is the future of people? One guess: they’re all hiding out in drone-proof cities. 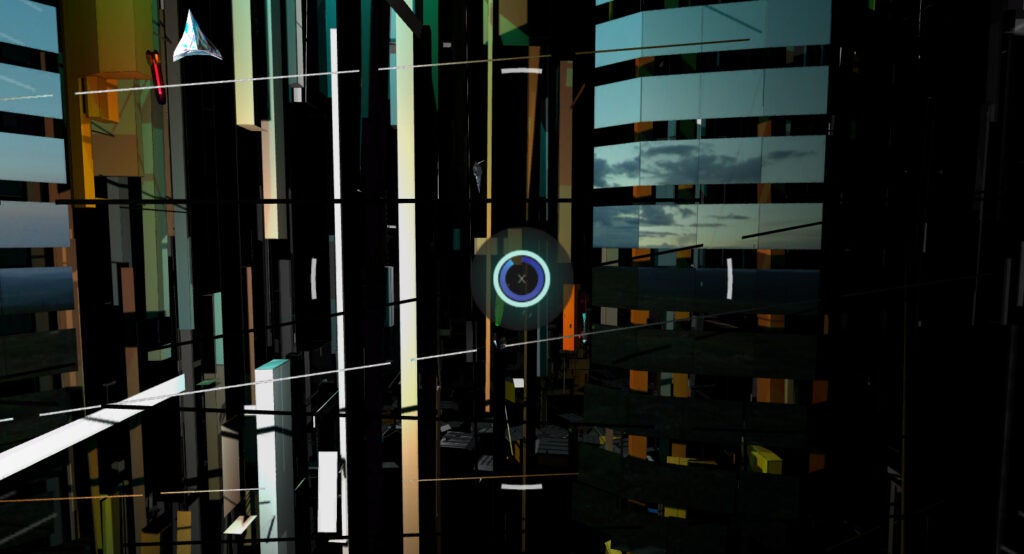 Skyscrapers And Drones In City Of Drones

There’s a reflection of the sky on these windows, but no sky visible to the player’s electronic eye.
Kelsey D. Atherton