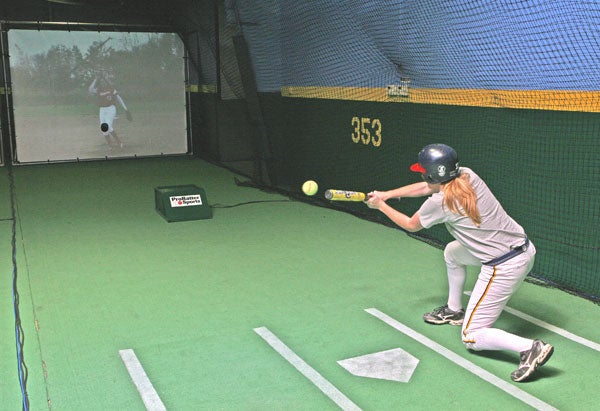 Every four years, we watch. We marvel at badminton and wonder about the modern decathlon. With more than 300 gold medals awarded across 37 disciplines, our lives are suddenly much less productive. To aid in your immersion, we continue with our daily edition of “know your Olympic sport,” by fielding some softballs.

With its Olympic license being revoked after these games, let’s pay tribute to Jennie Finch by profiling a pitching machine, a method to improve your eyesight and little bit more about softball’s secret weapon.

Read a line of random letters on the chart at your doctor’s and you’ll know your eyesight. Rip off the 20-20 line and you’ll likely get a pat on the back and a reminder to check back next year. But, who says 20-20 is good enough? According to Tanya Porter, who works at Athletic Republic and serves as the Technical Director for Performance Technology for USA Softball, most professional baseball players have 20-12 vision. For those who don’t have it naturally, they buy it. Porter says that many athletes will get corrective lenses to bring their acuity to 20-15 or 20-12. So why are us mere mortals stuck at 20-20?

“It takes the doctors longer to dial in with the left lens, and then the right lens, asking you which is better,” said Porter. “It can take them twenty extra minutes. When they feel that 20-20 is satisfactory enough for every day living, they’re not going to spend more time on it.”

A set of lenses will help you spot your Dad in the crowd, but the eyes have to do a bit more to hit and field in softball. To further tune up their functional vision, the Olympic team added specific training to its daily routine. The first part of the program used Visual Performance Enhancement software (provided by Olympic sponsor Johnson and Johnson) to improve specific characteristics. Short term memory games of flashing numbers trained the eyes to quickly identify things (think pitch types). Peripheral games required identification of objects in the center and edges of the screen (think base runners). Scanning games flooded the screen with objects and required the identification of singular items (think fly ball near the crowd). Practice with stereo vision helped improve depth perception (seeing the ball off the bat). In all, there were six activities and players were asked to spend 12 minutes five days a week conducting the tests from January straight up till the flight to Beijing. 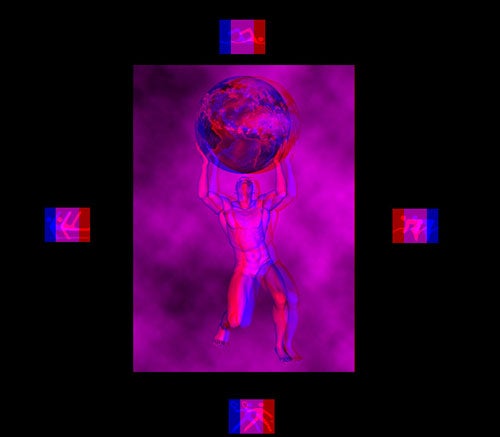 Off the computer, the team trained with a modified tennis ball machine that shot colored, and numbered balls, anywhere between 60 and 100 mph. Players would start by merely holding a bat and yelling the color and number as the speed increased. Next they would bunt the ball, identify the color and number and try to point to where the ball hit on the bat (they’d often miss by inches). Ultimately they were taught to take a full swing only on only specific combinations of colors and numbers.

So how much did it work?

“That’s where it’s really hard to connect these skills directly to performance,” said Porter. “People realize it plays a part but no one can say that because Barry Bonds had 20-8 vision, he hit so many homeruns. Some data says that the results of these tests do correlate to higher batting average, but mostly it’s anecdotal data. That’s why it’s a stretch to get adoption in the sports industry.”

We’re guessing a gold medal should help with that.

Earlier in the series we profiled a ping pong ball machine, and next we promise a machine that shoots shuttlecocks, but for this installment we stick with softball. The Chinese team is well aware of the American dominance in softball (see: silver in 1996), but if there’s one thing they don’t mind, it’s practicing.

In search of infinite iterations, the Chinese team purchased the ProBatter PX2. Not your father’s pitching machine, this simulator comes complete with a DVD quality 8X10 foot screen. Actual footage of a pitcher on the screen shows a real motion while the ball fires through a hole in the screen at the appropriate release point. The ability to time a ball based on watching a pitcher’s motion is a massive leap in the realism for such technology. A handful of professional baseball teams have purchased the baseball version of the system (Red Sox, Yankees, etc.).

The patented three-wheel machine fires Finch-like pitches through the screen with a pitch selection twice that of any Olympian (40-70 mph at 2 mph increments, eight types – fastball, change up, curve, screwball, drop, screw riser, riser, curve drop) Users specify pitch sequences and location with a single click (one of nine spots with three-inch accuracy) or allow the computer to randomize per their skill level (one of nine) and height. Stored indoors (visual problems), the machine hasn’t yet replaced the batting practice pitcher but ProBatter is working on it. At $45k it’s not likely to show up in many high schools, but the Chinese aren’t about to put a price on gold.

Bring Back the Ballgame

Ever wonder what makes a sport worthy of the Olympics? So do we. With both baseball and softball on the chopping block but field hockey apparently secure, we’ve given up. But for those inspired by what they read here, you can help try and put softball back in the Olympics in 2016. The Back Softball campaign is focusing on increasing participation by promoting the sport in the Middle East and Europe through teaching and equipment donations. To support the cause, click here.

Alright, you’ve waited long enough. You can buy a personalized bat or the windmill machine she swears is the key to her amazing rise pitch. She’s toured the country striking out Major League Baseball players (Pujols, Piazza) who have less reaction time against her 60 mph pitch from 43 feet (0.350 sec) than they do against a 95 mph baseball pitch from 60 feet 6 inches (0.395). In this clip from the television show Sports Science you’ll learn a bit more about what makes Jennie so special to us all.