How A Guy Who Failed Physics Is Reinventing Higher Education

EdX CEO Anant Agarwal is digitizing his teaching—and every student can benefit. 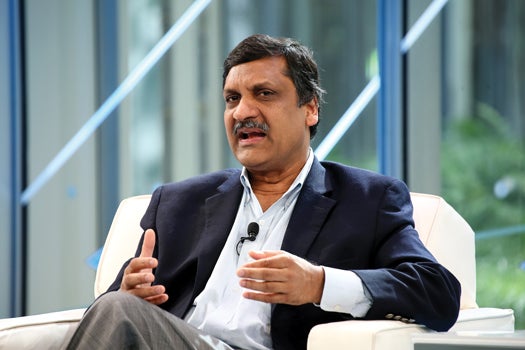 As a freshman at the Indian Institute of Technology Madras in the late 1970s, Anant Agarwal was one of the only students to fail the physics midterm. The setback, he recalls, made him see that his small high school in Mangalore hadn’t prepared him for college. “I realized that education is very different in different parts of the world,” says Agarwal, who went on to become a computer scientist. “Some people have access to really high-quality material, but others—simply by virtue of what they have or where they are—don’t.”

Nearly 25 years later, Agarwal was teaching at the Massachusetts Institute of Technology (MIT) when he and colleagues began augmenting their classes with online videos and discussions. He then built a prototype website so he could virtually teach his introductory electronics and circuits course, complete with an interactive version of a real-world lab. Its success inspired the university to launch MITx in 2011. The platform rolled out with Agarwal’s circuits class and now offers more than 30 free courses that span the institute’s five schools.

Through a nonprofit called edX, MIT also shares the platform with other colleges. Today, edX offers free massive online open courses (MOOCs) from 53 institutions; 2.6 million people from 196 countries have registered to take them, from employees interested in career advancement to high school students looking for an edge in college to curious folks who want to learn something new. Recently, edX made its code open-source so developers around the world can continue to improve it, and so other institutions can create their own versions. “Anyone with an Internet connection can take these courses,” says Agarwal. “Education should be available to everybody, just like the air we breathe.”