This Bricklaying Robot Can Build A House In Two Days 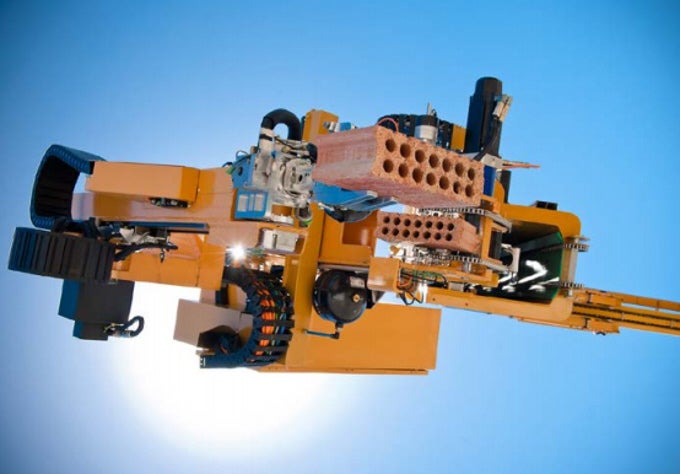 An engineer in Perth wants to mechanize one of humanity’s oldest jobs. His robot is named “Hadrian,” after the Roman Emperor who built a wall in Northern Britain, and it can lay 1,000 bricks an hour. With a building plan programmed in, it calculates the location of each brick, then uses its 28-foot-long arm to them in place and secures them with mortar.

Once set up, Hadrian is supposed to work for 24 hours straight, it’s manipulator arm placing bricks fast enough to construct a house every two days, or about 150 houses a year. Hadrian promises to deliver accuracy to within one hundredth of an inch. Carried by truck, the robot is powered by either a generator or local power sources.

In a presentation from Fastbrick Robotics, which made Hadrian, they estimate that paying for the labor from skilled human bricklayers adds tens of billions of dollars in cost to home construction costs each year. Hadrian isn’t just a robot that does a cool job, it’s a robot that actively replaces human workers.

In honor of Hadrian’s fast work, here’s a video from a Spec Mix Bricklayer Championship. The fastest human bricklayer in this video set 743 bricks in one hour, or about three quarters the speed of the Hadrian robot.