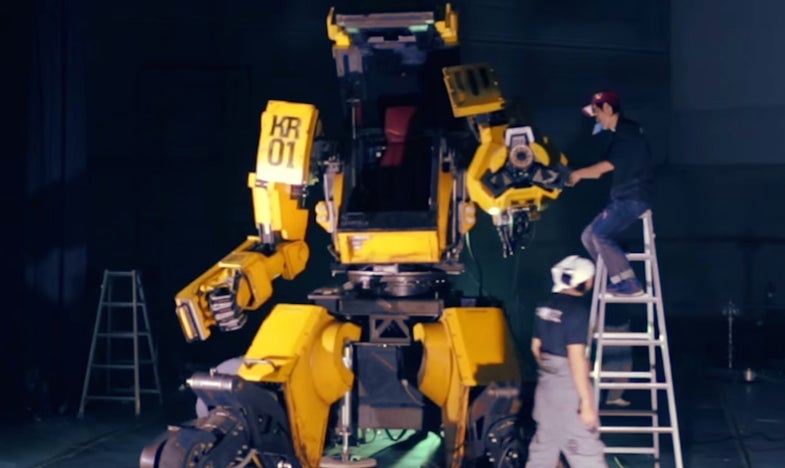 In the video, Suidobashi CEO Kogoro Kurata takes the idea of an international robot battle and runs full steam ahead with it, appearing draped in the Japanese flag, and saying that while Megabot’s robot is “interesting,” he thinks they could have “ma[d]e it cooler.” “Just building something huge and sticking guns on it…it’s super American,” he adds.

Giant robot duels are on! I like to think that this is about a spontaneous desire to see giant robots fighting, but it’s entirely possible it’s a coordinated media campaign for a new sport of human-piloted robot battles. That is awesome in-and-of itself.

Missing from the proposal, and hopefully yet to come, are details about the robot duel. We know right now that it will be between Megabot’s Megabot and Suidobashi Heavy Industry’s Kuratas. The battle is likely set for 2016. We don’t know where it will take place, nor do we know the stakes or the terms of the fight. Proposed giant robot fights are cool, but actual giant robot fights are even cooler.