Another Day, Another Deepdream 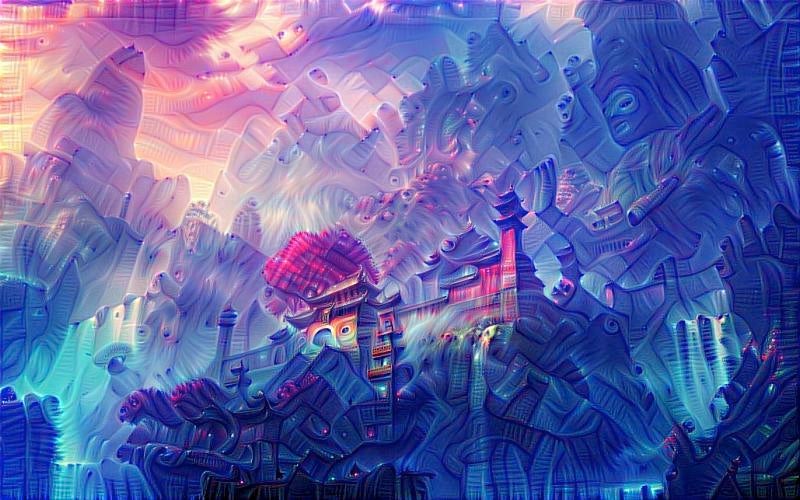 A web app called Dreamscope developed by Lambda Labs allows users to upload an image and apply different filters, including ones inspired by the computerized nightmares “dreamed” up by Google’s artificial neural networks. There are 15 filters to choose from when an image is uploaded to Dreamscope, and an additional three “exclusive” filters become options if users create a free account. The basic filters, which include, “Inceptionist Painting,” “Self Transforming Machine Elves,” and “Trippy,” alter the image in the most classic DeepDream fashion by adding objects such as swirls, slug limbs, and dog faces to the pictures. The other filters, including the exclusive ones, are more mild, but still entertaining. 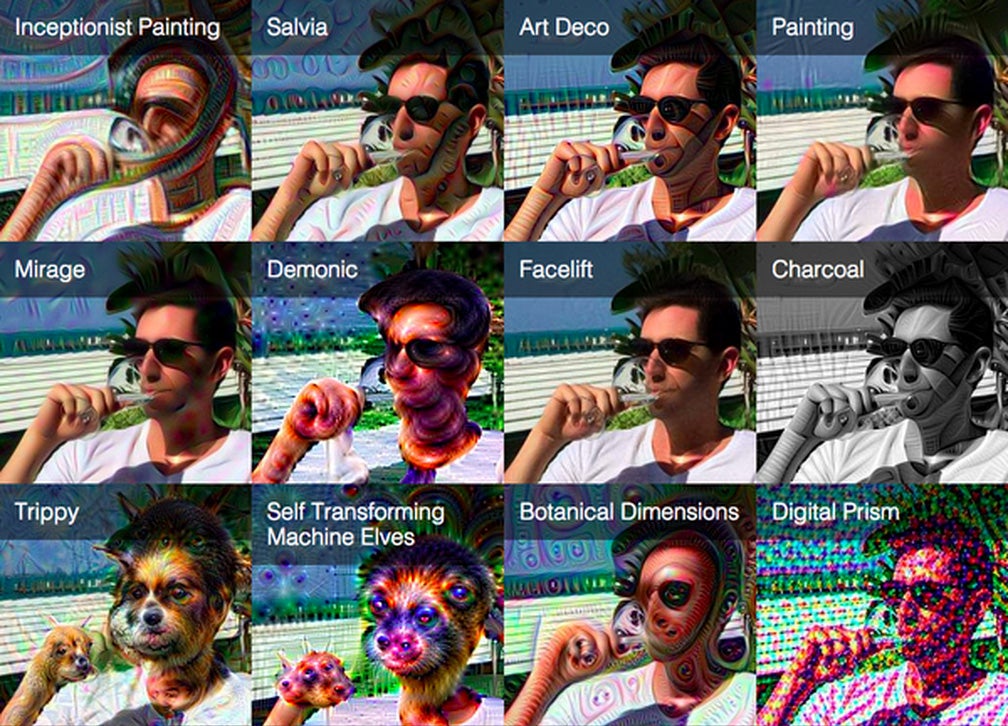 Here is a before and after of the founder and first editor of Popular Science, Edward Livingston Youmans, transformed with Dreamscope’s “Self Transforming Machine Elves” filter. 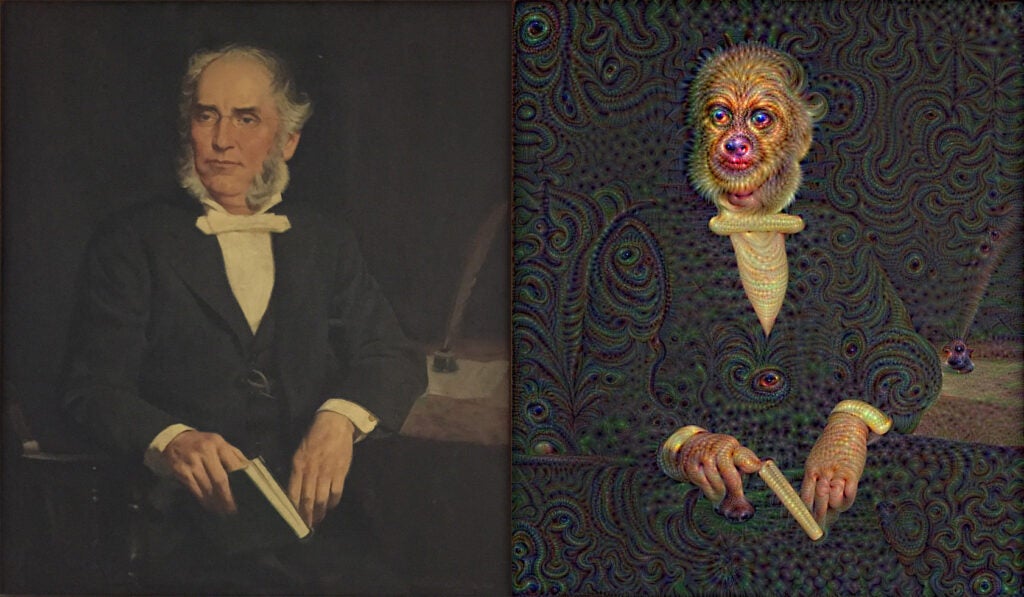 Ever since the launch of Google’s DeepDream in July, people have turned ordinary pictures into creepy, freaky, downright horrifying visions that mirror my darkest nightmares. If you’re someone who likes dressing in scary costumes, this is definitely the one for you. Head to any store that sells face paint and find a standard ROYGBIV + white & black set. Then go nuts. Print out pictures of yourself, friends, or pets, and tape them to yourself. Paint eyeballs and green, blue, or purple streaks on the pictures and your face, arms, etc. To really go all out, buy a white t-shirt or paper jumpsuit and paint over every blank space you can find. For those more inclined towards visual effects, here’s a DeepDream makeup tutorial.

Here is Edward Livingston Youmans after being transformed with the exclusive “Angelhair” Dreamscope filter. 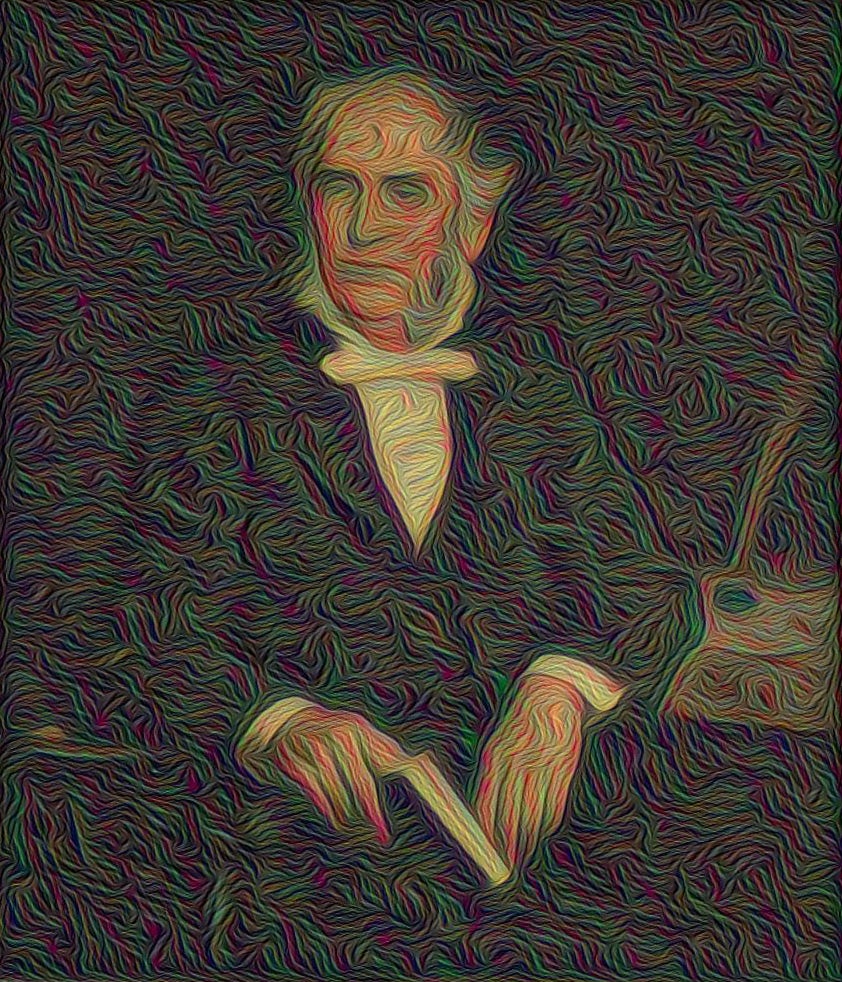 The DeepDream code was released last month by Google and is based on the Google Image software that processes and filters the mass amount of images coming through its browser. The program learns how to do this after it is shown a ton of different pictures of one object so that it knows what that object looks like. However, when the program is used to “dream up” images of the objects on its own, it gets confused and creates wild scenes of random globular limbs, cloud monsters, and other disturbing chimeras.

Last week the DeepDream code moved from stills to video with the DeepDream Animator, however given the thousands of Facebook likes that Dreamscope has garnered thus far, there is still a huge interest in finding new ways to transform images with DeepDream.

Now if only somebody would make a DeepDream phone app.