Cloud compatibility in the actual clouds. 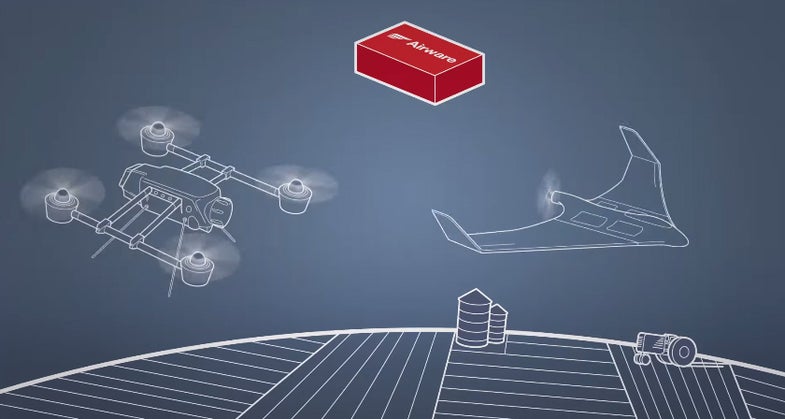 The idea is that the same red autopilot box works with all sorts of drone bodies.
SHARE

Drones soon may be bound together by a common code. Airware, a commercial drone software company with MIT roots, hopes to unify drones in a shared code architecture. Airware already makes an autopilot, but that’s just the first step to creating a drone operating system, allowing hardware from different manufacturers to communicate with one another.

It’s an idea that hearkens back to the earliest days of Silicon Valley: splitting the hardware from the software. In theory, it means that a drone user can add a camera from one company to the body of a drone from another with a filming program from a third — and have it all work out. In broader terms, it changes drones from limited products built for a specific task to much more versatile tools. An ecosystem of abilities rather than a single organism.

In 2013, Google invested almost $11 million in Airware. The company’s operating systems are light and cloud-storage friendly, which makes them a potentially great fit for Google’s drone delivery efforts.