Conserving tropical peatlands could be key to preventing the next pandemic

These regions are areas where zoonotic diseases can originate. 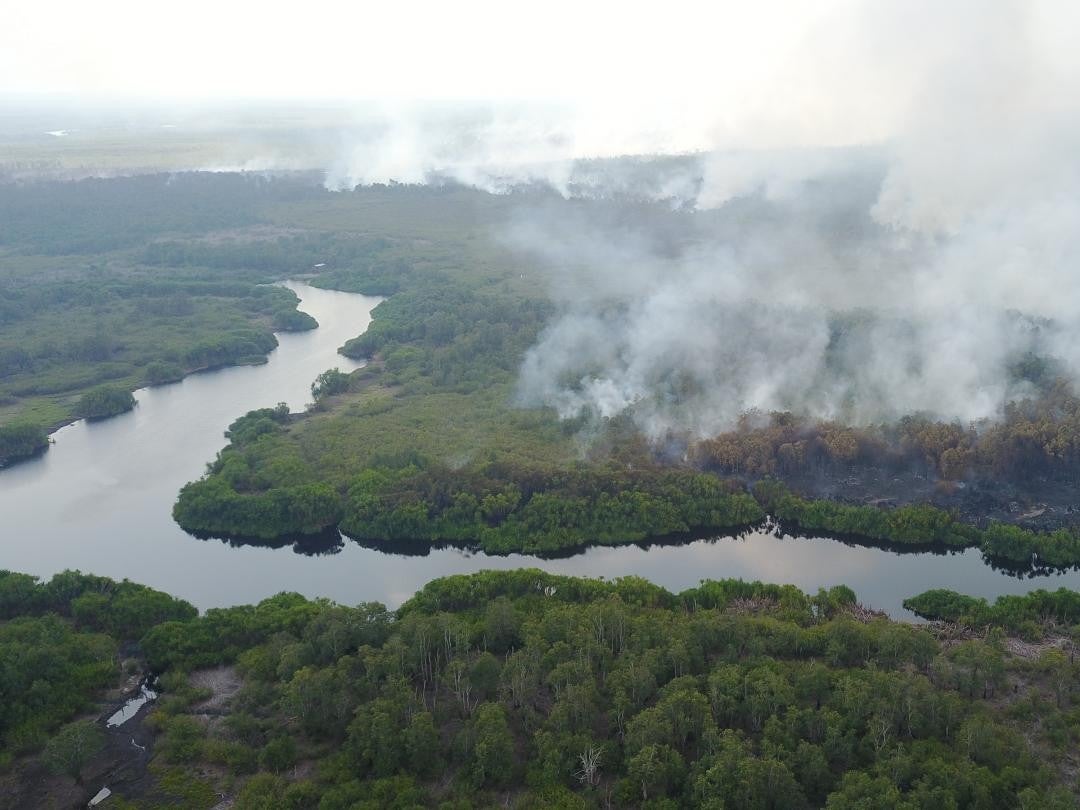 A new paper looks at the importance of tropical peatlands in facilitating disease spread and the impact of the pandemic on tropical peatland conservation and human health. Markurius Sera / Borneo Nature Foundation
SHARE

Virologists, epidemiologists, and medical researchers have been working hard through the pandemic to figure out how COVID-19 spreads and what it does to the body, but scientists in other fields around the world are keeping a close eye on it too. They want to understand how the pandemic might impact their areas of study, now and further down the line.

The result, says Steven Cooke, a conservation biologist at Carleton University in Canada who studies fish, is a “tidal wave” of science think pieces in peer-reviewed journals that analyze, from an evidence-based perspective, COVID-19′s impact on the globe.

“I think it’s a good time for reflection, and as we think of economic investment in the post-COVID transition, trying to think about what that looks like,” Cooke says.

One of the newest of these papers, out this week in the journal PeerJ, looks at the importance of tropical peatlands in facilitating disease spread and the impact of the pandemic on tropical peatland conservation and human health. Twenty-three scientists from around the globe, mostly in countries with large tropical peatland areas, contributed to the paper.

“We tried to get as diverse a group of people together as possible,” says author Mark E. Harrison, a conservation scientist at the University of Exeter in the United Kingdom.

Tropical peatlands are swampy forests that are found in regions around the Equator whose peat is composed mostly of dead tree matter, rather than moss as in other latitudes. Although they comprise a small amount of the Earth’s landmass, they are home to many species of plants and animals (including orangutans) and are major carbon sinks (areas that absorb carbon dioxide from the atmosphere and offset carbon emissions and greenhouse gases). The countries that have tropical peatlands are also mostly low- or middle-income countries. Wildlife harvesting, peat wildfires, and habitat degradation are three things that really affect the peatlands, but they’re all more likely to happen in countries with fewer resources.

Harrison and his colleagues reviewed well over 100 papers related to tropical peatland conservation and COVID-19 impacts. They concluded that sustainably managing tropical peatlands “is important for mitigating impacts of the COVID-19 pandemic, and reducing future zoonotic emerging infectious disease emergence and severity.”

Originally, Harrison says, he thought that the paper would be a short literature review. It ballooned as he and his colleagues started to consider the myriad ways that human health interacted with the tropical peatlands. For instance, peatland fires, which are often set deliberately during land conflicts, cause air pollution that the authors say will increase COVID-19 susceptibility for locals.

“To me, this just reiterates how dependent people are on the environment. The health of the environment and the health of people all interact together,” Harrison says. He’s quick to acknowledge that tropical peatlands are just one place where this is true.

Richard Kock, a veterinary scientist at the University of London, is concerned that too much focus on wildlife as potential vectors for infectious disease transmission masks the real dynamics of disease transmission. “Pathogens are mostly a product of our disturbance of the environment,” Kock says. In the case of SARS-CoV-2, the virus that causes COVID-19, researchers are learning that the viral lineage it is part of likely bounced around for a long time, between bats and other species, before eventually making its way to us. It may have even infected humans during that time.

The solution to these problems “is in the human domain,” he says. “We just have to leave nature to get on with it.”

For that reason, he says the perspective of papers like Harrison’s is “an overstatement” of the risk posed by nature. However, he says, “I’m all for conservation of these habitats, because that creates stability.”

The glut of papers focusing on the COVID-19 pandemic’s impacts on a huge range of subjects forms a unique body of work, says Cooke, which policy-makers should look to as they start thinking about the future. Each individual paper, including Harrison’s, forms a data point in a huge network of research oriented around a specific subject that unites fields. “I like the fact that it’s forcing people to work across boundaries,” he says.