To build a quantum computer, scientists first have to build a working qubit, or quantum bit, that is both controllable... 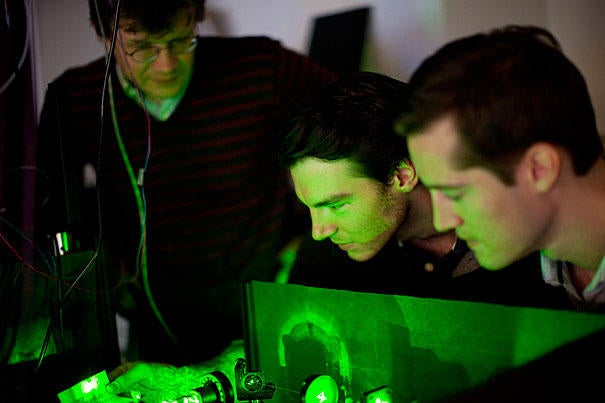 To build a quantum computer, scientists first have to build a working qubit, or quantum bit, that is both controllable and measurable (something that, for few very quantum reasons, is fairly challenging). But a group of Harvard physicists have overcome some key obstacles to turn the impurities in lab-grown diamonds into quantum bits capable of holding information at room temperature for nearly two seconds–an eternity in quantum coherence times.

Most quantum computing systems under development now–we wrote about a few of them recently–rely on complex systems that trap ions with lasers or create “artificial atoms” in the lab and then cool them down to near absolute zero. It’s hard, resource-intensive work. The Harvard team’s biggest innovation here is that they’ve blown away the previous record for coherence time–the amount of time a quantum system can hold information that can be read. And they’ve done it at room temperature.

Without going too deep down the quantum computing rabbit hole–which is a pretty deep, confounding, and largely counterintuitive place–suffice it to say that the researchers were able to turn a characteristic that was previously a shortcoming of diamond-based quantum systems to their advantage. Previous work had tapped the quantum spin of a nitrogen-vacancy (NV) center in a diamond to create a qubit, but it was found that NV centers were not viable as working qubits because of their short coherence times, lasting just one-millionth of a second.

The cause: an impurity in the diamonds, carbon-13. The vast majority of atoms in a diamond crystal are carbon-12, which possess no quantum spin. But the spin of nearby carbon-13 atoms was interacting with the NV, causing the short coherence times. So the Harvard team turned the system on its ear, using the carbon-13 as a quantum bit instead. With help from British artificial diamond specialists, they created a 99.99 percent carbon-12 diamond and bombarded it with nitrogen to create an NV center.

They then manipulated the system in reverse, encoding information in the spin of a nearby carbon-13 atom. It’s coherence time was quite a bit longer–six orders of magnitude better than previous work at nearly two seconds–and because the interaction between the carbon-13 and the NV center causes the NV to mirror the carbon-13, they were able to accurately measure the state of the carbon-13 by monitoring the NV.

This doesn’t constitute a working quantum computer by any means, but its a step toward a viable qubit that works at room temp. The researchers see most of the problems ahead of them as technical, so there’s no reason why they can’t extend the coherence time to minutes and, at some point, hours.