Double-blinded by the light 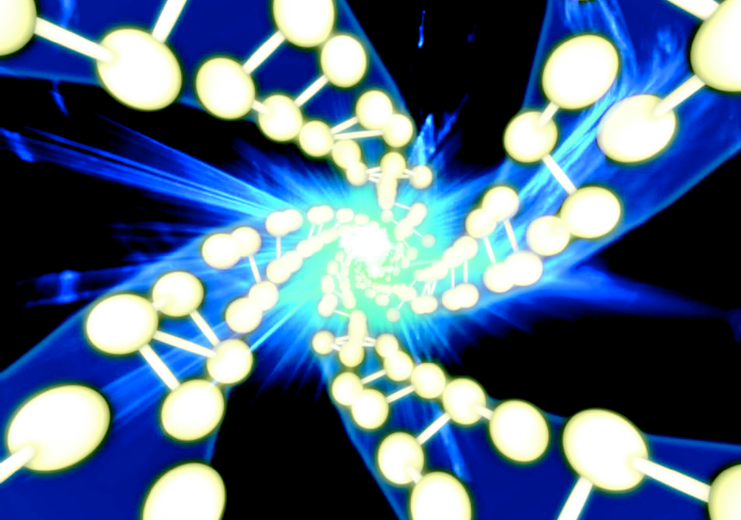 When quantum computers eventually reach larger scales, they’ll probably remain pretty precious resources, locked away in research institutions just like our classical supercomputers. So anyone who wants to perform quantum calculations will likely have to do it in the cloud, remotely accessing a quantum server somewhere else. A new double-blind cryptography method would ensure that these calculations remain secret. It uses the uncertain, unusual nature of quantum mechanics as a double advantage.

Stefanie Barz and colleagues at the University of Vienna’s Center for Quantum Science and Technology prepared an experimental demonstration of a blind computing technique, and tested it with two well-known quantum computing algorithms.

Here’s how it would work: You, the developer, prepare some quantum bits, in this case photons that have a polarity (vertical or horizontal) known only to you. Then you would send these to the remote quantum server. The computer would entangle the qubits with even more qubits, using a quantum entangling gate — but the computer wouldn’t know the nature of the entangled states, just that they are in fact entangled. The server is “blind” to the entanglement state, and anyone tapping into the server would be blind, too.

Imagine the computer tries to snoop on the qubits and see their entanglement, which could then be used to extract the information they carry. You’d be able to tell, because of the laws of quantum mechanics. The cat is both dead and alive until you check whether it’s dead or alive, and then it’s one or the other. If your photon has a specific state, you’d be able to tell that it was spied upon.

Back to the entangled bits. The actual information processing takes place via a sequence of measurements on your qubits. These measurements would be directed by you, based on the particular states of each qubit (which, again, only you know). The quantum server would run the measurements and report the results to you. This is called measurement-based quantum computation. Then you’d be able to interpret the results, based on your knowledge of the qubits’ initial states. To the computer — or any interceptor — the whole thing would look utterly random.

Since you know the entangled state on which the measurements were made, you can be certain whether the server really was a quantum computer. And you wouldn’t have to disclose your algorithm, the input or even the output — it’s perfectly secure, the researchers write in their paper, published online today in Science.

Blind quantum computation is more secure than classical blind computation, which relies on tactics like the backward factoring of prime numbers, said Vlatko Vedral, a researcher at the University of Oxford who wrote a Perspective piece explaining this finding.

“The double blindness is guaranteed by the laws of quantum physics, instead of the assumed difficulty of of computational tasks as in classical physics,” Vedral writes.

“Our experiment is a step toward unconditionally secure quantum computing in a client-server environment where the client’s entire computation remains hidden, a functionality not known to be achievable in the classical world,” they write.