For the First Time, Humans See Quantum Entanglement With the Naked Eye

Physicists at the University of Geneva in Switzerland have devised a new kind of quantum experiment using humans as photon... 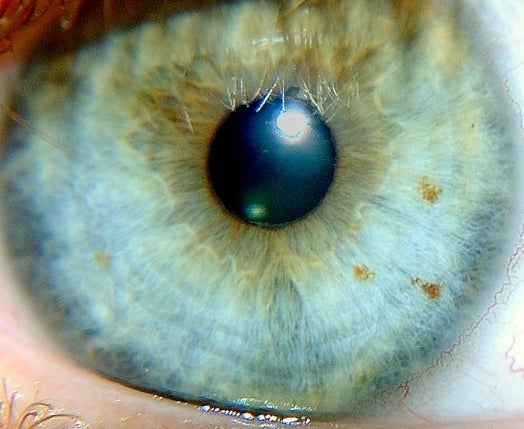 Physicists at the University of Geneva in Switzerland have devised a new kind of quantum experiment using humans as photon detectors, and in doing so have made the quantum phenomenon of entanglement visible to the naked eye for the first time.

For those that need a primer, entanglement is that strange quantum phenomenon that links two particles across distances such that any any measurements carried out on one particle immediately changes the properties of the other–even if they are separated by the entire universe. Einstein called it “spooky action at a distance.” And indeed it is weird.

Nicolas Gisin at U. of Geneva noted that Italian physicists had previously done an interesting thing with entangled photons. Rather than entangling just a few as experimenters usually do, the Italian team had entangled a pair of photons and then amplified one of them to create a photon shower containing thousands of particles, all linked to the single other photon from the original pair. That is, there was one “microscopic” photon, and a shower of “macroscopic” photons, all tied together at the quantum level.

Gisin realized that while the naked eye can’t see a single photon, it can certainly see thousands. So he used a setup similar to the Italians’, but rather than putting a photon detector in front of the macroscopic photons he put himself and his colleagues there. The beam of photons produced by the amplifier would appear in one of two positions in their darkened room, depending on the polarization state given to their microscopic single photon. Time after time, when the human results were tested against photon detectors, they got a positive result.

It may sounds like a bunch of scientists sitting in a dark room looking at blinking lights, but it represents the first time quantum entanglement has been directly observed with the naked eye.

Sort of. The Swiss team also found that what they were looking at wasn’t necessarily macro-micro entanglement. Even when they deliberately broke the quantum link between micro and macro and then ran their “human detector” experiment, they still got a positive result. This is due to the imperfection of detectors (even human ones) and a loophole in what’s known as the Bell Test (which, in a nutshell, is used to measure entanglement) that’s negligible in small quantities of photons but grows along with their quantity. This introduces a degree of uncertainty (for a better explanation of this, click through the Nature link below).

What the Swiss team does know is this: when they started, they had two entangled photons. Even though flaws may have been introduced in the amplification process, they could still “see” the effects of entanglement. A new method is being devised by the original Italian researchers (who also detected this flaw in their research) to verify micro-macro entanglement with lasers. Unfortunately, humans can’t be used as detectors for these experiments, as the highly focused beams of light would be the last thing those humans would see.