The Science of Lightning

A view into some of the rarer types of lightning 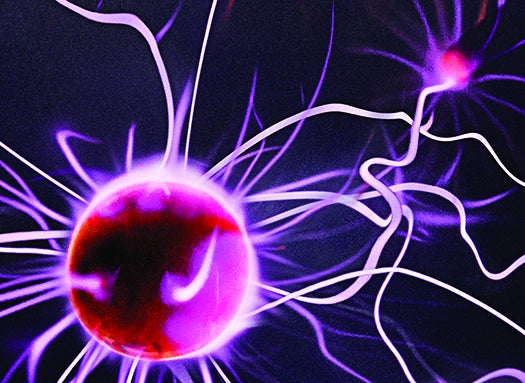 When it comes to thunderheads, lightning is the great equalizer. Essentially a giant spark, lightning relieves the charge differentials that build up in storm systems. But it’s also one of the greatest mysteries in atmospheric science. Recently, scientists have started to explore lightning’s lesser-known siblings, which appear in ash plumes, labs, and even on other planets.

A typical lightning bolt carries 100 million volts—compare that to the 110 volts in an average electrical outlet. Yet more than a century’s worth of data shows that only 30 percent of lightning strikes are fatal. A charge can spark across skin like electricity across a resistor, causing severe burns but sparing internal organs.

Some lightning can’t be seen. Gamma rays burst from thunderheads without giving off heat or light, but their radiation is 100 times more energetic than a medical x-ray. Scientists were perplexed by these invisible flashes until researchers recently found that they, too, diffuse imbalanced charges in clouds.

Extraterrestrial lightning is always tricky to observe. But during Saturn’s 2009 equinox, conditions dampened the rings’ glow enough for the Cassini spacecraft to capture flashes on the gaseous planet. Lightning has also been detected on Jupiter, and radio data suggests it exists on Uranus and Neptune.

Named for the bizarre orbs that have been spotted during storms, ball lightning was finally caught on camera by scientists in 2012. “We don’t know what it is,” says lightning researcher Don MacGorman. Spectral analysis suggests the balls form when lightning strikes and vaporizes elements in the soil.

So-called dirty thunderstorms are thought to occur when dust particles from a volcanic ash plume collide with ice crystals in the atmosphere. This event is hard to study, so researchers in Germany created a plume in the lab using real volcanic ash. The smaller the particles, the more prolific the lightning.

50,000°F: Temperature of a lightning bolt. That’s five times hotter than the surface of the sun.

Half an inch: Approximate diameter of a lightning-bolt channel