Now if only they could catch it in a bottle 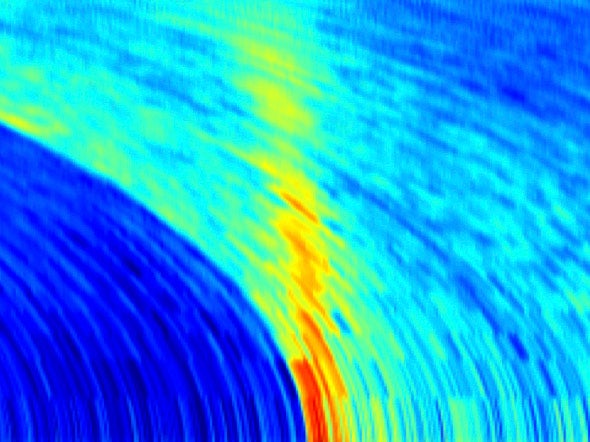 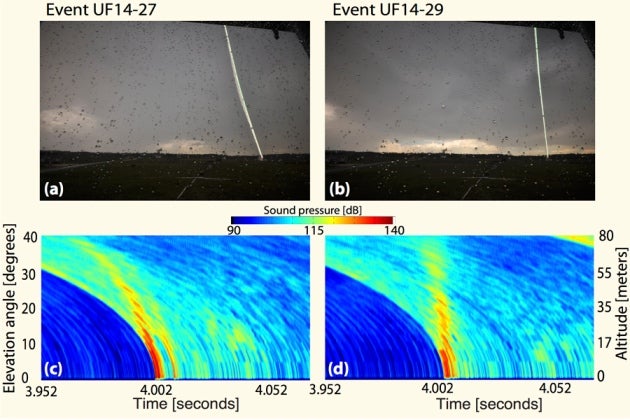 Seeing sounds might seem like a product of too much coffee, but scientists in Florida have successfully imaged thunder.

To produce these acoustic maps of thunder, atmospheric scientist Maher Dayeh fired a rocket trailing a copper wire into a cloud during a storm, which triggered lightning. The bolt traveled down the wire, and the team recorded the accompanying thunder with 15 microphones spaced one meter apart.

Previous experiments used microphones that were more widely spread, which pinpoints the source of the sound but does not give as much detail. The new maps are the highest resolution images of thunder ever made.

Thunder is produced when lightning suddenly heats the air. The colors in the map represent the acoustic energy that ripples out from the lightning strike, revealing exactly how much energy was radiating off the bolt as it struck the ground–louder sound waves are indicated by warmer colors. Dayeh’s technique revealed a distinct signature of the thunder generated. 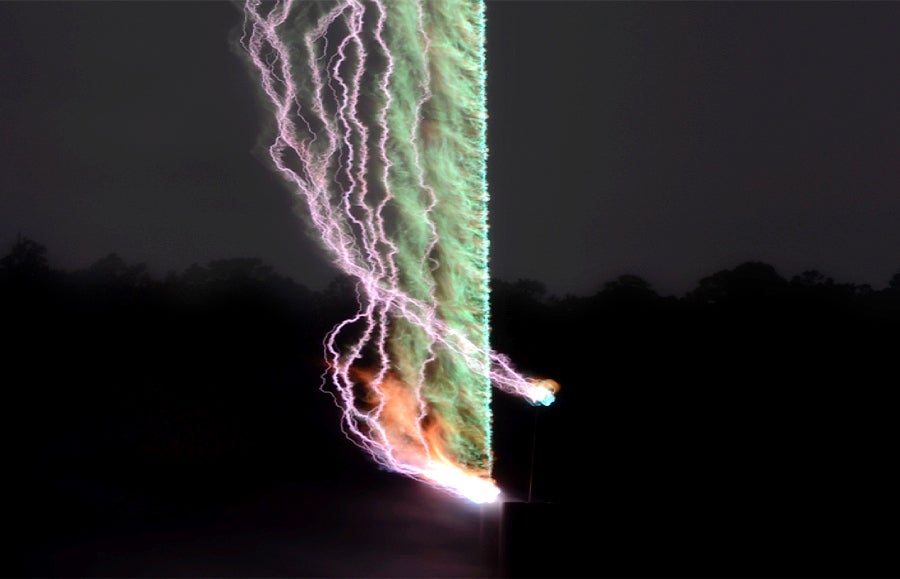 A Long-Exposure Photograph of the Artificially-Triggered Lightning

This work could help improve our understanding of lightning, which is expected to increase as the planet gets warmer.

“Lightning strikes the Earth more than 4 million times a day, yet the physics behind this violent process remain poorly understood,” Dayeh said in a press release. “While we understand the general mechanics of thunder generation, it’s not particularly clear which physical processes of the lightning discharge contribute to the thunder we hear. A listener perceives thunder largely based upon the distance from lightning. From nearby, thunder has a sharp, cracking sound. From farther away, it has a longer-lasting, rumbling nature.”