It seemed harmless enough, playing in the rain with an umbrella under an overflowing rain gutter. The thunderstorm was passing,... 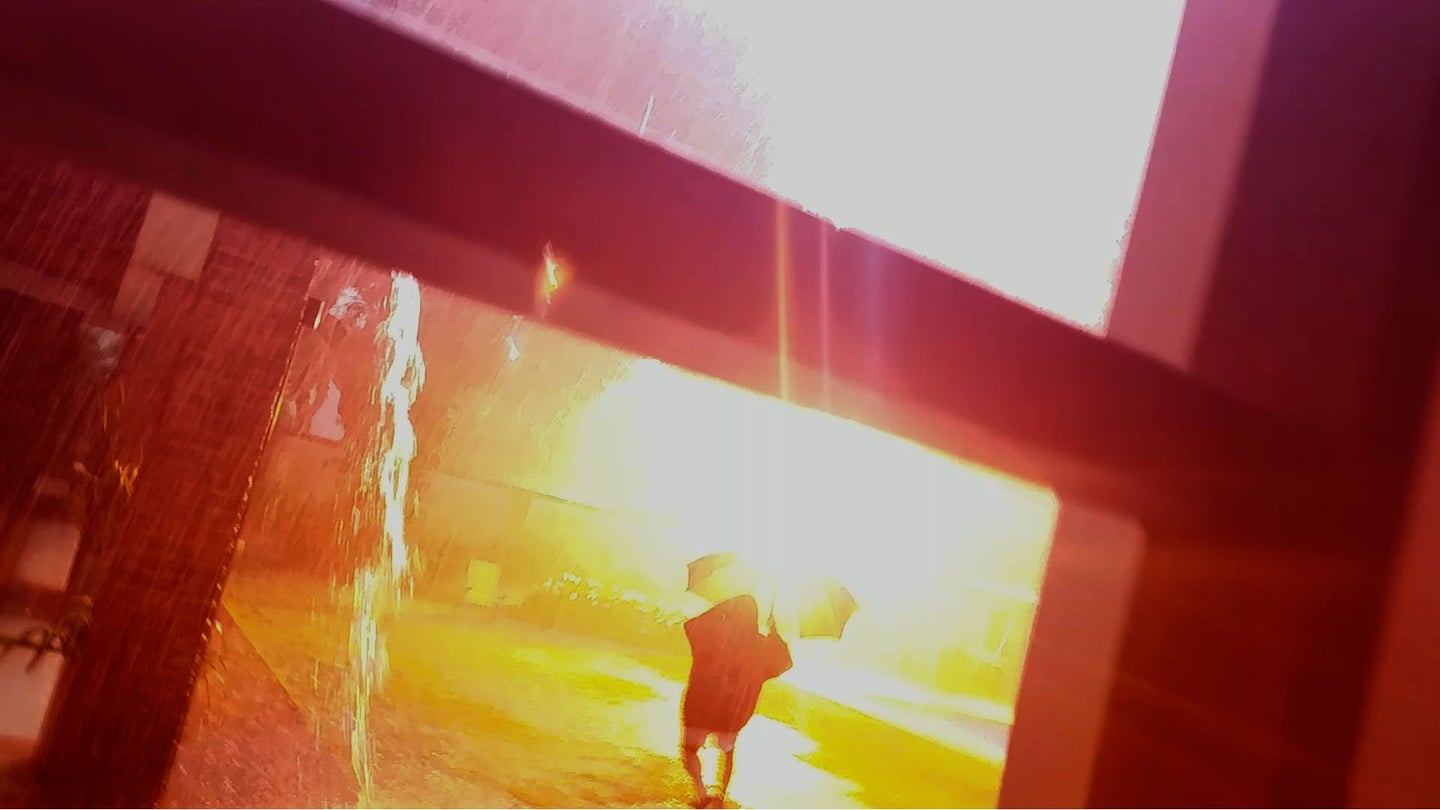 It seemed harmless enough, playing in the rain with an umbrella under an overflowing rain gutter. The thunderstorm was passing, and the worst of it was over. Then lightning struck—very narrowly missing the kid outside. It was so close that, in the video taken that day, it looks like he was directly hit by the bolt. It was so close that, even if he wasn’t struck directly, he could have been seriously hurt by residual current.

But what exactly happened here? We slowed down the video to try to find out.

The video above, taken in Posadas, Argentina and spotted on Youtube, has been slowed down to 1/10th the speed so we can better take a look at the bolt’s discharge sequence. As you can tell, there were several “return strokes,” which are visible as three super bright flashes in the footage.

The return strokes—those multiple flashes creating a strobe effect in the video—tells us that the electrostatic discharge was likely a negatively charged, cloud-to-ground lightning bolt. Positively charged bolts are much more powerful—we’re talking one billion volts—but usually only strike as one mega discharge.

When the bolt strikes, the electric current spreads out from the ground in circular arcs. The voltage magnitude of the arcs decrease with distance from the strike point, but the ground current from a lightning bolt can travel through the ground over 50 feet from its initial strike point.

Obstructions on the earth can hamper how far ground voltage from a lightning strike can travel. It’s likely the swimming pool and its surrounding cement limited the potential reach of the lightning’s ground current.