Science Confirms The Obvious: 3-D Movies Aren’t All That

Or Thor just wasn't that cool. 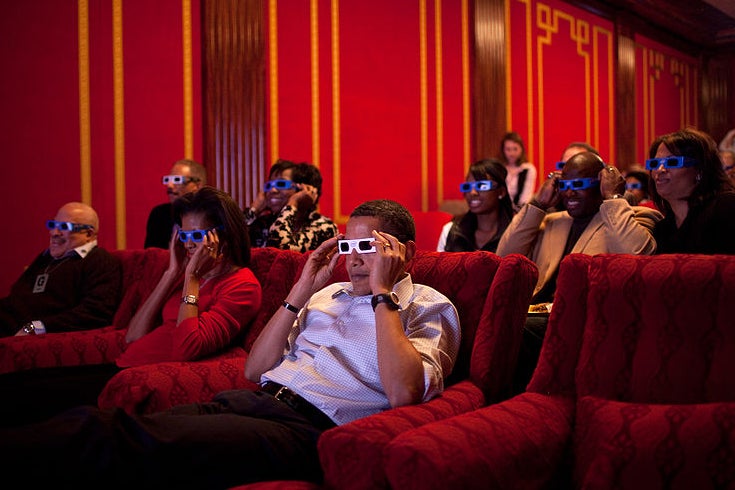 Anyone who’s ever grumbled about dropping an extra five or 10 bucks to see a 3-D movie, rest assured: It probably wasn’t worth it. A forthcoming study says what those of us who secretly hate 3-D movies (wearing 3-D glasses over your regular glasses sucks) have been thinking all along—people aren’t more satisfied after watching a 3-D movie than they would be after watching the same movie in 2-D.

The researchers surveyed some 225 patrons who went to see the movie Thor at a suburban cinema on a weekend in 2011. Though viewers judged the 3-D experience to be more perceptually realistic, and were less distracted during the 3-D movie than its 2-D counterpart, there was no difference in how satisfied people were by the experience. Previous studies in the lab have shown that when people feel more immersed in a film, they tend to enjoy it more, but the greater immersion of the 3-D experience didn’t make a huge difference here.

So maybe feeling like you’re really there in a movie isn’t everything. “Psychological theory suggests that immersion is one of a few factors that all work together and support each other,” says co-author Brendan Rooney, a psychologist who researches film and emotion at the Dún Laoghaire Institute of Art, Design and Technology in Dublin. “Things like 3D may help keep our attention. But once we pay attention to the film, it has to be good (in our opinion) or else the whole process falls apart,” he told me via email. Which makes sense. Being fully immersed in a boring situation doesn’t sound like anyone’s idea of fun.

These findings “might challenge the value of increased ticket prices for 3D film when no significant difference was observed in satisfaction levels,” he and co-author Eilis Hennessy write in the paper. Yep, the movie industry is definitely going to stop gouging us on 3-D movie tickets now that we’ve proven they’re not that fun.

Of course, the results might not be applicable to all 3-D experiences. The researchers_ note that _Thor was converted into 3-D post-production, rather than shot originally in 3-D, a process that some say can look dumb. So Avatar may really be more enjoyable in 3-D.

The study will be published in the journal Media Psychology.