You’re More Likely To Cheat In The Afternoon

A new study finds that the ability to resist the temptation to cheat flags later in the day. 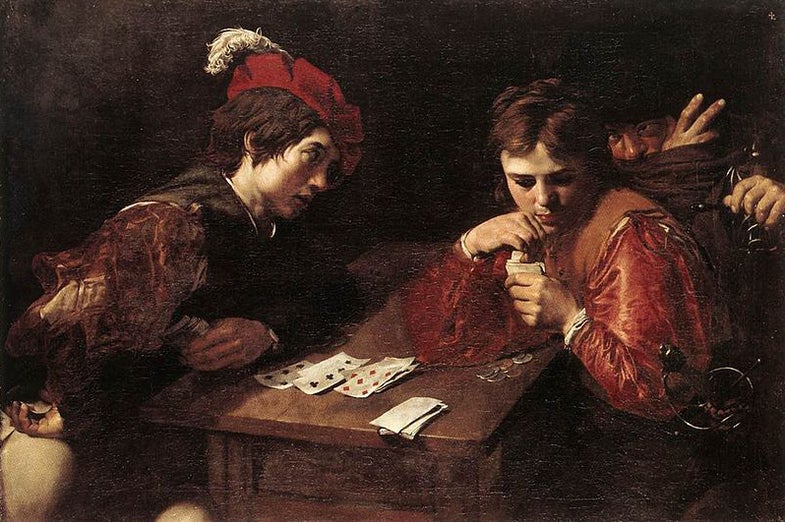 Being an upright citizen of the world is hard work. As the day goes on, the psychological toll of keeping our moral compasses pointed due north wears upon us, and by the afternoon, we struggle not to cheat and lie. People are more likely to resist opportunities to behave dishonestly in the morning, according to a new study from Harvard University and the University of Utah, which used four different experiments to gauge whether the time of day might affect moral behaviors.

People who were more honest overall were more likely to experience the afternoon effect.

The first two experiments asked undergrad students to complete a visual perception task identifying the number of dots on the left or right side of the screen. The participants were paid by how many trials they completed, not whether their answers were correct, and they were given more money if they claimed there were more dots on the right side. The second two experiments used a sample of participants from across the U.S., using Amazon’s Mechanical Turk. Participants in one group were told to send either a truthful or a deceptive message to a virtual partner, in exchange for 25 cents for a truthful message and 50 cents for a false one. The other group was asked to solve puzzles for money, but they didn’t have to prove they solved them, only claim that they did.

In each of the tasks, participants had a clear financial incentive to cheat, and in each, people were more likely to cheat if they completed the experiment in the afternoon than in the morning. People who in surveys revealed themselves to be more honest overall—or at least to feel guilty when cheating—were more likely to experience this afternoon effect. (People who said that behaving unethically didn’t cause them distress were likely to cheat at any time.) 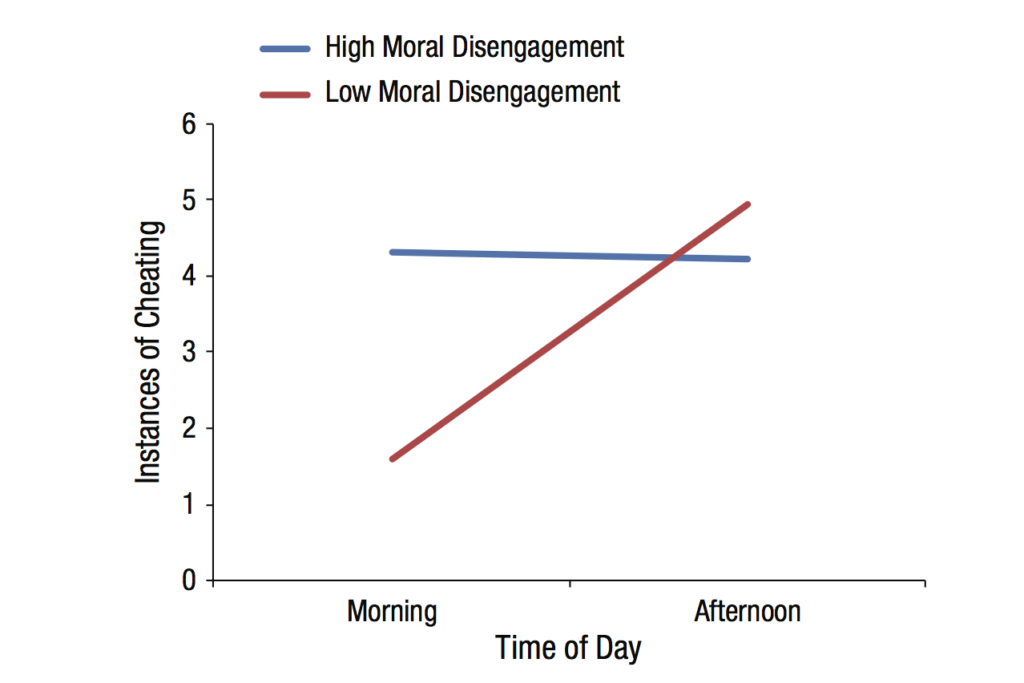 Moral disengagement is the degree to which someone said that behaving unethically didn’t cause them guilt or distress. People who were less likely to morally disengage were more likely to behave dishonesty in the afternoon, but not the morning.

“In other words, our findings suggest that mere time of day can lead to a systematic failure of good people to act morally,” the researchers write. This follows similar research that suggests self-control is like a muscle that gets tired with too much use, or a pool that gets depleted over time. After enough small decisions throughout the day, we’re unable to control ourselves, and will lie for an extra 25 cents from a psych survey.

The study is published in Psychological Science.