FYI: Could A 3-D Movie Improve Your Vision?

Maybe! Although you certainly wouldn't want to count on it. 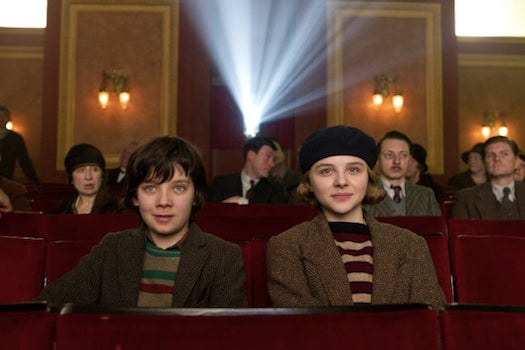 Bruce Bridgeman, a psychology professor at the University of California, Santa Cruz, couldn’t see in three dimensions for most of his life. That was until he went to a 3-D showing of the movie Hugo and, amazingly, had his depth perception restored, according to a story first reported by the BBC and later picked up by CNN.

Great! Get everyone with vision problems in line to see the new Transformers!

Well, not quite. 3-D movies aren’t going to be the next panacea for the visually impaired (although at least you won’t have to sit through Transformers?). But, under the right circumstances, strapping on the plastic glasses and picking at some popcorn could help.

Stereoblindness–the inability to see more than two dimensions–can be caused by strabismus, a condition where the eyes are misaligned. The brain often adapts to strabismus by disregarding the input from one eye and taking all of the information from the other. But the feed from both eyes is what allows most people to see in three dimensions, so limiting the brain to one causes stereoblindness. The brain’s an amazing organ, though: plasticity–the brain’s ability to disregard tasks it isn’t employing and also pick up on tasks it hasn’t been using–can help repair stereovision.

The classic example of this is the eyepatch treatment for what’s commonly known as lazy eye, where one eye points in a different direction than the “good” eye, causing stereoblindness. By placing the patch over the good eye, the brain learns to work with what it has, repairing neuronal connections so the lazy eye does its job. When the patch comes off, stereovision can be restored. Recent research has shown it’s possible to pull this trick off using a game of Tetris, too.

There are some parallels between on-invasive vision treatment and how 3-D movies work.These treatments are usually given to kids, and there’s evidence that treatment needs to happen in the “critical period” of childhood for stereovision to be restored, although newer studies suggest stereovision in adults (like Bridgeman) could be restored if they had, however fleetingly, complete stereovision at some point during that critical period. As Michael Rosenberg, vice chairman of the Department of Ophthalmology at Northwestern, puts it, “not training the brain anew but waking the brain up to something the brain had done previously and not done for a while.” There’s also, for the record, cases of patients who’ve never had stereovision gaining depth perception, a relatively recent discovery, says Lea Ann Lope, assistant clinical professor of ophthalmology at the University of Pittsburgh School of Medicine. One patient of hers without depth perception since birth, she says, was given surgery for realignment of the eyes, and after, “said that for the first time he was able to pour a glass of water without spilling it because he could see the depth of the glass and know when to stop pouring.”

There are some parallels between non-invasive vision treatments and how 3-D movies work. If you want to see Avatar pop, it requires work from both eyes. Each eye gives a slightly different view, either a little more to the left or a little more to the right, and combining these views puts the world in three dimensions. When you’re watching a 3-D flick, you’re watching two slightly different images overlaid, and your brain forms them into 3-D with the help of glasses. For a person with strabismus to make sense of these images, their brain would need to employ both eyes, and maybe, through plasticity, it would. That could be what happened to Bridgeman–some kind of eye muscle defect was readjusted with help from the brain, and the eye “just happened to click in,” Rosenberg says.

But Bridgeman’s case is the exception, not the rule. There are different levels of “stereoacuity,” or sensitivity to depth perception, Lope says. It would probably require a more in-depth look at Bridgeman’s medical history to determine what separated him from others with similar conditions who didn’t get the same effect after sitting through a 3-D movie. Maybe, Lope says, with a background studying the visual system, Bridegman was just more “tuned in” to the effects of the movie, and recognized them more easily.

Ask Us Anything
culture