Brain Scan Predicts Whether Convicts Will Re-Offend: Welcome To The Sci-Fi Future

Activity in one very particular part of the brain shows a high correlation with recidivism. 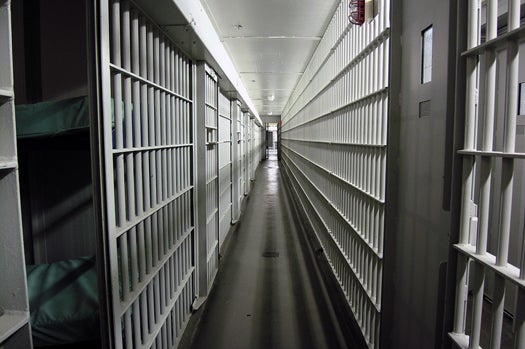 Researchers at the Mind Research Network in New Mexico–a non-profit, partially government-funded neuroscience facility–have discovered a way to predict whether released convicts will return to their own ways. Sort of.

The study, published in the Proceedings of the National Academy of Sciences, found a correlation between activity in the anterior cingulate cortex of the brain and criminal activity. Researchers used fMRI machines on a population of 96 male convicts, then “followed” them for the next four years (we assume this means “checked their criminal records” and not “skulked after them while wearing balaclavas) to see whether they’d relapse. Many did, of course; the US is not a friendly place for an ex-convict, and there’s a high rate of relapse. But the correlation between the findings from the fMRI is what’s interesting here.

The anterior cingulate cortex is the section of the brain that circles around the corpus callosum, in the central-front part of the brain. It’s responsible, we think, for some involuntary functions like regulating heart rate and blood pressure, but there’s also some evidence that it has an impact on emotional response, motivation, and error detection, among other functions. In one study, increased activity in the anterior cingulate cortex was seen when study participants were shown particularly emotional video clips.

This is a noteworthy finding, and a fascinating link between a not-very-well-understood section of the brain and a certain human behavior–though we’re not at the point (nor, many argue, should we be) when we can use brain scans to predict crimes.