The Changing Forensic Science Of Arson Is Freeing Innocent Convicts

Modern investigations are finding no evidence for arson in old cases. 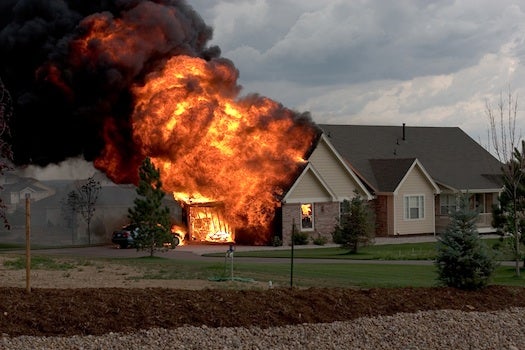 A man who spent 42 years in prison walked free yesterday, released because the evidence that he had committed arson was faulty.

Louis C. Taylor had been behind bars since he was 16, after he was convicted of setting a fire in a hotel that killed 29 people. In an agreement with prosecutors, he pled no contest, which means he didn’t admit guilt, but he also doesn’t contest his charges, which means he can’t sue anyone involved in his original prosecution, New York Times reported.

The science of proving arson has changed dramatically over the past 40 years, and Taylor’s case isn’t the only one to show how previous practices—including outdated practices that continued into recent decades—might have sent innocent people to tragic sentences.

So what was the science of fire before and what’s it like now? The New Yorker’s reporting on a case that ended in 2004 explained that what were traditionally considered marks of arson actually show up in accidental fires. Things like burn patterns near the floor, V-shaped marks on walls, and glass windows cracked in dense patterns were once considered certain signs of the use of some kind of lighter fluid to induce burning.

In 1990, an experiment done in an abandoned house showed that a fire set on a couch without any accelerating fluid left the same marks. Another study showed that nearly all so-called fire experts tested didn’t correctly identify where a test fire started.

The identification of arson was once considered more of an “art” than a science. Arson investigators required little training for their jobs and resisted new evidence in their field, the New Yorker reported.

In Taylor’s case, the Arizona Justice Project asked modern fire investigator John Lentini to look through the evidence that Taylor’s original prosecutors had compiled. Lentini found that it was impossible to determine how the hotel fire started, so there was no basis for an arson charge.

County Prosecutor Barbara LaWall also asked for a review of the evidence from the Tucsan Fire Department. The department came to the same conclusion, CBS’ 60 Minutes reported. LaWall told the show that her prosecution would continue based on the idea that arson could not be ruled out.

In 2010, fire expert Gerald Hurst talked with PBS’ Frontline about arson science and the case of Cameron Todd Willingham, who received the death sentence in 2004. It can be difficult to prove arson in a case, Hurst said. It is still fair to try to convince a jury without scientific evidence of arson, he added. A prosecutor could use evidence that the accused was motivated to kill the people who died in the fire, for example. However, investigators need to recognize when they just can’t tell, which can often happen, Lentini told 60 Minutes.