Photons are particles without mass; until now, our understanding has been that they do not interact with each other at... 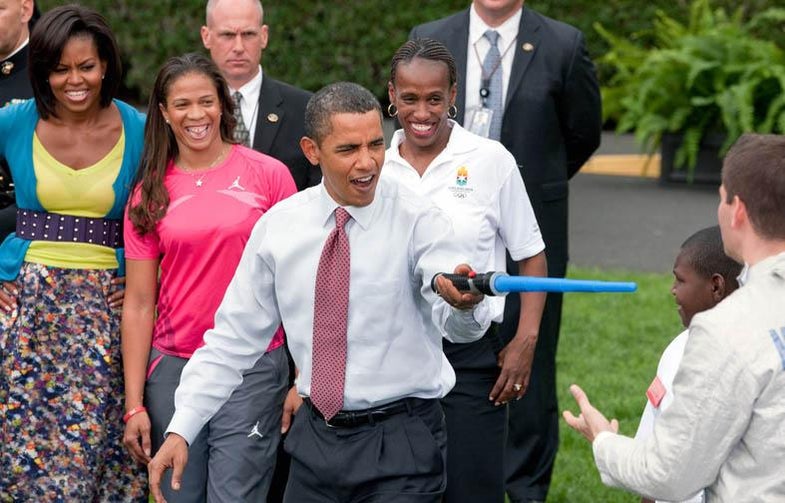 All right, lightsabers are still pretty far off. But scientists have taken their first steps into a larger world by creating "molecules" of light that might someday let them build things from photons.
SHARE

Photons are particles without mass; until now, our understanding has been that they do not interact with each other at all. That’s why, when you shine two lights at each other, they don’t bounce off and throw light all over the place; the photos simply pass right through. But new research from Harvard and MIT has succeeded in getting photons to play nice with each other–which means we can construct “molecules” made entirely of light. Perhaps even–dare we say it–sabers. Of light. “Photon-molecule saber,” catchy name.

A quote from the press release, on how this was done:

The result of that process? As the photons exited the cloud, they were clumped together. That’s a result of the nearby atoms; when one atom is excited, nearby atoms cannot be excited to the same degree, in an effect called a Rydberg blockade. So when a photon comes in, it excites nearby atoms, but when the next photon enters the cloud, it would excite nearby atoms to the same degree–which it can’t do. So the first photon has to move out of the way. That’s an interaction between photons, sort of, but with atoms as a mediator. What it means is that the two photons end up pushing and pulling each other through the cloud of atoms, and when they exit the cloud, they’re clumped like a molecule, thanks to that continued interaction.

The scientists think this breakthrough could lead to improvements in quantum computing; photons are an excellent carrier for quantum information, but the lack of interaction between photons has limited the amount of information that can be carried. The paper appears in the journal Nature.