Jacques Cousteau’s Grandson Plans To Live Underwater For A Month

The younger Cousteau is seeking funding for the research project on Indiegogo. 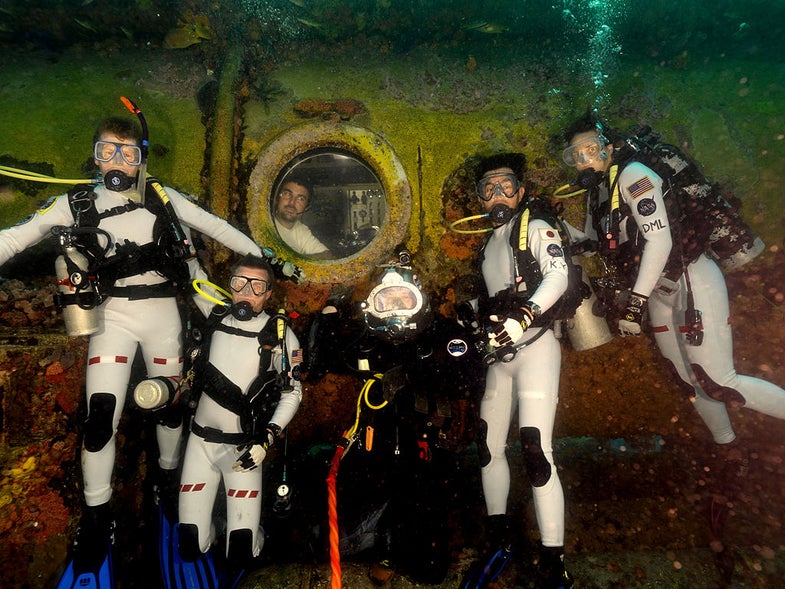 Mission 31 will use this reef base. NASA/Mark Widick, via Wikimedia Commons
SHARE

Fabien Cousteau, the grandson of legendary underwater explorer Jacques Cousteau, is planning an undersea expedition of his own. Rather than uncover new depths, the younger Cousteau and a team of co-aquanauts instead want to spend a month living underwater, starting November 12. Dubbed “Mission 31,” the project will study the natural life on the ocean floor and the effects of living underwater on humans. Cousteau is soliciting $100,000 for the mission via Indiegogo.

The home of Mission 31 will be Aquarius Reef Base, an 81-ton laboratory located about 63 feet below the ocean’s surface (with liviung quarters located about 50 feet down) at the Florida Keys National Marine Santuary. Sometimes astronauts use it for training. It’s near deep coral reefs, and has perviously hosted groups of divers for as long as 14 days, though 10-day stays are more typical. Mission 31 will be the longest time a group has spent inside Aquarius.

Some of the research, like mapping the sea floor and studying the impact of climate change on corals and sponges, will be done by the underwater crewmembers (known as the aquanauts). Some of the science will use the aquanauts themselves as research subjects, as they’ll be living underwater for longer than any previous crew hosted by Aquarius, and for one day longer than Jacques Cousteau’s own Conshelf underwater living experiment.

Mission 31 also plans to record the entire trip so that people on land can watch the aquanauts live and work underwater. If you help crowdfund the project, you can receive a photograph ($25), a question answered by an aquanaut ($600), and or a trip down to the lab ($25,000).