A Powerful Particle Accelerator The Size Of A Speck Of Glitter

On the way to tabletop particle accelerators 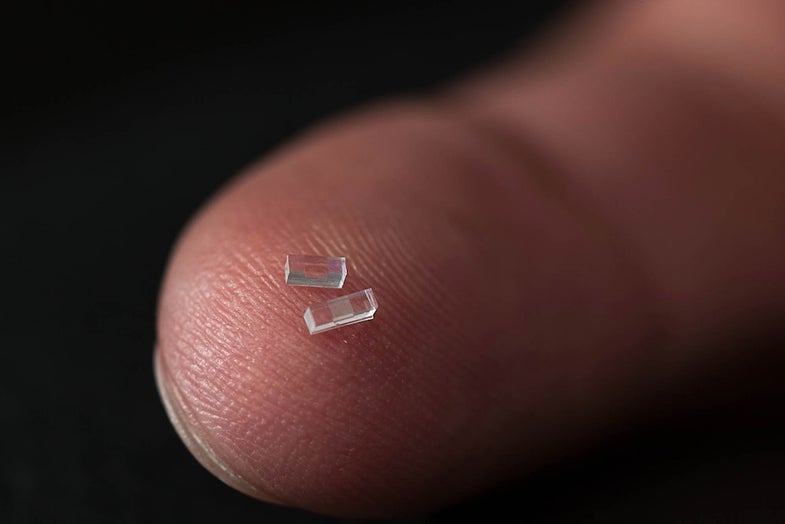 This little chip may be hardly the size of a speck of glitter, but don’t underestimate what it can do. It’s actually a particle accelerator that is able to boost electrons at a rate 10 times greater than a conventional accelerator, all in a millimeters-long package.

There’s still a ways to go before researchers would be able to build a laser accelerator. For one thing, the new SLAC chip still requires a conventional accelerator, which gets its power from microwaves, to get things started. But in the future, if the technology does work, SLAC engineers imagine it could go into security scanners (accelerators at the airport?), university labs, and medical imaging devices hospitals could afford, they wrote in a paper they published today in the journal Nature.

When electrons go through these new chips, they first get kicked off through the SLAC’s accelerator. Then they enter the chip through a channel that’s only half a micron wide. A commercially available infrared laser beamed through the channel, along with the channel’s precise ridges, boosts the energy of the electrons further. The SLAC National Accelerator Laboratory put together a nice explanation:

Other research groups, including one that published a paper in the journal Physical Review Letters on Friday, are studying how to get electrons up to speed before they enter chips such as SLAC’s.