This glittery squid can change color in an instant

The bigfin reef squid’s use of different habitats calls for multiple camouflage strategies. 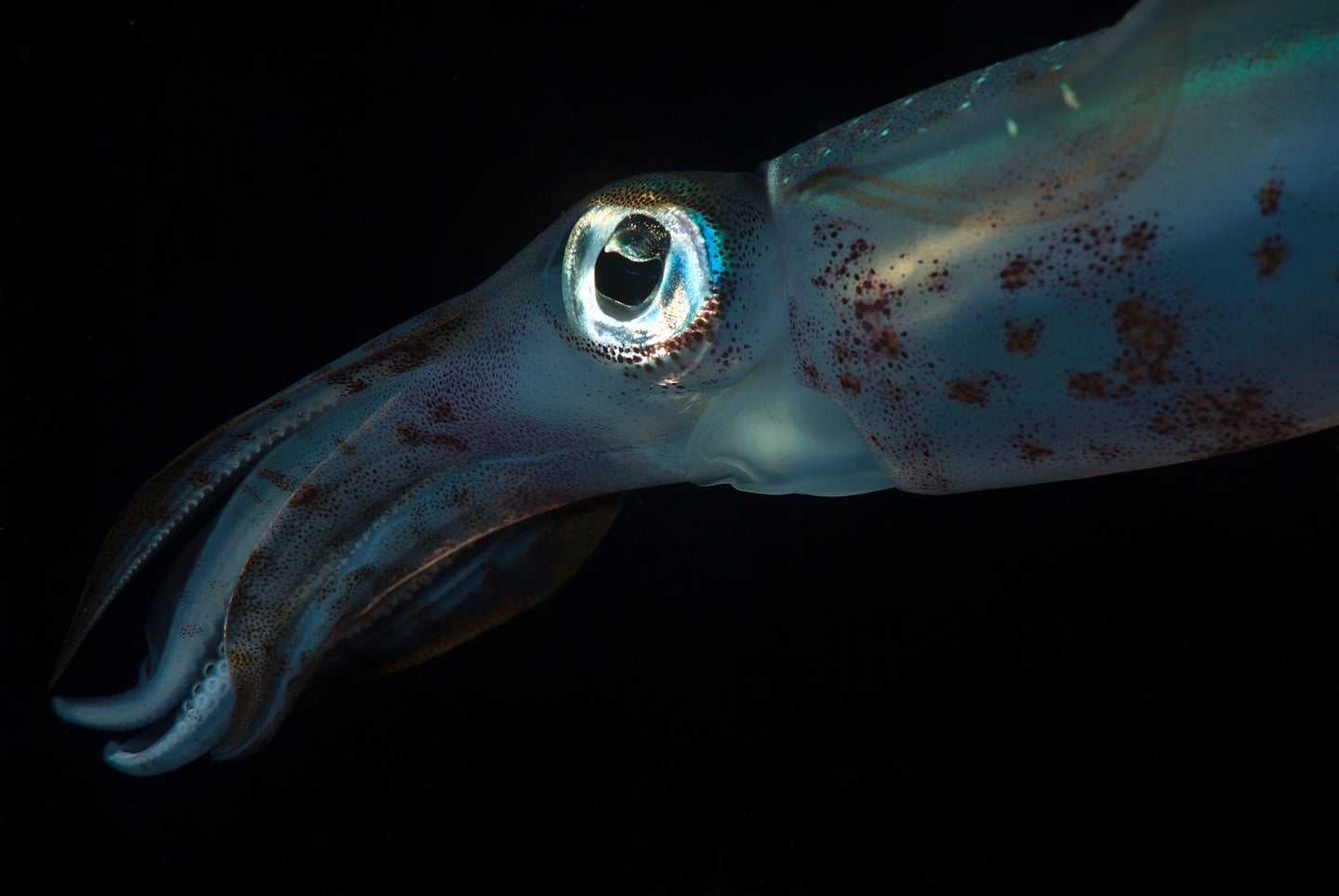 The bigfin reef squid of the Pacific and Indian oceans is famous for its glittering, glowing skin, but the petite sea creature can also switch up its look with pigment-producing cells embedded in its dermis. These structures, known as chromatophores, have been studied in depth in cuttlefish and octopuses. And now, marine biologists have a better sense of how they work in squid, too.

In a study published in the journal Scientific Reports recently, collaborators from the University of Minnesota Duluth and Okinawa Institute of Science and Technology Graduate Studies in Japan experimented with the bigfin reef squid’s camouflaging abilities in the lab. They constructed a fiberglass tank and divided the bottom to make a blue background and a green, algae-filled background to mimic the species’ various habitats. The researchers then placed eight captive-bred adult squid in the vessel, and filmed the creatures with an underwater camera as they moseyed around. To avoid reflections from natural light, the team covered parts of the tank with fabric and only captured data in overcast conditions.

The recordings showed that the squid tweaked their body color each time they moved between the blue background and the green background. In a few cases, they made the adjustment in just a fraction of a second. They also didn’t stop swimming as they changed hues: The animals logged an average velocity of .16 meters per second as they kicked their chromatophores into gear.

The authors of the study noted a number of similarities in differences between the bigfin reef squid and other pigment-producing cephalopods. For one, they hypothesize the squid could be anticipating the different backgrounds, based on how quickly some individuals adapted while crossing from blue to green and green to blue. This is a behavior cuttlefish express while traveling around benthic environments. But the researchers also point out that the squid might have camouflaged more quickly in the tank because of heightened social interactions.

[Related: Slap another cephalopod on the vampire squid’s family tree]

Most importantly, the team concluded that the species activates its color-changing powers in two ways: with a see-through body and internal pigment factories. Previously, marine biologists had thought squid only depended on glassy skin, not chromatophores, to blend into their surroundings. But the bigfin reef squid gravitates from seagrass lagoons to the open ocean as it matures, indicating that it needs multiple strategies to disguise itself from predators through its life cycle.

The squid species has “a rare combination of semitransparency and the ability to change body color via chromatophores (metachrosis), which enables it to successfully inhabit both pelagic and reef environments,” the authors wrote in their paper. “Therefore, it represents an attractive model organism for studying the ecology, evolution, and neurobiology of versatile, dynamic camouflage.”

See the first-ever video of a bigfin reef squid changing colors to match its background below.