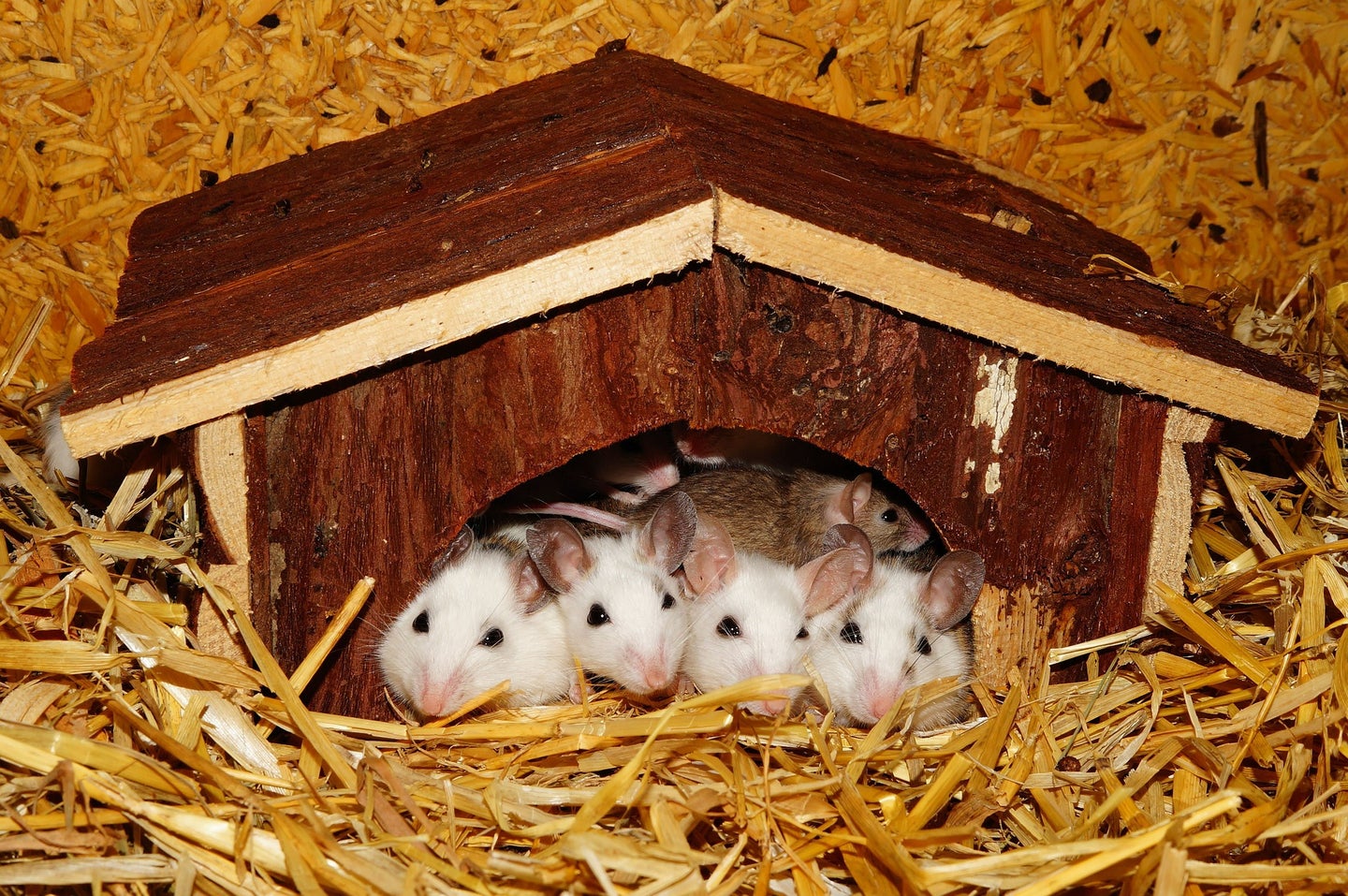 Raising a child often takes some serious preparation. Future parents may have learned how to change a diaper during home economics or how to quell a baby’s screech with tips from their own mothers. In fact, parenting, much like cooking or writing, is a skill that can be taught or learned. Until recently, researchers didn’t know if animal species beyond humans and primates could learn how to become better parents simply by watching.

A study published this week in Nature found that experienced mice mothers teach virgin female mice crucial parenting skills. Researchers at NYU’s Grossman School of Medicine and Rutgers, observed mother mice “shepherding,” or pushing young female mice into a nest with crying babies enlisting the youngsters as babysitters and possibly teaching them how to manage their own future offspring.

“What we found astounded us, basically the mothers conscripted the virgins into co-parenting,” says Robert Froemke, a co-author of the study and professor in the department of otolaryngology and neck surgery at the NYU Grossman School of Medicine. “It wasn’t violent or forceful or aggressive, but definitely like an experienced mom grabbing the older child by the hand and dragging them into the nursery.”

To understand how the scurrying critters refined their parenting skills, neuroscientists placed an experienced mother, her litter of pups, and a non-related virgin female into a cage. They also equipped the inexperienced adolescent with headgear to monitor their brain activity and tucked in a 24/7 camera to document every teensy move.

[Related: An ‘extinct’ Australian mouse has been thriving on a remote protected island.]

“We’ve been taking a documentary filmmaking approach to look at what happens when female mice meet and interact with the babies for the first time,” says Froemke, who was inspired by filmmakers in Blue Planet II who captured years of continuous recordings to catch fantastic, but otherwise fleeting, moments in wildlife.

Single parenting, even for tiny mice, is hard, the researchers observed. Each time the mother left the nest to grab food or water, the helpless pups would wail. The younger rodents, annoyed by the high-pitch squeals of the baby pups, would flee the nest and huddle in a far corner of the cage.

Yet, the single mamas were relentless in enlisting a babysitter. During the course of the study, mouse moms shepherded their unwitting babysitter into the nest hundreds of times.

“We call it shepherding because it looks like the mother is shepherding like a sheepdog,” says Froemke. “She’ll do it over and over again, and it’s not subtle at all.”

These interactions activated oxytocin receptors in the inexperienced females’ brains—releasing oxytocin, a hormone responsible for forming bonds between pairs. Oxytocin is also released during lactation to strengthen the relationship between mother and child, says Froemke.

The researchers found that oxytocin rewired parts of the virgins’ brains to make them more receptive to the toddlers’ cries. Within days, they were huddling in the nest on their own accord, keeping the pups warm and grooming their little bodies.

The recordings also found mama mice repeatedly demonstrating to virgin mice how to pick up pups who had fallen from the nest. This also activated oxytocin transmitters in the babysitters’ brains, possibly enhancing how quickly the younger females learned the skill.

The role of oxytocin in mammalian motherhood

While neuroscientists and doctors know oxytocin is important for developing parental instincts, more research is needed to unravel how it interacts within human and mouse brains. This study puts us one step closer to solving the puzzle.

“Oxytocin seems to be turning up the volume on some of these infant cues, maybe to make animals much more motivated or to make these cues more likely to change behavior,” says Froemke, whose lab is now investigating whether or not babysitter mice go on to become better parents themselves.

While Froemke’s research is focused on these tiny fuzzy creatures, he believes that human parenting is probably learned in a similar way: “I think it’s a major hypothesis that oxytocin is doing similar things in humans,” he says

In the meantime, if you want to prep or refine your own parenting skills, Froemke suggests taking a parenting course or babysitting for some hands-on practice.

“I think every parent has felt like they had an off day and the hope is you don’t have too many off-days,” says Froemke who is a father of two. “Everyone wants to be a good parent, and so you know, how can we help each other get there?”