Exploring the common misconceptions regarding trans and non-binary identities 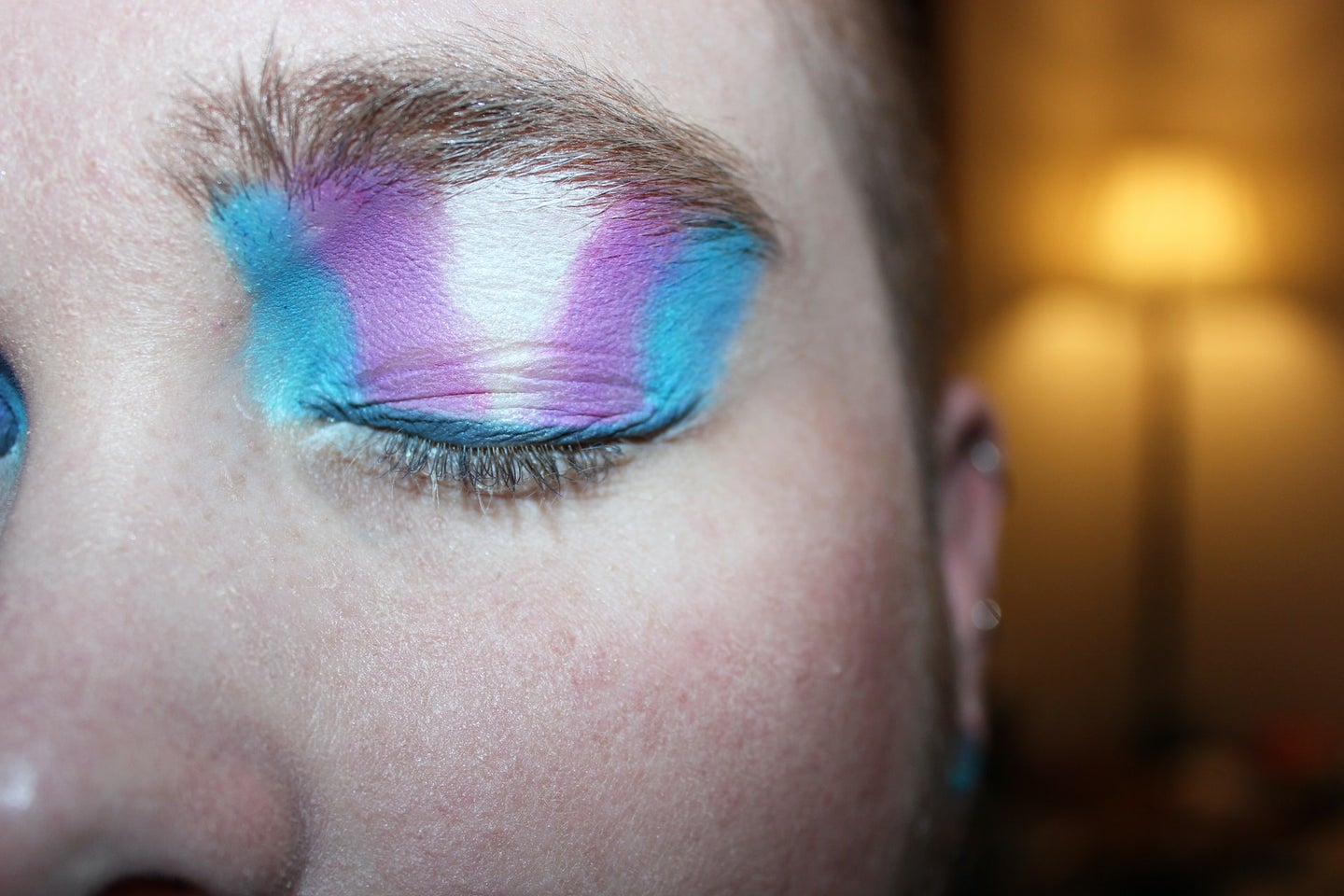 Trans and non-binary identities have existed for centuries. But modern science has given new ammunition to detractors. Kyle/Unsplash
SHARE

Last month, a series of anti-trans tweets by author J.K. Rowling incited a maelstrom of anger, pain, and indignation. Specifically, Rowling opposed the phrase “people who menstruate” in an article, commenting on the social media platform, “I’m sure there used to be a word for those people … Wumben?”

Gender and sex are not the same thing

Sex is usually determined by a doctor shortly after birth based on the external genitalia you have, and even then it’s not so clean cut. Estimates suggest that 1 to 2 percent of all people in the US are intersex, meaning their bodies don’t fall neatly inside the male/female binary: Their gonads, genitalia, and hormones don’t necessarily match in sex characteristics.

Gender identity is less clinical and more focused on how an individual views themself. Human Rights Campaign defines gender identity as “one’s innermost concept of self as male, female, a blend of both, or neither—how individuals perceive themselves and what they call themselves.”

Gender presentation is how an individual chooses to look and show their identity through their appearance. How a person presents themself is separate to the gender they identify with—and trans individuals do not need to dress hyper-feminene of hyper-masculine to prove their gender identity.

Hormones are not sex specific

“Sex hormones” are a myth, says Katie Spencer, an assistant professor at the University of Minnesota who researches human sexuality and co-directs the National Center for Gender Spectrum Health in Minneapolis, Minnesota. Cis men have estrogen and cis women have testosterone, not to mention the wide variability among intersex individuals—”we all have sort of a blend of them in our bodies.”

Naturally variable hormone levels have been the center of controversy in competitive sports. For example, track-and-field star Caster Semenya has been scrutinized throughout her career because of her naturally high testosterone levels. Researcher Joanna Harper recently told Popular Science that we still don’t fully understand how all hormones affect athletic performance.

Spencer adds that there are plenty of trans people who don’t take hormones or have surgery just as there are plenty of cisgendered people who do need supplemental hormones, whether it’s for symptoms related to menopause, mediating sex-drive, or to prevent hair loss. So the perception that trans people taking hormones is evidence of something wrong or unnatural is completely moot, she says. What’s more, safe access to hormones is a public health issue: Hormone therapy can already increase your risk of heart attack, but taking hormones from unreliable black market sources means you’re never really sure how much of a hormone you’re taking, and that can result in serious medical issues, like kidney failure.

“Lots of bodies menstruate,” says Spencer. There are some trans men and non-binary people who menstruate and get pregnant. On the other hand, there are plenty of cisgendered women who don’t menstruate. Menopause and other conditions like polycystic ovarian syndrome or uterine disorders can prevent regular cycles. To conflate menstruation with womanhood is wrong and offensive, says Spencer. Moreover, she says, it’s medically dangerous.

Awareness of obstetric and gynecological care for men and non-binary folk is important, because their experiences are still poorly documented and understudied. That “time of the month” can come with a big psychological toll for some. One study of pregnant trans men found that trans men remain highly motivated to get pregnant at the prospect of fatherhood, despite the lack of information and support available to them. Another study shows that some trans men experience extreme isolation and body dysphoria during pregnancy.

Access to the care they need to transition is crucial for trans folk and their mental health, says Arroyo. When they receive appropriate, thoughtful care, trans individuals have better mental health and are more likely to feel safe and satisfied with their care. Interfering with an individual’s ability to live their full life or to prevent them from having dysphoric feelings, he says, is awful.

Trans existence is not new

For example, before Europeans reached North America, many Native American tribes had third gender roles. Indigenous groups to this day have many different names for people across the non-binary spectrum.

“Looking at past populations, from historical documents to archaeological artifacts, graves, funerary goods and skeletons, we know that the binary that we think of as gender being male or female didn’t exist in all populations—and we know it still doesn’t exist in all populations today,” says Sabrina Agarwal, a bioarchaeologist and anthropologist at UC Berkeley. “We have evidence of gender and sexuality fluidity across human cultures from even prehistoric times—from ancient Egypt, Mesoamerican, the Inca, Southeast Asia, and even in the earliest Mesopotamaian writing tablets.”

A lot of the archaeological record supports a long history of gender fluidity, Agarwal says. One way to see that is to look at grave sites. By analyzing a skeleton archaeologists can infer a person’s sex, but that sex does not necessarily match up with the gendered artifacts they find at the person’s grave site, she explains. This could be because the individual lived outside of the gender binary.

Suppressing “deviations” from what’s considered normal is an invention of white colonization, says Pratt López, and so framing transness as a new phenomenon is deceptive and wrong. When white colonizers moved in on communities around the world they forcibly brought with them tenets of sex and gender binaries.

Agarwal agrees. She says that “these ideas of a gender binary are a Western-centric perception—the white settler’s idea of how things are divided.” A noted example she has studied are the hijras, a term that includes transgender and intersex individuals, and eunuchs. South Asia has long recognized them, she says, but when British colonialists came in, they targeted and criminalized the hijra. They still face echoes of that stigma today, though India recently gave the hijra legal recognition as a third gender.

When you consider the record of gender fluidity in the world throughout history, Pratt López says, it becomes impossible to separate trans oppression from colonization.

Trans sexuality is a particularly frustrating misconception to talk about, says Pratt López. However, she says it’s difficult to pinpoint what is so hard for folks to understand. She puts forth this hypothetical situation: If a heterosexual man who is only attracted to women sleeps with a trans woman, the common public response to that kind of relationship is usually, “He must be gay” rather than, “She must be a woman.”

Transitions aren’t the same for everyone

“Transness, like anything, is a spectrum,” says Pratt López. She notes that how a person chooses to transition, and how they want to present themselves during this time, should occur on their terms: “Trans people don’t have to have any surgeries or take hormones in order to be the gender that they are.”

Rowling has also insinuated that queer youth are being “shunted towards hormones and surgery,” calling it “a new kind of conversion therapy for young gay people.” Contrary to what the author claims, helping trans youth understand their identities, and meeting them where they are is pivotal to closing mental and physical health disparities between trans and cis youth.

“There are people who would oppose somebody who is trans from getting appropriate medical services, whether hormone therapy or surgery, and I would encourage them to look at the health outcomes,” says Arroyo. The health disparity between cis and trans communities is frighteningly large, he says, but we see in our patients and in the research that providing support to both youth and adults can help close those gaps.

Conversion therapy, a category of discredited practices that aim to conform a person’s sexuality or gender identity to the societal norm or expectation, on the other hand, is dangerous and does not work. The UN has called it a “‘cure’ for an illness that does not exist.” Comparing transitioning to conversion therapy is a baseless analogy that does not hold up.

We often think of transitioning as going from one stereotypical side of the gender spectrum to the other, Arroyo says, but thinking about transitions as crossing a binary is inaccurate. A transition can mean different things to different individuals: Some trans folk may only want to transition by way of clothing and expression, while others might want to go as far as hormone therapy or surgery. There is no set end goal to a transition, no final destination. “It is not for me to say that one person’s way of expressing their gender is a transition or is not a transition,” says Arroyo. “And I think that’s a good reminder for us as medical providers—that it’s not for us to determine what transitioning is, but it’s for the individual to discover what transition is to them.”

How to be a better ally for trans people

Trans individuals, and especially trans women of color, are disproportionately victims of violence. As of July 27, 22 transgender or gender non-conforming people have been violently killed in 2020 alone. 16 of them (76 percent) were people of color.

“Here we are, in 2020, still begging and pleading for people to see our humanity,” says Milan Nicole Sherry, a trans activist from New Orleans who organizes the city’s NOLA Trans March of Resilience and created the hashtag #blacktranslivesmatter. She says that instead of complacent allies, they need active accomplices who speak with their actions—those who will not only stand with trans people, but walk with them and protect them, too.

Ask yourself, “how can I show up?” and ask your trans friends, “how can I help you and trans people?”, says Sherry. If you phrase it in a direct way, then you are more likely to get a direct answer.

Being an accomplice, as Sherry puts it, could mean joining them in protest, volunteering at a clinic or youth organization, or even just talking to those around you who are ignorant about trans people—all of it contributes to a movement towards acceptance.

Any and all action is impactful, especially during a time when celebrity authors and government agencies try to invalidate the trans community based on false interpretations of biology.