Paleontologists finally know what this ancient armored reptile looked like 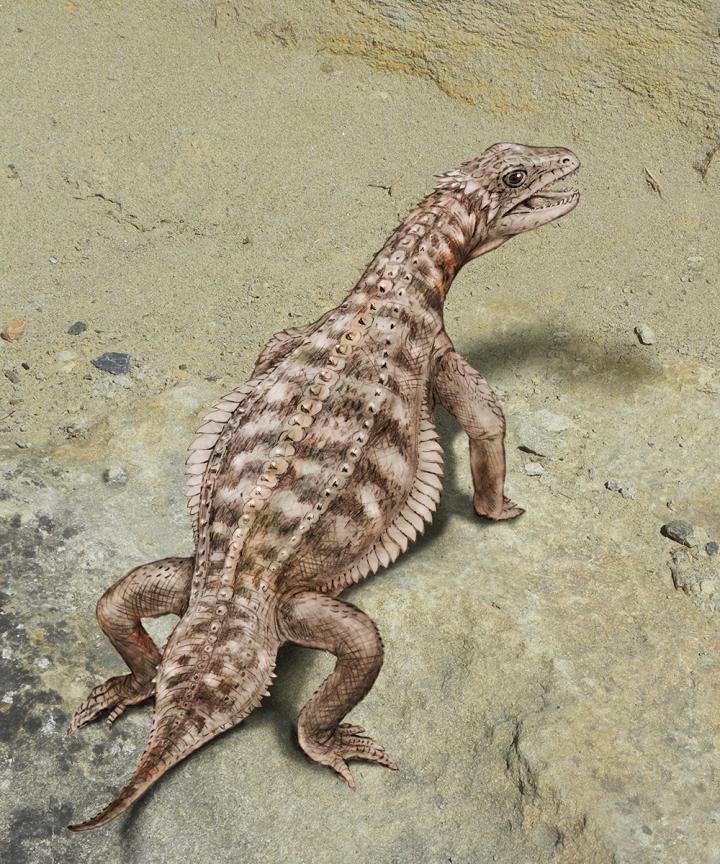 A lot can happen in 241 million years. Dinosaurs can rise and fall, and so can the Earth itself. Take Switzerland: In the past 241 million years it went from being beachfront property to a mountainous skier’s heaven dotted with chalets.

In that ground-breaking change, remnants of the past got elevated along with the Alps, stranding seashells and other fossils on mountain peaks and leaving a scattered record for paleontologists trying to piece together what life on Earth used to look like.

Not all of those fossils aged well. In one case, some smashed disarticulated skeletons of a strange reptile were found in Italy and the Netherlands. These were classified 14 years ago as a particular species of reptile—Eusaurosphargis dalsassoi—but because the fossils were in such poor shape, researchers still weren’t 100 percent sure what it looked like in its day.

During an excavation at an altitude of 9,000 feet in Duncanfurgga, Switzerland, researchers found an impeccably preserved fossil of Eusaurosphargis dalsassoi mixed in with fish and marine reptile remains. When it was first uncovered 15 years ago, encased in rock, it was initially classified as a boring, run-of-the-mill fish. But after the fossil was carefully prepared and removed from some of its protective stone casing, paleontologists swiftly realized it wasn’t a fish at all. Now, they can finally put a face to the name.

The new find is described in a study published Friday in Scientific Reports. It turns out that this ancient reptile was young, only about 20 cm long, and with its scaly armored surface, looked a lot like girdled lizards that live in Africa today.

“This is a case of convergent development as the extinct species is not closely related to today’s African lizards,” lead author Torsten Scheyer said in a statement.

Scheyer and colleagues think that while the lizard was land-based, it was likely most closely related to reptiles that lived in the oceans around the same time. While it didn’t have flippers or any visible water-based adaptations, it likely lived near the water. It may have been sunning itself on a warm Swiss beach when it died, leaving its remains to get swept into the surrounding sea.

Excavations at Duncanfurgga are still ongoing. So there’s hope that we’ll find even more amazing creatures like this reptile, from a time when Switzerland-to-be wasn’t landlocked.