New data shows just how few of us are meeting the recommended guidelines. 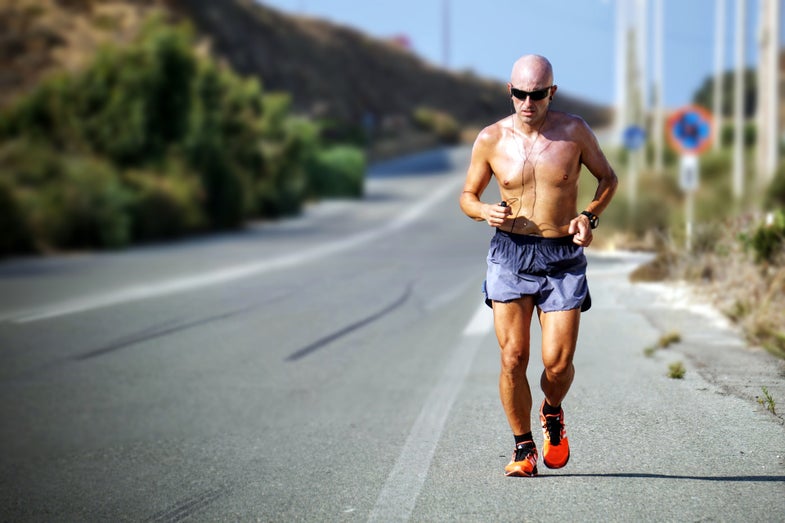 We all already know that America, as a country, is pretty inactive. Not nearly enough of us exercise nearly as often as we should. But talking about averages in a country as populous and diverse as the U.S. is also kind of meaningless—the “average” adult doesn’t really exist.

According to new data from the Centers for Disease Control, only about 23 percent of all U.S. adults get the recommended amount of exercise per week. That’s 150 minutes of moderate intensity aerobic exercise, plus two bouts of muscle-strengthening exercise. Researchers have been collecting detailed data about these recommended levels of activity since 2008 as part of the Healthy People initiative, which sets goals for each decade—we’re currently working toward the 2020 aims. But the considerable variation between exercise routines gets obscured by that single number.

And indeed, when you start digging into the details, the picture gets a lot more interesting. For instance, this is the overall map of physical activity in America:

As you might’ve predicted, western states tend to be more physically active, while southeastern states rated lower. There are lots of reasons for this geographical variation. The most active states are also generally higher in income and more white, both of which correlate with high socioeconomic status. That, in turn, means those people are more likely to have the kind of job that makes exercising during leisure time much easier—jobs that don’t require physical labor and have shorter, more regular hours.

This pattern becomes even more clear when you look at the data comparing income to activity level. (Note: the new CDC report averages data from 2010-2015, whereas the charts below use data from 2016 so as to be the most up to date).

There are also striking differences outside of socioeconomic status. Many more men meet the national standards for exercise than women—26.3 to 18.8 percent in 2016. This gap persists across aerobic activity and strength training.

Nearly half of the female population meets the aerobic standard, but just 21.9 do two-plus days of muscle-strengthening exercise. The CDC report doesn’t offer much in the way of an explanation, but prior studies have tried to investigate why women are less active than men. One 2016 review found that, though studies were generally lacking, one of the largest (or at least most identifiable) factors is an imbalance in self-efficacy. Self-efficacy is the belief that you can succeed at something you set out to do. Men generally have a more firm belief that they can achieve their physical fitness goals, and so they’re more likely to set out to try to do so (and are therefore more likely to succeed).

Of course, this is not to say that men simply have more faith in themselves. Rather, the researchers suggested, it’s that historically men have been encouraged to participate in all kinds of physical activities—sports and otherwise—whereas women have not. In many cases, they were actively discouraged. It wasn’t until 1977 that women even had sports bras to work out in. The first woman had run the marathon in Boston just a decade earlier and she had been forced to register as a man—women weren’t supposed to run in it.

And because more men participate in sports and have role models who do so, they have more social support—that was one of the other main findings from the 2016 review. If all your friends work out, and maybe even work out together, you’re more likely to as well. Or perhaps it’s your dad who exercises regularly, and so you follow in his footsteps. These gender norms might not have a huge influence on every single person, but their effects add up across a whole population.

These differences also mean that we need to approach remedying the situation with some nuance. For example, the review notes that “as opposed to focusing on competition and perceptions of others, it appears that girls and women may benefit more from a focus on health and wellness outcomes.” It also suggested that extra attention be paid to helping women identify sources of social support.

Gender is just one aspect that we need to focus on. The CDC data shows significant differences across all kinds of divides—racial, ethnic, socioeconomic, marital status, age, sexual orientation—that we should pay attention to. And we have a long way to go. In 2016, just 22.5 percent of us met the physical activity guidelines, and while that exceeds the target for the Healthy People initiative (20.1 percent), it’s still tiny. That means three quarters of all Americans aren’t getting proper exercise. Though it’s not the best way to lose weight, it is a crucial component of healthy living. We should all be trying to work out just a little bit more, even if we have to start small.