What PopSci editors are reading this spring

A few book suggestions to help you defrost. 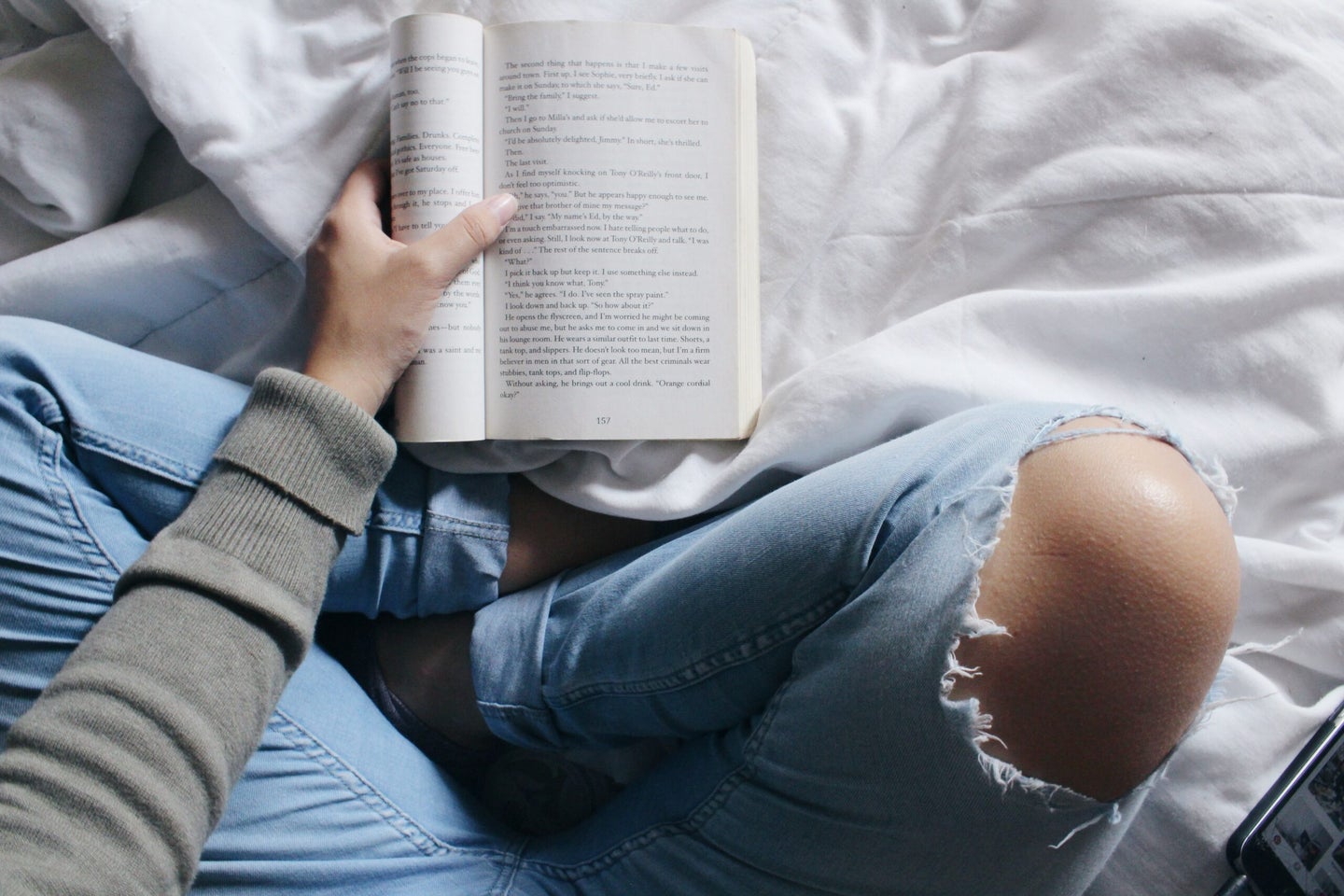 I never know what book to take on next, so I go to my well-read coworkers for suggestions. Below are the tomes the PopSci staff are reading now.

“Agnes Morley Cleaveland’s No Life For a Lady had me by the dedication page: To ‘[a]ll those Pioneer Women whose stories can never be adequately told but whose courage, endurance, and determination to hold fast to their highest ideals contributed to the making of America.’ What followed exceeded all expectation. In 356 pages, Morley Cleaveland jovially recounts her experiences growing up in the wilds of New Mexico, a territory at the time of her birth in 1874 and a state by the time of her death in 1958. Unlike other memoirs, which focus solely on the emotional trials and tribulations of the author, No Life for a Lady is more like an autobiography of the land itself. There are stories of sheriffs and gunslingers, prophets and swindlers, cowpunchers and bear hunters—and Morley Cleaveland is an active participant (and clear-eyed recorder) in every outlandishly true tale. Readers will notice ways in which the book falls prey to many of the issues of its era, from speculative archaeology to racist depictions of Native Americans. But as a firsthand account of this peculiar time in American history, none are more readable.” —Eleanor Cummins

“I bought The Forever War forever ago for like a buck during a Kindle sale and then forgot about it until I was reviewing the most recent Kindle. It’s basically a space opera that represents the author’s experience in the Vietnam War. It’s like Starship Troopers with a different overall outlook on war. I typically default to wizards and dragons nerdery, but I figure since Game of Thrones is ending, now is a good time for some spaceships and laser guns nerdery.” —Stan Horaczek

“Lately, I’ve been trying to step up my poetry game and vocabulary, so I picked up a copy of The Unabridged Journals of Sylvia Plath from a used bookstore near Union Square. A version of Plath’s journals was originally published in the ’80s, but was heavily abridged by her husband, Ted Hughes. This is new edition is an exact transcription of her personal writings, which dives deep into the last 12 years of her life. While the new material sheds further light on the depth and intensity of her inner demons, it also reinforces Plath’s undeniable genius. Each journal entry, no matter how mundane the subject matter may seem, is written in distressingly beautiful, sensory-evoking prose. If you’re feeling a little blue, you may want to hold off. But if you’re looking to find some reading material to get your own creative juices flowing, I highly recommend.” —Katie Belloff

“I recently polished off Conversations with Friends by Sally Rooney. The author has this fantastic ability to get inside the psyches of her characters. When I saw Rooney speak at an event in Brooklyn, she talked about her characters as living, breathing entities whose urges and actions she couldn’t control. The result—at least in this case—is a piece of fiction that sucks you in and keeps you constantly analyzing each character’s motivations and desires. I recommend it!” —Jess Boddy

“I’m currently powering through Inferior, a book by Angela Saini about the shoddy science that’s shaped our perception of the ‘fundamental’ differences between men and women—and why much of that research is wrong. It’s been truly mind-blowing, somehow without being sensationalist, and I cannot recommend it highly enough.” —Sara Chodosh

“Gingerbread is full of weird and spooky magical things and is a great antidote to all the weird and spooky non-magical things going on in the world. I’ve been meaning to pick this up for a while because one of Oyeyemi’s earlier books—Boy, Snow, Bird—is a favorite of mine. Luckily this was the April pick for the book club I’m in with a few fellow PopSci staffers. Unluckily, I got a stomach bug on the day we were supposed to discuss it. So I need somebody to read it and talk to me about how beautiful and weird it is.” —Rachel Feltman

“I decided to pick up a hobby that lets me create things with my hands and helps me relax. Carve: A Simple Guide to Whittling by Melanie Abrantes walks you through the tools and techniques as well as gives you specific projects to try. Since I’m a coffee freak, I want to whittle a wooden coffee spoon. This book tells me how to do that.

And then there’s Monsieur Pamplemousse: On the Spot, a “gatronomic mystery” novel about a detective and his canine sidekick. The tagline on the front of the book says ‘If the famous soufflé does not rise, France will be in the soup.’ Enough said. This will be amazing.” —Billy Cadden

“I’ve been a fan of Maureen Johnson for a few years—she’s great on Twitter and occasionally has popped up on YouTube channels I follow. But in all that time, I’ve never read her books, despite the fact that she’s been on the New York Times bestseller list multiple times. Her latest book, The Vanishing Stair, has popped up on the bestseller indexes, but it’s a sequel to Truly Devious, which I never read. So I’m committing here on the internet that the next book I read will be Truly Devious.” —Jason Lederman

“The last book I finished was The Secret War of Helene de Champlain, an autobiography of World War II resistance fighter Helene Deschamps Adams. I picked it up after surfacing from a deep dive into an internet rabbit hole that began while replaying Medal of Honor: Allied Assault, a video game set during the war.

One of the in-game characters, resistance fighter Manon Batiste, is based on Deschamps Adams, who also served as a consultant for at least one game in the Medal of Honor series. Researching the character and the French Resistance led me to the book, which was published in 1980—the first of Deschamps Adams’ two autobiographies.

‘Secret War’ recounts how Deschamps Adams entered the resistance at age 17 and fought to survive and undermine the Nazi occupation of her home country. The book goes into great detail about her actions, from taking on code names ‘H-1’ and ‘Anick,’ to dodging bullets during a harrowing nighttime drive in a car without headlights, to joining the U.S. Office of Strategic Services—precursor to the CIA.

It’s a fairly quick read; I couldn’t put it down. If you’re a fan of history, spycraft, or even just ordinary people fighting against oppression, it’s a solid choice.” —John Kennedy

“There are so many recovery tools out there marketed to athletes of every level. For everything from Gatorade to ice baths, Good to Go: What the Athlete in All of Us Can Learn from the Strange Science of Recovery dispels the myths that surround these methods, and takes a deep dive into the science behind what really helps us recover.” —Claire Maldarelli