There’s a HIIT for weight lifting, too. And it works really well.

You may already know it by another name. 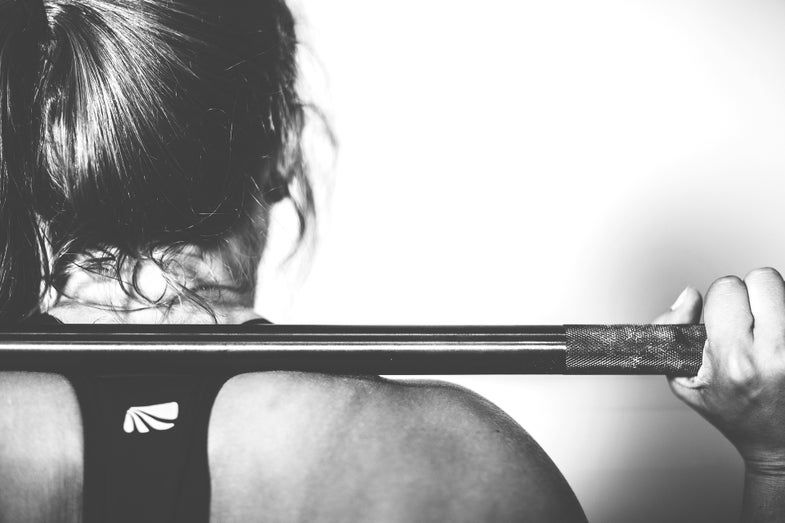 Everyone wants to work out less and see more gains, right?. Sweat for 20 minutes instead of an hour and get in shape faster? Come on. What could be better than that?

That’s the appeal of high-intensity interval training, or HIIT. Keep your heart rate way up for a short period of time by doing brief, intense bursts of movement and see the same (and sometimes more) improvements in cardiovascular endurance, muscle strength, and many other aspects of physical fitness. It’s traditionally an aerobic regimen, though you still see strength gains, but a recent study by the American Council on Exercise applied HIIT to resistance training.

You might know “resistance training” better as weight lifting—the resistance is the added weight. For those who have tried more traditional HIIT, the idea of applying it to deadlifts and squats might seem odd. HIIT exercises involve rapid, successive body movements. Lifting seems slower in comparison.

But the idea isn’t actually new. It just usually goes by a different name: high-load training, or simply lifting heavy.

Though the idea is not revolutionary, it means that instead of relying on a single study to assess the workout we can look to past studies.

This recent study focused on one outcome: how much more weight could participants lift at the end of the study period than they could at the beginning. Or, in gym-bro terms, how much gains they made (or how many? I’m not fluent). One group did a single set of five reps at their five rep max (or the highest amount of weights they can hold), whereas the other did one set of 10 (then later, two sets of twelve) at a slightly lower weight. The researchers found that lifting heavier weights for fewer sets produced faster gains in general, or at least equivalent. By the end of the study those on the HIIT regimen could lift more weight, and they did it in less time per session.

That’s largely consistent with what many studies have found and in line with our current understanding of how humans build muscle. Meta-analyses show that gains in muscle strength are greatest when the weight load is greatest. This intense weight overloads your muscle, which prompts your muscles to add more cells in order to prevent this overload from happening again (your personified muscles think you’re failing at something critical, like perhaps pushing off a bear). You have to keep increasing the weight because you have to keep forcing your muscles into overload, otherwise you’ll grow accustomed to however much you’re lifting and instead maintain the same muscle mass. This is also why a limb in a cast will shrink—the immobilized muscles think you don’t need them anymore, and so your body conserves energy by removing cells that otherwise drain your energy.

This phenomenon is called hypertrophy. The more you strain your muscles the faster and stronger they’ll grow. It’s why powerlifters (those who do deadlifts, squats, and bench press over the more explosive Olympic lifting moves like the clean and jerk) train with weights approaching their one rep max.

So that’s essentially what HIIT for lifting is: it’s just lifting heavy for fewer sets and reps. Heavier loads can mean you’re more likely to get injured, so making sure you work your way up to the hefty loads and maintaining proper form are crucial. Trying to deadlift 200 pounds without knowing how to do it could easily lead to a back injury.

As for whether you should do it, that depends on your fitness goals. If you want to lift the most weight possible, hypertrophy should be the aim and HIIT is a great way to do it. You’ll spend less time at the gym and see at least the same gains. But if you’re aiming for endurance, lifting heavier won’t necessarily help you. Carrying around a lot of muscle drains your energy quickly, and though aerobic HIIT can help increase your aerobic endurance, lifting HIIT probably won’t. But hey—at least there’s an HIIT for everyone.