How to work out your pelvic floor (and why everyone should) 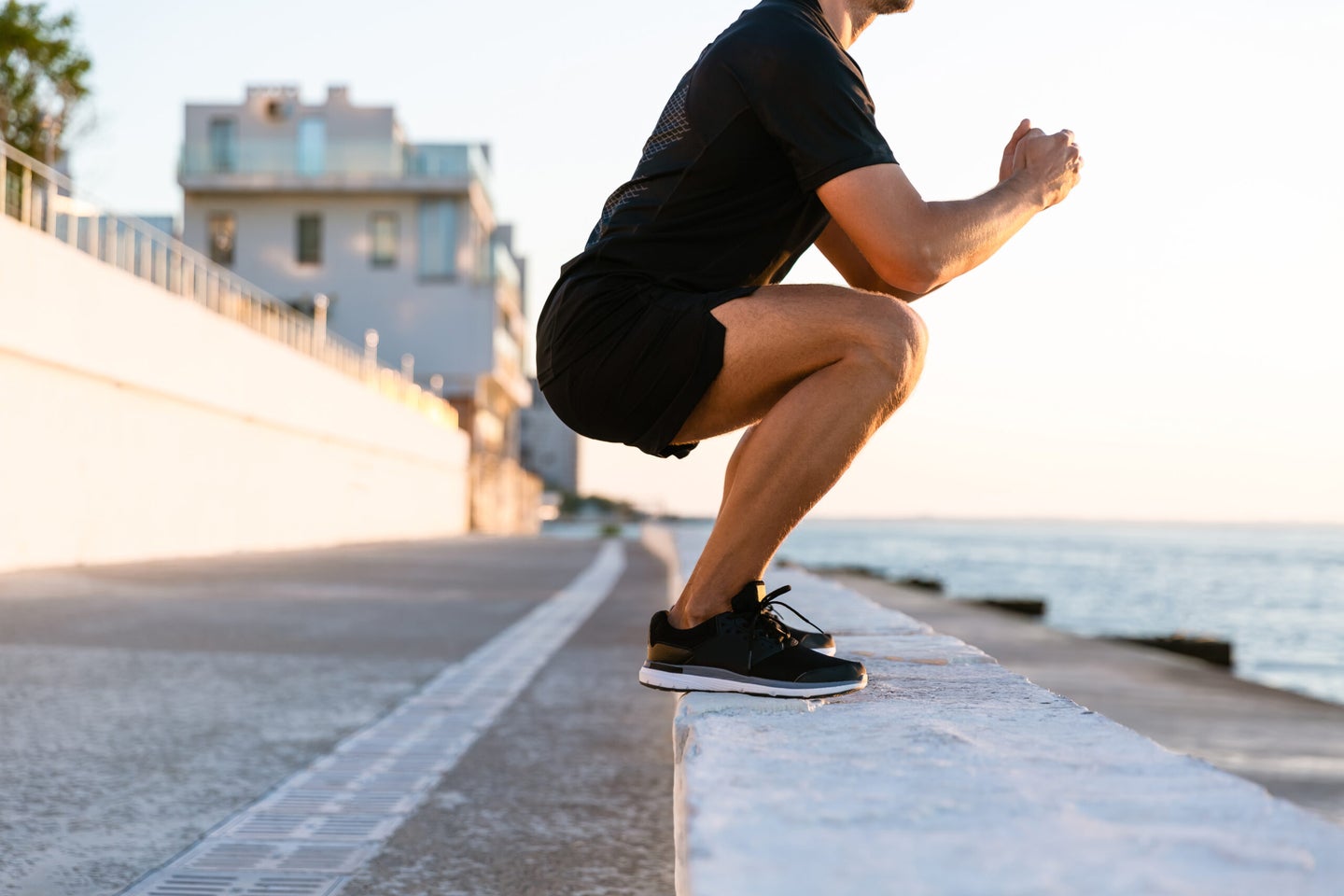 This is not how you exercise your pelvic floor, but it is how you sit on a toilet. DepositPhotos
SHARE

Talk of pelvic floor muscles may bring to mind images of jade eggs, but while buying expensive rocks to stick up your nethers is a bad idea, maintaining a strong pelvic floor is a great one. Here’s everything you never knew you needed to know about keeping that pelvic floor jacked:

Do I have a pelvic floor?

If you have a pelvis, then yes, almost certainly! The pelvic floor refers to a group of muscles that “stretch like a muscular trampoline from the tailbone to the pubic bone,” as the Continence Foundation of Australia so delightfully puts it. These muscles hold up the bladder and the bowel, as well as the uterus (if you have one).

What does my pelvic floor do?

In addition to literally supporting all those organs lingering around your pelvis—which require a nice springy base, given their propensity to fill up with poop, pee, and sometimes even fetuses—the pelvic floor surrounds the fleshy tubes that allow such fluids and bodies to exit. The urethra and anus have additional rings of muscle called sphincters that give us more nuanced control of the comings and goings of our waste emissions, but anything trying to get out of your body must get past the pelvic floor first.

Do I need to work out my pelvic floor muscles?

There isn’t a ton of research as of yet on preventative pelvic exercises, but it can’t hurt (as long as you’re doing it right—more on that in a second). And there are certain conditions that may improve with the help of such exercises. A weak or damaged pelvic floor could lead to sexual dysfunction, incontinence, pain during sex, organ prolapse, or even lower back pain. In many of these cases a physical therapist will work to improve pelvic floor strength. But that doesn’t mean you should wait for a uterine prolapse before you start thinking about your pelvic floor.

“The pelvic floor absorbs all the pressure and weight of our bodies, and we pretty much do nothing in our day to day lives to strengthen it,” says Dr. Donna Mazloomdoost, a medical officer at the National Institute of Child Health and Human Development who specializes in pelvic floor disorders. “It’s not like legs, where you’re walking around.” And especially as more people become obese, and put more weight on these muscles, she explains, a quick pelvic floor workout is probably well worth the effort for most of us.

Of course, the people who need to worry most about pelvic floor exercises are folks who have already suffered from related symptoms. Many individuals have strained or damaged muscles after giving birth, while others may have muscles damaged or even partially removed during prostate surgery.

How do I strengthen my pelvic floor?

The answer to this depends on two things: your anatomy and the kind of trouble it seems to be giving you.

“If women want to do them on their own we recommend that each muscle contraction feels like you’re trying to stop the flow of urine, and you want to try to hold that contraction for 6 to 8 seconds, doing sets of 10, three times a day,” says Mazloomdoost. If those are the genitals you’re working with, here’s a helpful video from the Continence Foundation of Australia:

The important thing is to find the muscles you’re trying to squeeze, which is why stopping a urine flow can be helpful. But you’re not actually supposed to work out your pelvic floor while peeing; you absolutely should not interrupt your normal flow of urine multiple times a day, as this could actually lead to trouble emptying your bladder. Another common misstep is to tense up your butt or hold your breath. Kegel exercises should not feel like a strain, but merely a lifting and lowering of your pelvic trampoline. If you really feel stumped by these instructions, this may be a sign that your muscles are weakened enough to warrant the help of a urogynecologist.

“It’s an incredibly common problem, and because it’s embarrassing and not life-threatening, people often don’t talk to doctors about it,” Mazloomdoost says.

(Side note: If you’re wondering where “kegels” come in, gynecologist Arnold Kegel was the first physician to point out the importance of strengthening pelvic floor muscles. So “Kegel exercise” or “kegel” has become a popular term for any floor-strengthening routine.)

Most pelvic floor research has historically been on women who’ve given birth, and we know a lot less about people whose pelvic floors are damaged by surgery.

“We hypothesize that one of the reasons strengthening exercises have not been successful in men to relieve incontinence is that the approaches that have been proven successful in women have been directly applied to men, without consideration of anatomical differences or differences in mechanisms of injury,” says Ryan Stafford, a research fellow at the University of Queensland. The pelvic floor contains more than one muscle, Stafford explains, and incontinence after prostate removal seems to often involve the small sphincter muscles that constrict the urethra. “We are currently investigating the idea that outcomes may be better if men exercise to train the coordination of these specific pelvic floor muscles,” he says.

“Many men focus on contracting as hard as they can, to the point that they also strongly contract the muscles of their abdomen,” he says. “This is a problem because contracting the abdominal muscles makes the pressure in the abdomen go up, and that squeezes the bladder. So that means men can make the problem worse as they are squeezing the bladder at the same time as trying to prevent urine being released from the bladder.”

In one study, Stafford and his colleagues found that male patients saw the best outcomes when they were instructed to try to “shorten the penis” with each contraction, as opposed to trying to “squeeze” anything. If you’re not sure you’re making the right kind of movement, you should talk to a doctor or physical therapist. But once you’ve got it down, the instructions are the same: hold that contraction for at least six seconds, in sets of ten, three times a day.

I only leak urine when I lift really heavy weights. Is that okay?

As Dr. Tamra Wroblesky recently wrote to USA Weightlifting members, leaving a puddle of pee on the gym floor is not the sign of a workout well done. It probably means that weight you should be putting on your core muscles is being shifted onto your pelvic floor, which already has enough going on.

“Leaking during lifting is often a sign that there’s a problem, whether it’s improper lifting mechanics, muscle imbalances, or any number of urological dysfunctions,” she wrote. “Listen to your body and get help if you experience any urinary or fecal incontinence. Not only will you fix a problem, but you will also improve your performance. If your body is operating effectively, you will lift more weight.”