How alcohol does—and doesn’t—affect your memory 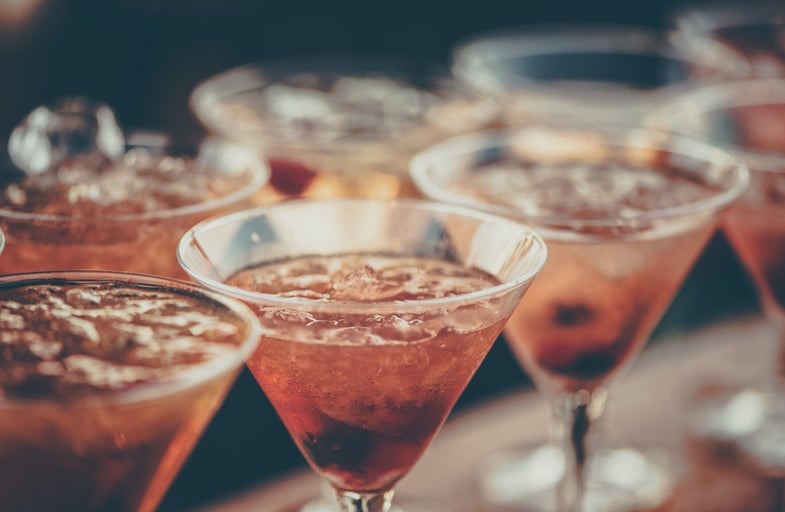 On Thursday, Christine Blasey Ford will take the stand at the Supreme Court confirmation proceedings for Brett Kavanaugh, who she has accused of sexual assault when they were in high school. Several other women have also come forward with similar stories in recent days. At the center of the investigation is the question of how alcohol affects memory and the brain, and whether these women could reliably remember something that happened to them under the influence.

The answer, experts tell Popular Science, is that while drinking can dull a person’s recollection significantly, traumatic situations can indeed leave a lasting imprint no matter the level of intoxication.

Alcohol spares no part of the brain, including our memory. “It’s a systemic effect,” says William Barr, director of neuropsychology at NYU Langone Health, “So the alcohol is elevated in your blood levels and that’s going to all parts of the brain, so general brain functioning is reduced.”

These effects start after just one or two drinks. Motor function starts to slow, you start to feel more social and relaxed, and maybe even a little emotional or impulsive. After three or four, you’ll start to get a blood alcohol content around or above 0.08 percent, the legal driving limit. Basic instincts, housed in the limbic system, start overriding higher judgment, controlled in the frontal cortex. Once you start getting upwards of six or eight or ten drinks, alcohol can start slowing down basic functioning in the most fundamental, central parts of our brains that control breathing and heart rate.

When it comes to memory, drinking messes with how our brains “encode” information, says Barr. There are three stages of memory—encoding, retrieving, and storing. Encoding is how we take in and remember new memories. We have to pay attention to something to encode it so we can later retrieve it from storage, says Barr. That’s why when you’re distracted, or doing something routine like driving home on a normal day, you may not always remember doing it.

You ‘black out,’ or have gaps in your memory from drinking, when your brain is not encoding what you’re seeing and doing, so you can’t retrieve those memories later when you’re sober. “Essentially, high BACs, and especially rapid rise in BAC that comes from drinking quickly, can interfere with the process of memories being consolidated into long-term memory,” writes Kate Carey, a researcher affiliated with the National Institute on Alcohol Abuse and Alcoholism, in an email to Popular Science.

Alcohol affects everyone slightly differently, says Bill Kerr, Senior Scientist and Center Director at Alcohol Research Group Public Health Institute. However, the general rule of thumb is blacking out can happen once someone reaches a BAC of 0.20, says Carey, which on average is about four drinks for women and five for men, especially if drunk quickly and on an empty stomach.

But that doesn’t mean you forget everything during a night of heavy drinking, says Barr. “When something significant happens, that comes to the forefront and that can still be remembered rather well, they call that Alcohol Myopia Affect,” he explains.

“Memory loss may be complete or partial,” writes Carey, who is also a researcher at the Center for Alcohol and Addiction Studies at Brown University. If someone is experiencing an “en bloc” or total blackout, the memories will not be stored in long-term memory and not be retrievable later, says Carey. “Less severe intoxication can result in ‘fragmentary’ blackouts,” she writes, in which you may temporarily forget things and be reminded of them later when “the right cues are found to retrieve them.” You can also create “fuzzy memories or partial memories for some part of the event while other parts are lost.”

When something bad or unusual happens, your drunk brain can and will actually encode that information, even if it’s not able to pay as much attention to peripheral details, says Barr. To go back to the mundane example of driving home from work, you probably don’t remember doing it every night, but you will remember the night a deer jumps in front of the car.

“So if you are trying to apply that to what Dr. Ford is saying, it would be very likely that she could remember that something bad happened to her and even who did it,” says Barr. “But she might not be as accurate about when exactly it was, where it was, or what music was playing or whose house it was or anything else.”

The idea that a victim of trauma is an unreliable witness due to intoxication doesn’t hold true, Barr says, even as details become spotty. “Because something like that could be remembered—even if drunk.”