The Montecito mudslide is a tragic reminder to respect our soil 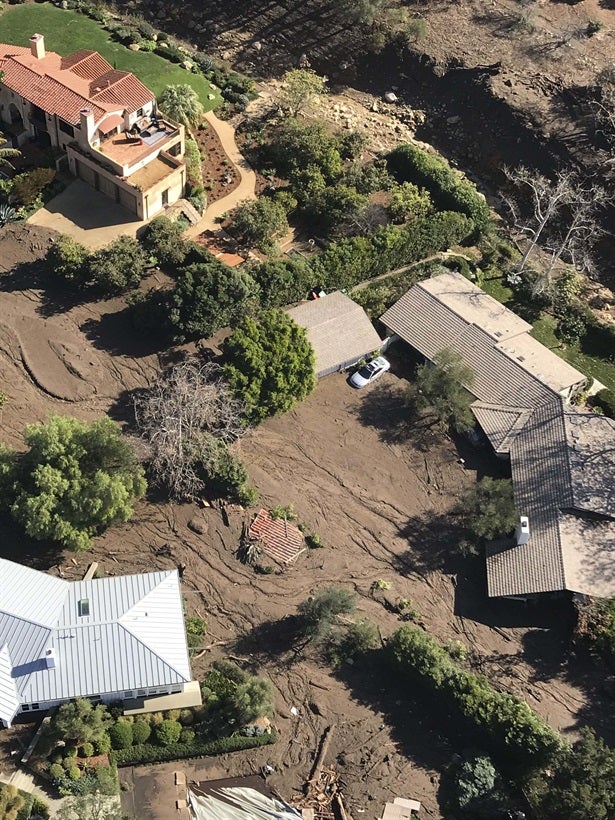 Franklin D. Roosevelt was one of the United States’s more quotable presidents. But one of his best is all too easily forgotten. In a letter to the governors of what was then just 48 states, Roosevelt wrote, “A nation that destroys its soil destroys itself.”

Before Roosevelt ushered in the atomic era, he was a tree-loving, soil-conserving Commander in Chief. On his private estate in Hyde Park, New York, Roosevelt created his own little woodlands to stopper the howling winds, prevent dust storms when the soil dried in summer, and stop the earth from slipping away in the rain. At the time, he was criticized for his strange experimentation, but eventually he took his timber test nationwide. Relying on the labor of the Works Progress Administration and Civilian Conservation Corps, he established the Great Plains Shelterbelt, comprised of 220 million trees in clusters stretching from North Dakota down to Texas. He also established the Soil Conservation Service and signed into law an act that paid farmers to lower their food production in order to prevent future Dust Bowls.

On Tuesday, mud swiftly swept down a hillside into the town of Montecito, California—a harrowing reminder of the importance, complexity, and uncontrollable nature of the earth below us. Houses (including Oprah’s) were inundated with mud, some submerged in brown goop up to the roofline. At least 17 people were killed, with many swept away by the powerful flows.

While the tragedy of the mudslide cannot be understated, experts weren’t exactly surprised. Vanessa Bailey, a second-generation soil scientist at Pacific Northwest National Labs, said recent events had set the stage for exactly this type of disaster.

Since December, Southern California has been besieged by wildfires. The Thomas Fire, which began December 4 and was still only 92 percent contained a month later, is officially the largest wildfire in California’s recorded history. As a result, large swaths of the region had seen all of their plants burned away. Without anything to hold the soil in place or consume any of the moisture, the next rain seemed poised to bring about some kind of shift. “It’s the perfect combination of removing the vegetative cover with the heavy rain,” Bailey says. “Earth moves,” Bailey says, “especially when it’s wet.”

Post-wildfire rains aren’t the only thing that can send your neighborhood tumbling down, though. Deforestation through any other means—whether that’s the logging industry or clearing land for farming—can also wreak havoc. Cliffside homes overlooking a river or ocean can offer scenic views, but they also put people in the path of soil erosion processes. And sometimes strong enough rainfall can wreak havoc largely on its own. A combination of these factors are believed to have contributed to the 2014 Oso landslide in Washington state, which consumed 49 homes and killed 43 people in what’s considered the deadliest landslide in U.S. history.

While we understand more than ever the mechanics of a mudslide, preventing future disasters like these is still a fraught topic. Clearly, keeping soils in place with plants is important. That might mean stopping development in areas prone to slippage, or helping a damaged ecosystem heal. Replanting slope-loving shrubs and other plants with deep roots may be a positive step, but it takes time—more time than Monetico residents had between the fire’s end and the mudslide’s beginning.

And meddling in the aftermath of a natural disaster can sometimes make things worse, Bailey cautions. Back in the 1930s, the very Soil Conservation Service that Roosevelt founded naively sold kudzu, a Japanese vine, to farmers for use as a cover crop. The kudzu may have served its purpose for a moment, but it quickly became one of the most successful invasive species in the country, suffocating many of the native plants in its path and wreaking environmental and economic havoc across the south.

Geoengineers are similarly skeptical of whether mudslide prevention will ever truly be possible. James Hambleton, a professor of civil and environmental engineering at Northwestern University, says that saying no to potential solutions is “not in his DNA,” but also thinks that the best bet for people living in mudslide-prone areas is to move.

As climate change makes extreme weather increasingly commonplace, Hambleton is unconvinced that existing infrastructure will be enough. Some cities have special dams that channel flowing mud like a city-sized gutter, but those only work for very particlar topography. And piecemeal projects to improve natural drainage are essential, but aren’t always helpful on hills the size of those in Montecito. “It’s a very difficult thing to internalize and far be it from me to tell one person they should move out of this area,” he says. “But at the civilization level, we shouldn’t be in these areas.”

And if people won’t move? Well, Hambleton thinks the best hope would be to turn them into citizen scientists. If everyone had their own rain gauges and were contributing data to our scientific understanding of their area’s own microclimate, he thinks it may be possible to eventually create a mudslide warning system. “That’s almost the only way to know,” he says of a rain gauge. “You can see, whoop! We’re getting a lot of rain, high intensity, high flow in this area.” He thinks it could people just enough time to get out of the way. “Not hours, certainly not days,” he says. “It’d be minutes.”

While there’s a long history of soil conservation and disaster mitigation in the United States, retreating from climate changed areas has become increasingly common. Instead of rebuilding after Hurricane Sandy, people living in a floodplain on Staten Island decided to move. In December, Louisiana moved to finalize a plan that would declare its coastal plain uninhabitable, which would mean buyouts for people ready to leave and tax hikes for those who remain. We could see some Californians do the same.

Roosevelt famously said, “We have nothing to fear but fear itself.” He’s right in many ways. But lately it seems there’s reason to be spooked by the shifting soil beneath our feet.