Can We Make Our Subways Flood-Proof Or What?

What companies are doing to prevent future L Train shutdowns 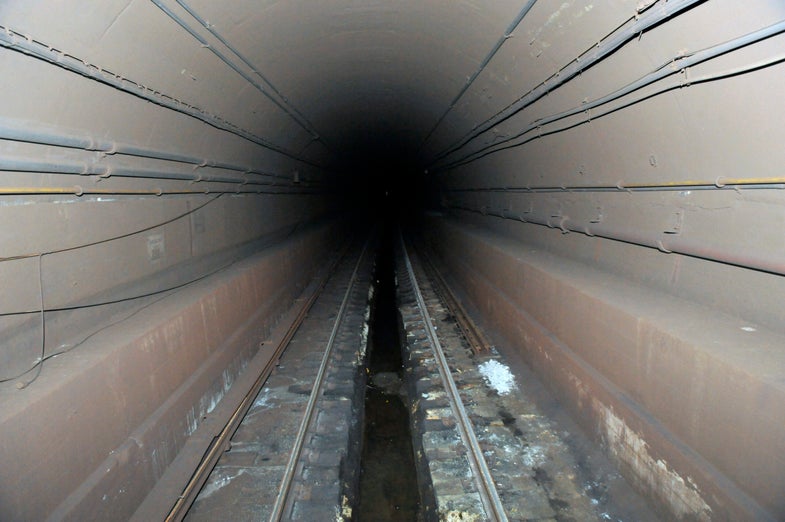 Crews have finished work to remove water from the Canarsie tubes that carry the L train beneath the East River between Brooklyn and Manhattan, and are now working to repair circuits for pump motor controllers that were damaged by seawater during Hurricane Sandy. Metropolitan Transportation Authority / Marc A. Hermann. Marc A. Hermann
SHARE

On July 25, New York’s Metropolitan Transit Authority announced an 18-month shutdown of the L Train between western Brooklyn and Manhattan, in order to repair a stretch of tunnel under the East River that was damaged during Hurricane Sandy. The L Train is one of the city’s most used subway lines, with an estimated 400,000 riders a day, including 225,000 who travel from Brooklyn to Manhattan.

Sandy dealt over $4 billion in damage to the city’s subway system, and no one expects it to be the last cataclysmic storm to hit the city. With the onset of climate-change-driven hurricanes and long-term sea level rise, coastal cities like New York are scrambling to find new technologies to protect their transit systems.

New York has already invested millions of dollars in next-generation solutions like retractable stairwell covers and passively automatic doors to close off flooded sections of a tunnel. In fact, while several coastal and low-lying cities around the world are beginning to install flood-protection measures, industry experts uniformly said that New York was setting the pace.

“New York City Transit is doing all sorts of amazing stuff,” Douglas Durney, the global marketing director of ILC-Dover, a Delaware-based company that has made a variety of flexible fabric flood closures for the city (as well as the Goodyear blimp and every space suit for NASA since the Apollo project). 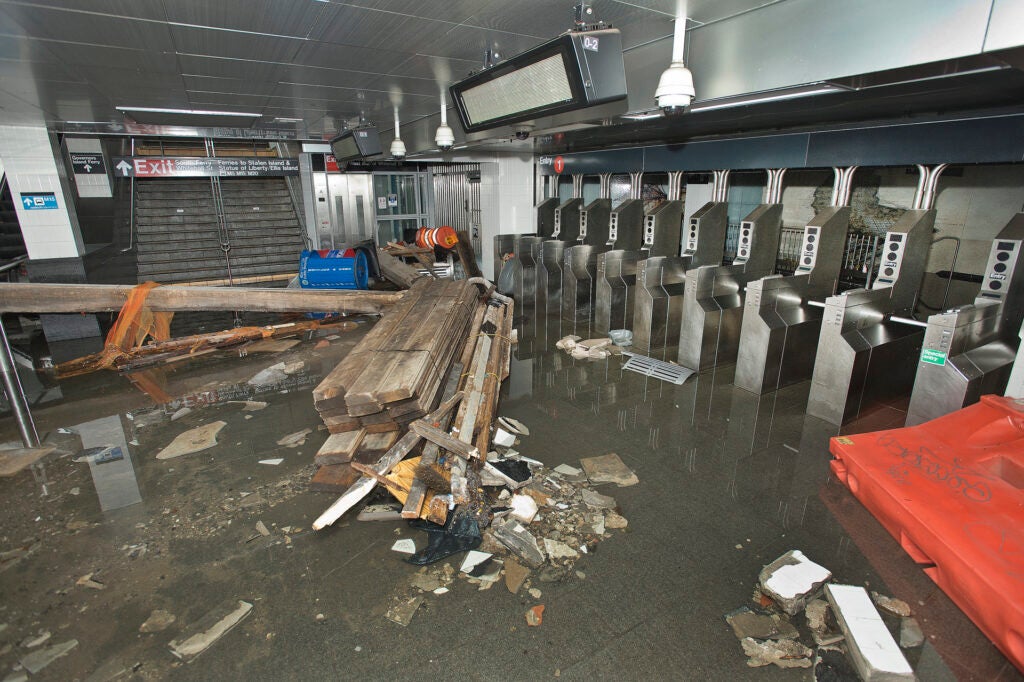 The New York City subway system sustained over $4 billion worth of damage when Hurricane Sandy made landfall in fall 2012.

Last year ILC won a contract to install 25 “flexgates” on stairway entrances to subway stations in the low-lying areas near Canal and Varick Streets in Lower Manhattan, 14 of which have been installed. Stored in an unobtrusive metal case at the top of the entrance, the cover – made of tightly interwoven Kevlar belts and a layer of waterproof fabric – is designed to be unrolled quickly in the event of a flash flood. “They work like a window shade that you pull horizontally,” Durney said.

ILC is also working with the Transportation Security Administration on a “resilient tunnel plug,” essentially a giant air balloon that is stored in a tunnel and rapidly inflated in the event of a flood or biochemical attack – “Like a giant air bag,” Durney said. A prototype plug was being installed in an American subway system this year, though Durney said he’s not allowed to say where, citing security reasons.

Another company developing next-generation flood protection for the New York subways is a Houston-based firm called FloodBreak. The company’s president, Lou Waters, founded the company in 2002 after his house was inundated by a flash flood. “Hurricane Allison turned our city into a lake,” he said, “and I saw the devastation firsthand.”

Today FloodBreak offers a suite of flood-protection devices for urban transit. The city has already installed dozens of the firm’s grate gates, which sit inside street-level grates that allow fresh air to enter the subways. “I always tell people to think about that picture of Marilyn Monroe on top of the grate with her skirt blowing up,” he said. “That’s what we’re trying to protect – thousands of those.” The gate doors are hinged, and in the event of a flood, the weight of the incoming water pushes on side down, closing the gate.

For Waters, the key to a successful flood-protection system is to minimize or eliminate human or power requirements, to reduce the possibility of error or malfunction. “Any time you depend on people for the process to work, you have a significant chance that it will break down,” he said. “We try very hard to have everything be passively activated.

Another idea from FloodBreak, still in development, would apply the same passive-activation approach to the stairwells leading into a subway station. Each stairway would be a solid piece on a hinge at the top. In front of each stairwell would be a grate, which would lead to a reservoir under the stairs; rising flood waters would first fall into the reservoir, which would push up the stairway until they were parallel with the street, sealing off the station below.

For MTA, the priority is closing off the subway system at its entry points, to prevent water from getting in. But if it does – either because the protection mechanisms failed, or because a terrorist attack or another catastrophic event breached the tunnel wall – the authority needs to develop a way to fix inundated stretches.

Rick Adler, the president of RSA Protective Technologies, has a solution: a submersible repair train. In Adler’s design, subway tunnels would be retrofitted with regularly placed sealable doors that would close off flood waters; using them like an airlock, a waterproof train would enter flooded area. Workers in diving equipment would then slip out to fix the breach. 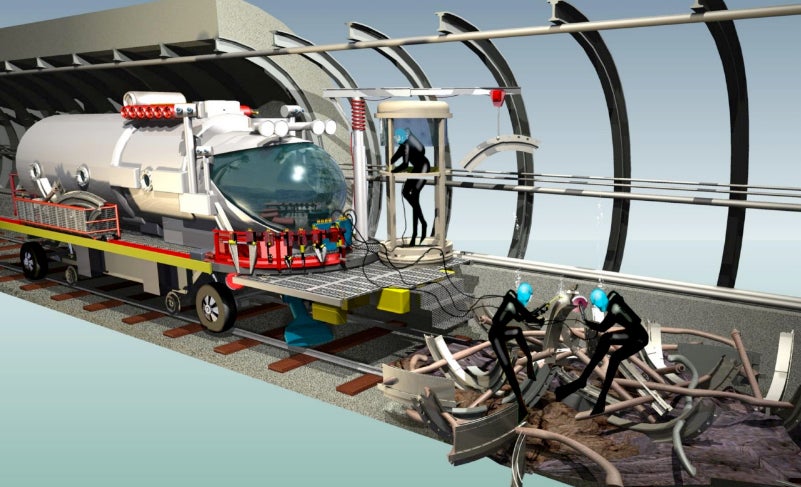 The train would be battery powered and self-contained, allowing divers to return for tools, air, food, and other supplies during repair of flooded subway tunnels.

Adler has developed several more conventional flood barriers and covers for subway systems, but so far he hasn’t won any commissions for his submersible train idea. “It’s too far in the future,” he said. But as New York and other city’s rush to deal with the new reality of climate change, it seems the future is arriving fast.

Correction: this article originally misstated the number of flexgates installed by ILC Dover. It was updated with the correct figure after publication.