Melting ice probably isn’t causing extreme winter weather, but there is a connection

Understanding the link between the loss of arctic sea ice and winter weather is key. 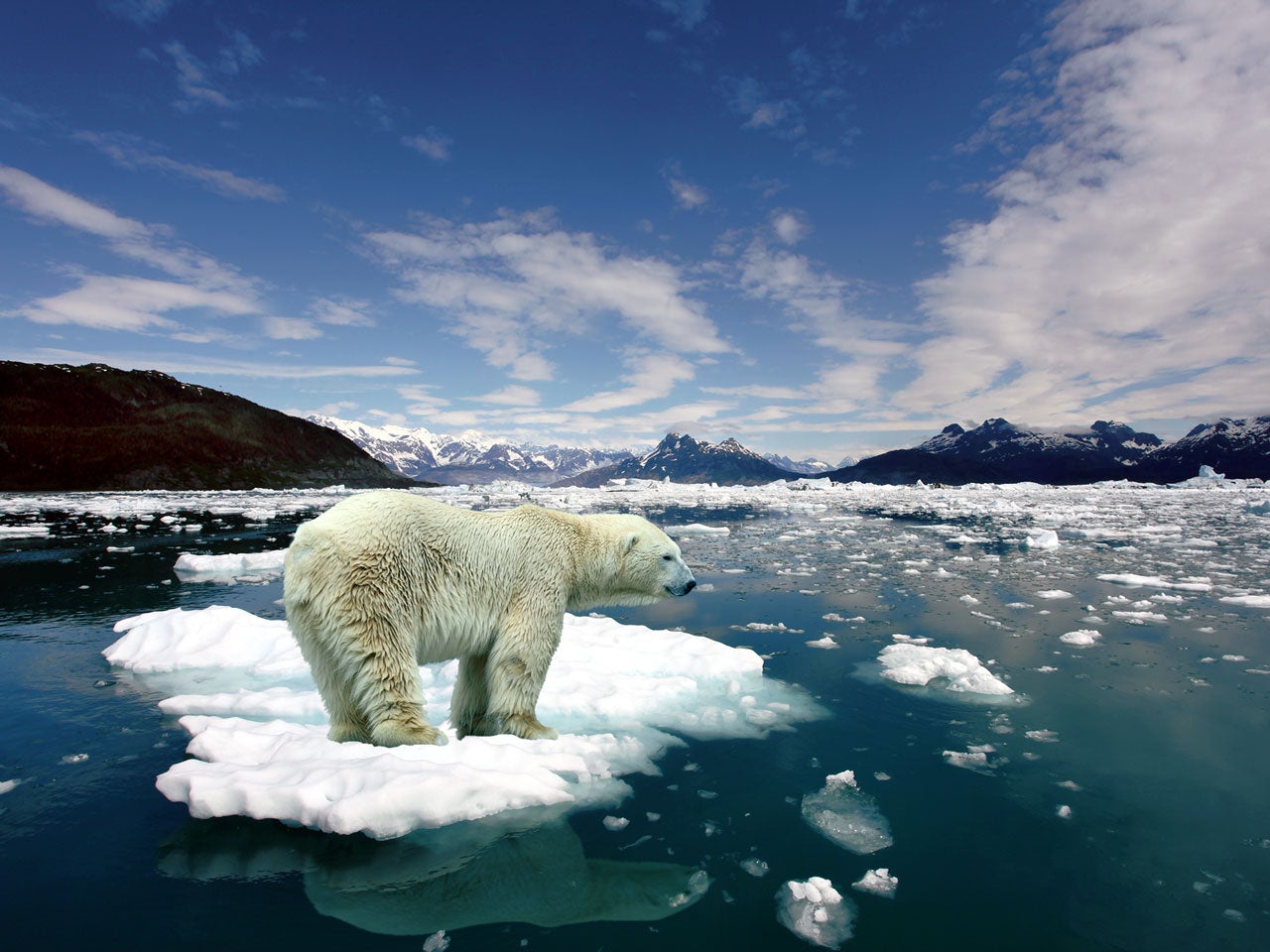 Climate change skeptics often point to recent, record-breaking winters as evidence against global warming. But in reality, greenhouse gases may be just as responsible for extreme winters as they are for heat waves. For decades, experts have observed that melting ice in the Arctic (caused by climate change) coincides with unusually bitter winters at lower latitudes.

Sea ice forms in the fall and thickens through the winter, creating a barrier between ocean and air. But as the Arctic warms, some climate scientists have suggested that the melting ice sends our weather into the extremes. The logic is that heat from the ocean could more easily travel into the atmosphere without ice to block its path. Warming Arctic air could create a high pressure cyclone that sends a stream of cool air south, ultimately changing global air circulation and altering weather patterns. In that way, an ice-free Arctic could ostensibly unleash brutal winters around the world. But new research suggests it might not be a simple case of cause and effect—there could be something bigger at play.

In a new paper published in Nature Climate Change, Russell Blackport, a mathematics fellow who studies climate modeling in the Arctic at the University of Exeter in England, and his colleagues demonstrate that even though the loss of sea ice and harsh winters coincide, the first isn’t causing the latter.

This relationship between Arctic ice melt and continental cooling has “been controversial for over 10 years,” says James Overland, a climatologist who researches the Arctic at the National Oceanic and Atmospheric Administration (NOAA) and was not involved in the current study.

With this paper, the authors claim to have laid the debate to rest. Blackport’s team looked back at 40 years of climate data in the Arctic, North America, and Eurasia and compared the real weather data to information from climate models, which are computer programs that mimic and roughly predict climate and weather patterns.

First they looked at the physics: Specifically, how heat moving between ocean and atmosphere in the Arctic, a process called turbulent heat flux, affects weather in more southerly regions. And what they found was in direct contrast to the original theory. When the sea ice melted, and the ocean warmed the arctic air, it didn’t cause harsher winters in the real weather data or climate models. However, when the reverse happened—when the arctic air warmed the ocean—mid-latitudes did experience a cooler temperatures.

It’s possible that a single atmospheric change sends cold air into lower latitudes and warm air into the Arctic where it melts the ice, says Blackport. The two effects might be simultaneous, but one isn’t causing the other.

Next they looked at timing. In the years where harsh winters did coincide with melted sea ice, the sequence of events was off. The cold winters tended to occur first, one month before there was significant sea ice melting in the Arctic. If sea ice melt caused harsh winters, Blackport says, the ice would melt first.

Finally, the group ran controlled experiments using two climate models, HadGEN2 and EC-Earth, set as close to present day conditions as possible. “In the model we can melt sea ice artificially” and monitor the effect on air circulation and continental temperatures, Blackport says. Manipulating the climate models gave the same results as the real world: Melting sea ice didn’t cause winters to worsen.

Before now, it seemed there was discrepancy between real weather and climate models. “A lot of people thought that because the correlation [between sea ice and extreme winters] was real but that the models didn’t show the cause-effect response, that the climate models were wrong,” Blackport says. But by carefully going back through observational data and comparing it to the models, the researchers found that what may have looked like cause and effect was merely correlation. Climate models may be more accurate than many thought.

Even if melting sea ice isn’t causing extreme winter conditions, the two are still tightly linked, the study says. And Overland of NOAA cautions it is premature to dismiss causality altogether. Even if both processes are driven by atmospheric changes, he says, the sea ice melt, once initiated, could help reinforce cooling weather patterns.

But if both ice-melt and extreme winters are side effects of atmospheric changes, what’s driving the atmosphere? A 2014 study suggested tropical warming might be to blame, but Blackport remains skeptical. His team is now using the same method to determine if the connection between Arctic warming and harsh winters could be caused, instead, by unusual, wavy behavior in the jet-stream (a narrow band of strong air currents that moves around the globe).

It’s hopeful that Arctic thawing isn’t causing record-breaking winters, Overland says. The loss of the icy ecosystem is devastating enough on its own. Still, the newest data shows that the issue is far more complicated than simple cause and effect. A look at real weather tells us Arctic ice and winter extremes are inextricably linked—the question that remains is how.