A Sticky Sensor That Attaches To Internal Organs

Capable of measuring electrical activity when affixed to rats' hearts 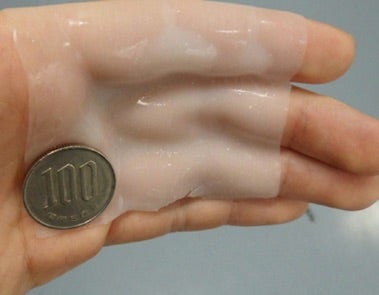 Eww, what’s that on this guy’s hand? It’s a sticky sheet designed to attach electronic sensors onto organs in the body. See how the sheet holds up a 100-yen coin?

A team of researchers based at several Japanese universities made prototype sticky sensors that they’ve now tested on the still-beating hearts of living rats. The sensors measured strain and electrical activity, both of which are created when a heart beats. In a test, the sensors maintained good contact with the rats’ hearts for three hours.

It’s not clear to what extent surgeons actually need to stick sensors on hearts or other organs while they’re operating, but perhaps this research could lead to other types of on-the-body sensors that are able to stick, even in wet and slippery conditions. It certainly is a cool bit of work in making a flexible electronic device. The engineering team demonstrated the prototypes’ durability and adhesiveness in a few fun ways, by sticking a strain sensor on someone’s knuckle and by adhering an array of sensors on an inflated balloon, then deflating it. Even after such tests, all systems were a go. 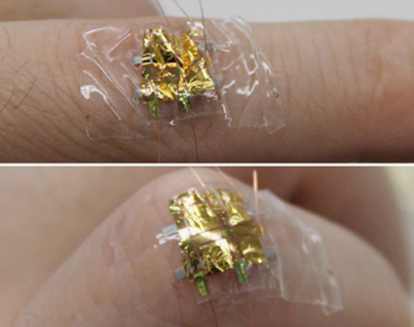 The team published their work in the journal Nature Communications.