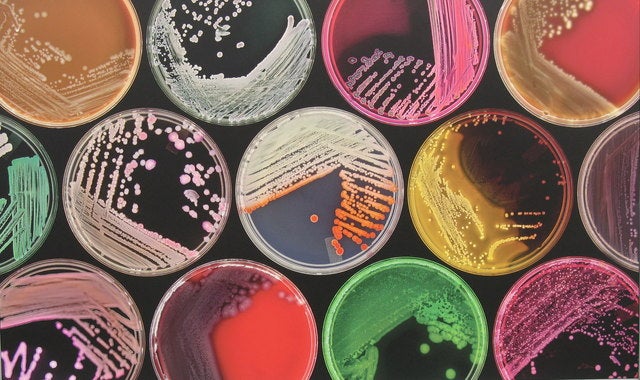 For decades, DNA testing has been the standard test used to identify sexual assaulters. Authorities try to gather samples of DNA from hairs or bodily fluids found on objects at the crime scene like clothing or bedding. Sometimes victims have their attacker’s DNA on their bodies, so forensics experts gather samples there, too. When they find a sample of DNA that doesn’t match the victim, authorities can match it to DNA information already in an extensive database of sex offenders.

This method has lots of limitations. DNA tests are much less effective if the victim has showered or washed clothes before going to the authorities. Plus, sex offenders have gotten wise to how DNA tests work. Some have started using condoms so they don’t leave any bodily fluids behind as evidence. In one high-profile case, a rapist planted someone else’s DNA in his own body to evade the tests.

In a new study, published yesterday in the journal Investigative Genetics, researchers have found another way to identify assailants, using the telltale bacteria that colonize pubic hair. “The transfer of bacteria between victim and offender, in rape cases, may provide a new way of linking the offender to the victim, in instances in which no human DNA is transferred,” said Silvana Tridico, a forensic biologist at Murdoch University in Perth, Australia and lead author of the study.

Microbiomes can be as unique as snowflakes.

Bacteria live all over your body, both inside and out, and can be influenced by lots of factors, from the air you breathe to the food you eat to who you hang out with. But because each person’s body is different and what they’re exposed to varies, microbiomes can be as unique as snowflakes. For this study researchers looked specifically at the bacteria that live on hair. The hair on your head isn’t a strong indicator of your unique microbiome because it is more influenced by microbes from your surrounding environment. The microbiome in pubic hair is more individual.

Researchers found that on average men have 73 distinct microbes living down there, and women have 76. People who have intercourse can infect each other’s pubic microbiome, the researchers confirmed. In cases of sexual assault, forensics experts may be able to identify assailants based on the bacteria on hairs left behind in an attack or on the victim’s body.

This study was small, with only seven subjects. (Over 230,000 people are sexually assaulted each year.) And the researchers aren’t sure that the microbial results are more reliable than current DNA tests. In future work they hope to narrow down exactly which types of bacteria vary most widely, and thus might make the best identifiers.