What’s Causing The Flooding In Texas?

Everything's bigger in Texas--even the weather 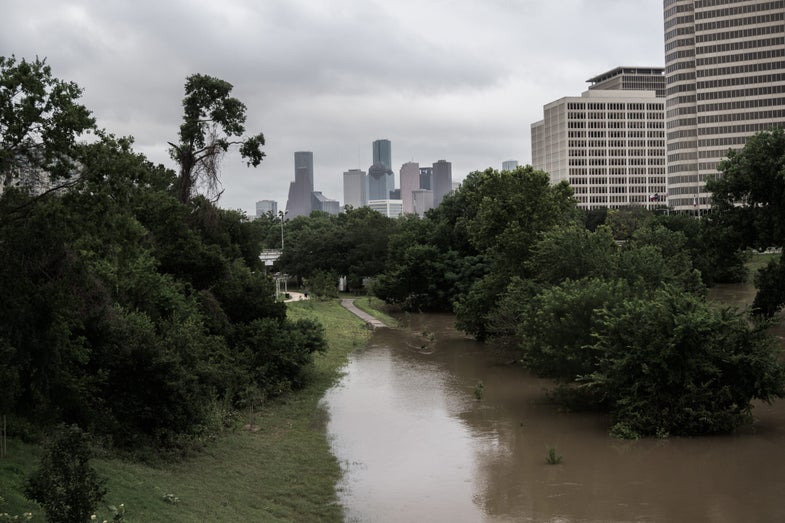 Floods struck deep in the heart of Texas this week, killing 16 people, damaging thousands of buildings, and generally catching people off guard.

It’s been the rainiest month in Texas history, effectively ending the drought in most of that state. So what’s going on with the weather?

The weather might be unusual, but it isn’t unprecedented or unexpected in a state that gets battered by tropical storms, hurricanes, and strings of thunderstorms–like the ones that happened in 1957, when flooding eerily similar to this week’s killed 17 people and damaged homes and buildings.

In this particular case, the source of Texas’ agony is located way out in the Pacific Ocean. “I think the event in part is attributable to El Niño,” Texas State Climatologist John Nielsen-Gammon told Popular Science.

El Niño conditions occur when sea surface temperatures rise above normal in the Pacific Ocean. That change in temperature can affect wind and weather patterns around the world, including changing hurricane forecasts in the Atlantic.

In the case of Texas’ recent weather woes, El Niño shifted the location of the subtropical jetstream, a swiftly-moving current of air in the atmosphere. The new location was further south, near where warm, moisture-laden air from the Gulf of Mexico and the Atlantic Ocean was heading inland. The combination led to the intense thunderstorms with their attendant downpours that caused flooding in parts of the state.

What about the role of climate change? “Certainly, events like this have increased odds of happening because of climate change,” Nielsen-Gammon said. While El Niño conditions were the immediate cause of this week’s weather, he explained that warmer temperatures in the atmosphere mean that the air can hold more moisture, making storms like these larger and more damaging.