Hint: It’s a powerful combo of steam and heat. 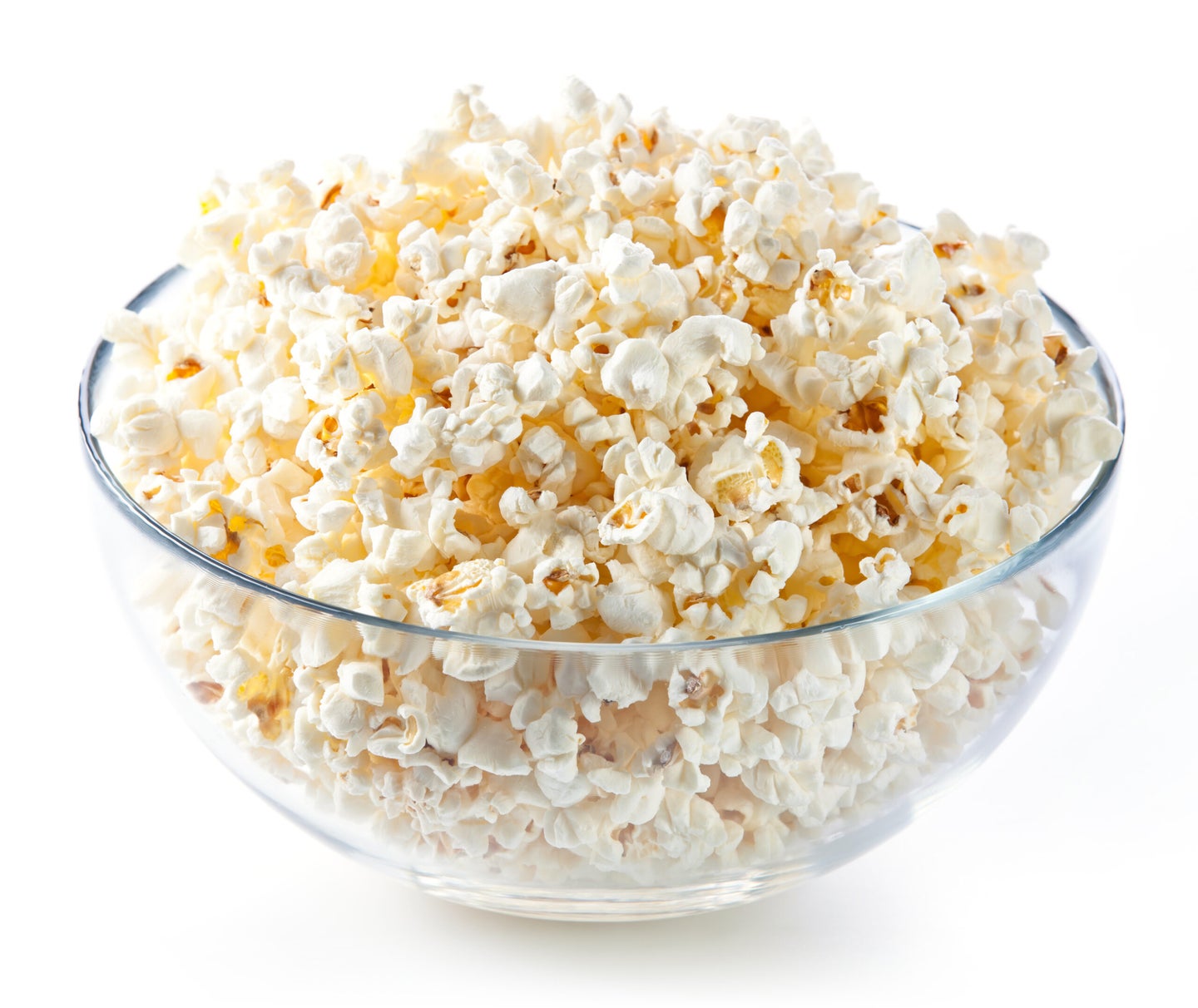 Like Diana Prince turning into Wonder Woman, a handful of popcorn seeds can, in a flash, burst out of their shells and become something far greater than before. Accompanied by the sound of a mini-explosion as they make their transformation, the kernels expand up to 50 times their size, making them fluffy and chewable, with nutritional benefits, like fiber and antioxidants,that make them a superhero of snacks.

But just how do those tooth-cracking kernels transform into a fluffy movie snack?

A popcorn kernel has three key components: The tough outer shell known as the pericarp, a middle layer known as the endosperm, and the innermost portion known as the germ or seed embryo. Packed inside each popcorn hull is water and starch. When popcorn kernels heat, the water turns into steam. This vapor creates pressure inside the seed. As the pressure builds, the starch starts to soften. When the seed reaches about 350 degrees, the hull, or pericarp, explodes under the pressure, and the starch breaks the confines of its shell.

So if each kernel is destined to pop under heat and pressure, then why are we always left with unpopped kernels at the bottom of the bag?

Each seed needs a moisture level of about 14 percent. If the water content falls below this level, there’s less steam, and less of a chance that the kernels will be put under enough pressure to pop and expand.

The reason they are packed solid with nutrients is because popcorn kernels have an average of 4 percent water compared with 90 percent water in fruits and vegetables. When the kernels are popped what remains is starch and the skin, which is where the fiber and polyphenols reside. Upon digestion, the fiber delivers the polyphenols into the bloodstream, which in turn, can positively influence the popcorn muncher’s health.

With three and a half grams of fiber per three-cup serving, popcorn also ranks among the Mayo Clinic’s list of healthy, high-fiber foods.

Are you ready now to experiment? On your next trip to the supermarket leave the microwave bags on the shelf and have whoever does the grocery shopping pick up a bag of plain popcorn kernels.

If you’re not sure how to make homemade popcorn, don’t worry. We’ve got the instructions, right this way.