More Evidence Life Could Have Come From Beyond 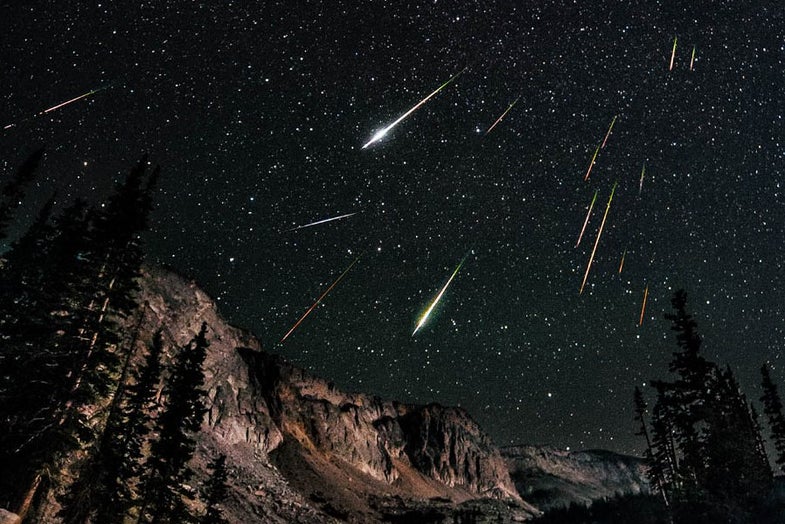 The word is a mouthful but it represents one of the most intriguing theories about the origin of life on Earth. Quite literally, it means life began from an extraterrestrial source and came here by hitching a ride on a rock, more specifically, a meteorite. The idea the entirety of biological life coming from afar makes for fantastic sci-fi fodder, but proving it to be possible has been even more entertaining.

The initial idea of panspermia began in ancient Greece but wasn’t fully accepted until the early 1900s, when German physicist Svante Arrhenius outlined just how this could happen. In the vastness of space, dormant seeds and spores resistant to the harsh conditions hitch a ride onto particles and travel the universe. Some eventually are drawn in by the gravity of a planet and end up on the surface. If the conditions are right, they can rise from their slumber and start growing, thriving, and evolving. The idea is hard to believe and for over a century, there was little evidence to prove the postulate. Yet by the turn of the 21st century, some of the clues began to fall into place.

First, spores were indeed able to survive in space as long as they were protected from cosmic rays. When tested in the matrix of a meteorite, the survival increased to levels capable of initiating life on another planet. Over the years, other microbes were added to list, suggesting part of the theory was indeed plausible.

Of course, survivability in space does not a terrestrial microbe make. Depending on the timing of entry, the Earth would not be the inviting environment it is today. Several factors would be extreme, including temperature, atmosphere, and nutrient supply. But amid the myriad of species on Earth, several are capable of surviving the harshest of conditions. Aptly named extremophiles, these species could indeed survive the conditions of pre-historic times and thrive.

Even with the ability to survive in space and on land, there is still a gap in the ability to turn fantasy into plausible reality. The microbe has to survive the stress of atmospheric entry. The heat could potentially kill the hardiest of spores and leave nothing more than a lifeless organic husk – or ash – on the soil. Proper shielding could offer hope but the evidence was scarce at best. One particular study in 2010 managed to send a species of algae through the entire entry process but it did not survive. In 2014, another study revealed DNA could survive the journey but this could not be extrapolated to life itself.

Last week, the theory received a boost thanks to a study by a team of Russian scientists. They found fully formed bacteria shielded by a meteorite could survive the entry process and initiate growth. The results may help to spark a new wave of tests to determine which species could actually represent the origin of life on Earth.

The group worked with a thermal-resistant extremophile known as Thermoanaerobacter siderophilus. It was discovered in 1999 in vents proximal to the Karymsky volcano in Russia. The bacterium is capable of not only surviving high temperatures, but also can grow in the presence of iron and form endospores in stressful environment. This made it the perfect candidate for testing. The species was grown up, dried and placed into an artificial meteorite. The test object was 2¾ inches in diameter and comprised of a compound considered to be excellent for mimicking meteorites, basalt.

The meteorite/bacteria combination was placed onto the outside surface of the FOTON-M4 satellite and then sent up into orbit. After 45 days, the satellite returned to Earth exposing the meteorite to the extreme conditions of entry including a stretch where the temperature was over 1800 degrees Fahrenheit. Once the ordeal was complete, a parachute brought the satellite to Earth allowing for testing to be completed.

Back at the lab, the bacteria were put into media for any signs of growth. To be sure no contamination was possible, strict aseptic technique was performed and sterility controls were used. With no extraneous growth detected, the researchers knew any signs of life would be solely from the samples.

It took five days but eventually, there was growth. Not all of the samples survived (4 of 24) but those that did grow as if nothing had happened. For the researchers, this was an incredible observation. Although it didn’t help to answer the greater questions on the origins of life – T. siderophilus is most likely not our original life form – the results did reveal lithopanspermia is entirely possible.

This study was the first documented case of microbial survival but the researchers suggested this is only the beginning. Future tests can now be performed on other microbial species using T. siderophilus as a positive control. This will allow for more scientifically valid experiments as well as open the door to testing a wider variety of species. Though the journey may be slow, the path towards finding the truth behind lithopanspermia is now clear and may offer hope to finally figuring out how life began on this pale blue dot we call home.