New toys for an old sport 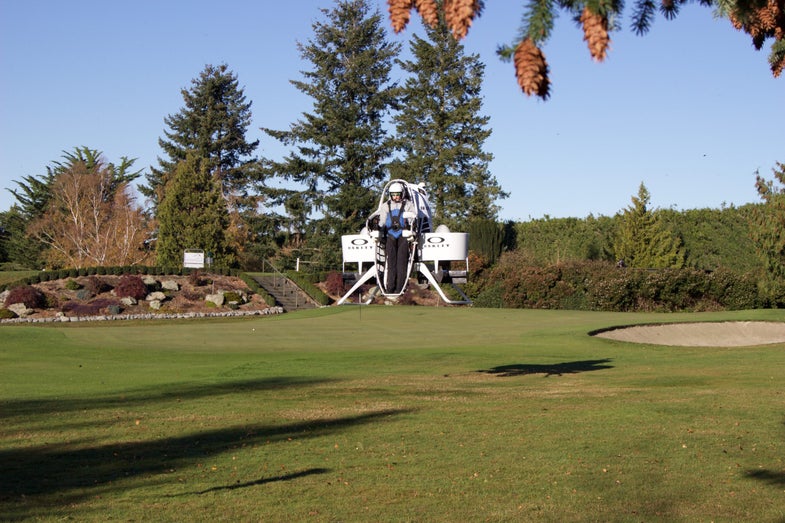 Golf is an old sport. In Rio, it makes a return to the Olympics after 112 years of absence. Much of the technology introduced to the sport in the intervening century is either subtle, in the form of clubs, or already passe and ubiquitous, like the golf carts that carry players to and for. To bring some hype to the old game, why not use a jetpack?

Everything in the video is real. The jetpack is a real working model built by New Zealand’s Martin Aircraft and currently being demonstrated to potential customers at the Airborne Law Enforcement Association in exposition in Savannah, Georgia. The pilot, Mike Read, is real, and has flown with Martin Aircraft in some capacity for two years now. Even Oakley, the sunglasses brand plastered all over the aircraft, is as real as any brand is.

The video, put together by viral marketing firm Thinkmodo, is the latest collaboration between Oakley, golfer Bubba Watson, and some weird vehicle. Last time, they found a hovercraft golf cart. This time, they reached out to Martin Aircraft, whose personal flying machines are set to go on sale either later this year or in 2017.

Flying a jetpack at a golf course is more of a stunt than a suggested future use, but if there’s anything a vehicle for golfers needs to be, “relaxed” is near the top of the list.