Watch A Flamethrower Throw A 50-Foot Flame In Slow Motion 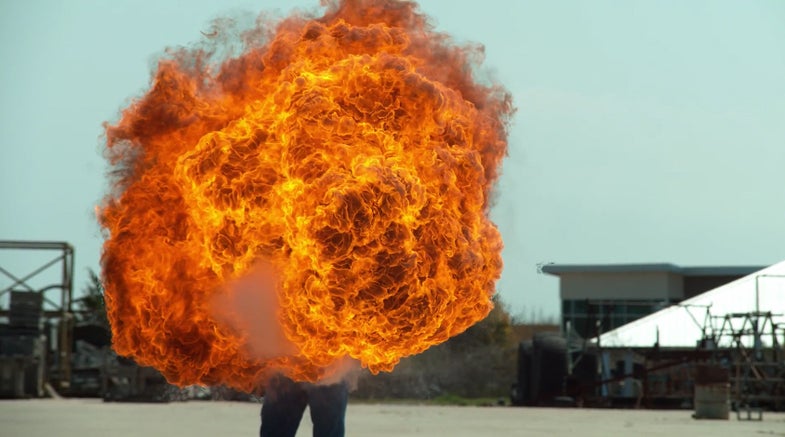 Flamethrowers are one of the most horrific weapons ever invented. They are so awful that their use by uniformed militaries is generally a war crime. Yet there’s a beauty to raw fire jetting forth, and that beauty is best captured by the Slow Mo Guys, far away from anything that can possibly catch fire.

And here it is again, slowed down:

It is at least as terrifying when coming straight at the camera:

Bizarrely, so long as they aren’t attached to drones, flamethrowers are something private citizens can legally own in most United States (Maryland has a blanket ban on flamethrowers, and California requires a special license). In the United Kingdom, which as a rule has tighter controls on weapons, subjects aren’t allowed to own flamethrowers, though perhaps if they make a thermite cannon they can still lob fire at quite some range.

Watch below, and after that, check out the Slow Mo guys firing an AK-47 underwater: